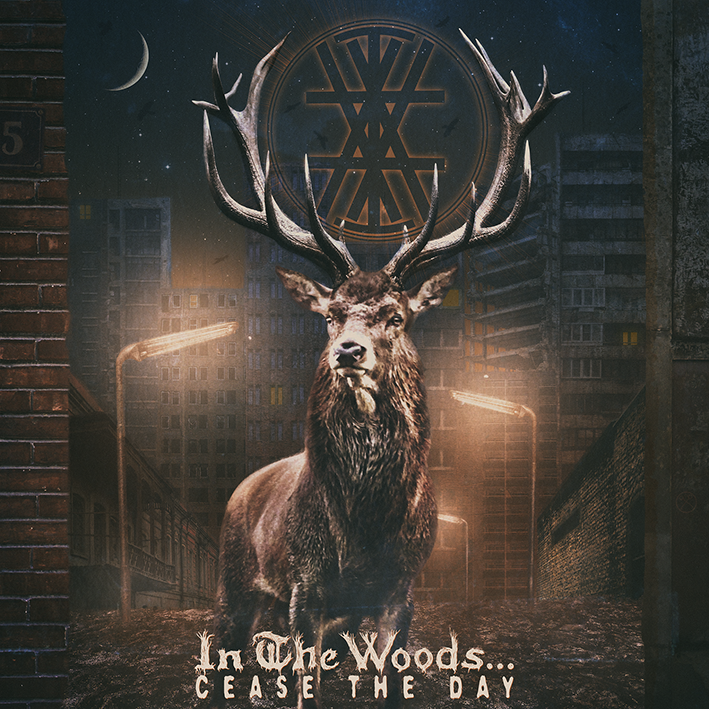 Straight from the Kristiansand (what an irony), the band has an interesting history (doesn’t all black metal bands have it?). The band was formed in 1991, by Green Carnation members. I have to write that carnations, at least here, in Serbia, are synonymous for death. So, the band name is absolutely defines the genre (death metal for  ignorant’s). Anyway, In The Woods seem to be one of the first bands who have ever used term „Pagan Metal“. Working with medias, usually magazines, the band had an confusing tradition. Instead of sending band promo pics, they were sending forest pics. The band with an idea!

Following In The Woods, you can notice they have experimenting a lot. Back to 1995… “Heart of the Ages” album… The band pushed the limits of black metal, enriching it with keys, female vocals and frightening male vocals. At the other hand, clean vocals were there in function to calm down fury that synergy of keys, screams and female vocals brought. Over the years, the band was changing, even split up in 2000 and reformed in 2014. In the year of 2018 we are speaking of “Cease The Day”.

Album contains eight songs. An opener, “Empty Streets” bought me from the first lines. Well, the vocals bought me instantly to be precise. Of course, since in past few weeks my life is hell, an atmosphere is just about the perfect for my mental state.

“Empty the Streets” is bringing killer vocals. The perfect lullaby for depressed fans. Some might say over nine minutes long song is too much, but just listen! Poetry is in the foreground, not just in this song, but it predominates the whole album. The atmosphere, as expected is diabolically melancholic (if that term even exists).

Listening even first song, influence of first wave of black metal are obvious.

The next one, “Substance Vortex”, lyrically points to drug abuse and compared to the previous one, it goes to different course using synths and acoustic guitars.

Song by song (and I have found absolutely unnecessary deep analysis of each one) Fogarty’s vocals are potentially dangerous for mentally unstable fans. Overall, the album and Fogarty’s vocals are extremely emotional. Maybe clean vocals do not associate to black metal to most of people, the beauty of this album lies right there! Yes, there are scream vocals, but they fall into oblivion once you hear beauty clean vocals bring.

The feel of loneliness, solitude, emptiness permeate the lyrics.

The highlight of an album is outre. As I was spinning only “Empty Streets” at least for two days after I received album, recognizing opening verses and refrain in outre… Oh joy, oh joy!

What is interesting about the In The Woods is that the band has no safe zone. They are always different, changing and mixing styles, progressing… So as this time. Album offers diversity, originality, healthy dose of experimenting…

“Cease The Day” is warm recommendation for cold winter days. If you like black metal spiced with touch of doom than grab it!

6. Strike Up with the Dawn

Here is the full stream of their release: