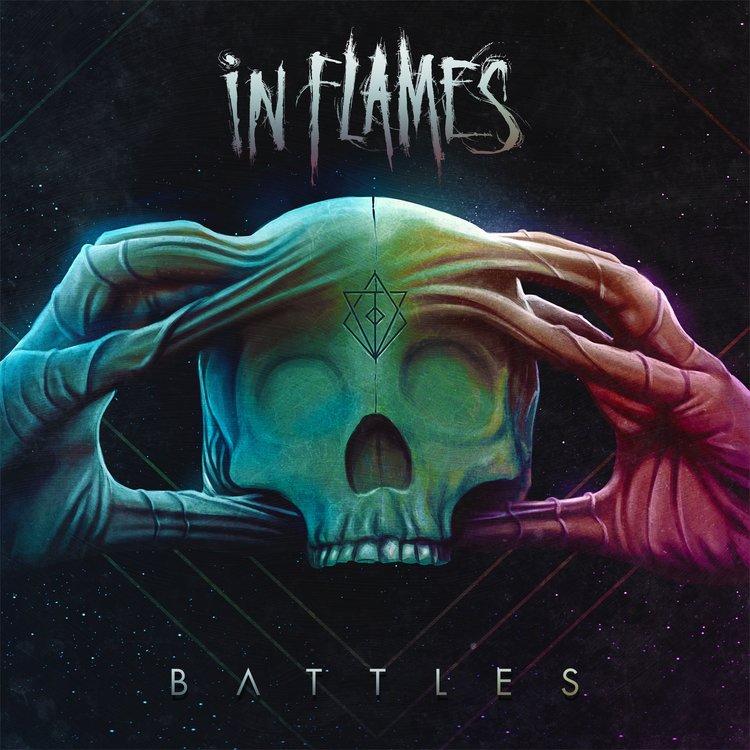 When a band wants to make progress in their musical career, some experimentation isn’t a bad thing. In most cases, however, it means that they will not be highly praised for what they did.

The Swedish quintet with twenty six years of musical experience, In Flames, is one of those bands who are constantly trying to experiment with different genres of metal, abandoning their original musical style, in order to be unique. Known as one of the innovators of melodic death metal, along with the bands Dark Tranquility and At The Gates, they are the third member of the holy trinity of Gothenburg Sound.

With the first five albums featuring the vocals of Dark Tranquility’s singer, Mikael Stanne, especially the first one, “Lunar Strain”, and “Jester Race”, the Gothenburg “Pink Panther jewel”. They gave us a definition of flawless melodic death metal. With the album “Reroute to Remain” from 2002, they dramatically changed their musical style and begin a new era in their career, turning to the alternative metal.

The things started to go wrong in 2010, when the mastermind Jesper Strömblad left the bend and the bend released their eleventh studio “everything is gone” album, “Siren Charms“, that marked the loss of their identity, and made the name In Flames sound like one belonging to an obscure, unimpressive metal core band.

Two years later, In Flames are back with one of their most experimental and, sadly, tragic release, “Battles“, which continues their synthetic patterns of the previous “Siren Charms“. The album opens with the song ‘‘Drained”, where it is noticeable that Friden’s vocals are a little bit stronger than on the previous one.

The second track and the first highlight on the album, “The End”, brings the bend back to their melodic approach with some “A Sense of Purpose” vibe shinning effects. With the single “The Truth“, In Flames give us the message about their attitude to the diehard fans that prefer the pre-2011 period, making one of the most commercial and mainstream songs in their history; “Through my eyes” is characterized with a death metal intro and in some ways sounds like a piece from “Come Clarity“; “Here Until Forever” is a mellow, uninspiring ballad and one of the most unexpected things they have done so far; offering solid riffs and solos in “Before I Fall“, Bjorn and Engelin give the second highlight (and maybe the best song on the album).

Despite their attempts to make progress in their musical career, the structure of almost every song on this album is simplified, in a way which almost marks a typical post 2000’s in Flames song: uninspired and weak lyrics as if they were written for some pop punk band.

Guitar works of Bjorn Gellote and Niclas Engelin and session drumming of Daniel Svensson are soft as hell, far away from the level that was set twenty years ago. The riffs are too simple and forgettable, combined with the elements of electronic music and a children’s choir. Anders Friden, who used to be known for his ability to scream and growl, delivers terrible screams and harsh vocals.

With this pitiful record, the pioneers of melodic death metal, give us an unsuccessful and a kind of ‘‘super poppy” average album without the ‘‘copy paste” ideas from the previous works, with inoffensive, muted and childish songs in combination with electronic background. Their tragic battle to make progress lead them to defeat, losing a lot of their old school fans.

My name is Jovana Marković. Fleur Du Mal, the name I chose, is about the muse that you invocate when you need inspiration for mathematical skills, photography, poetry and some adventure.