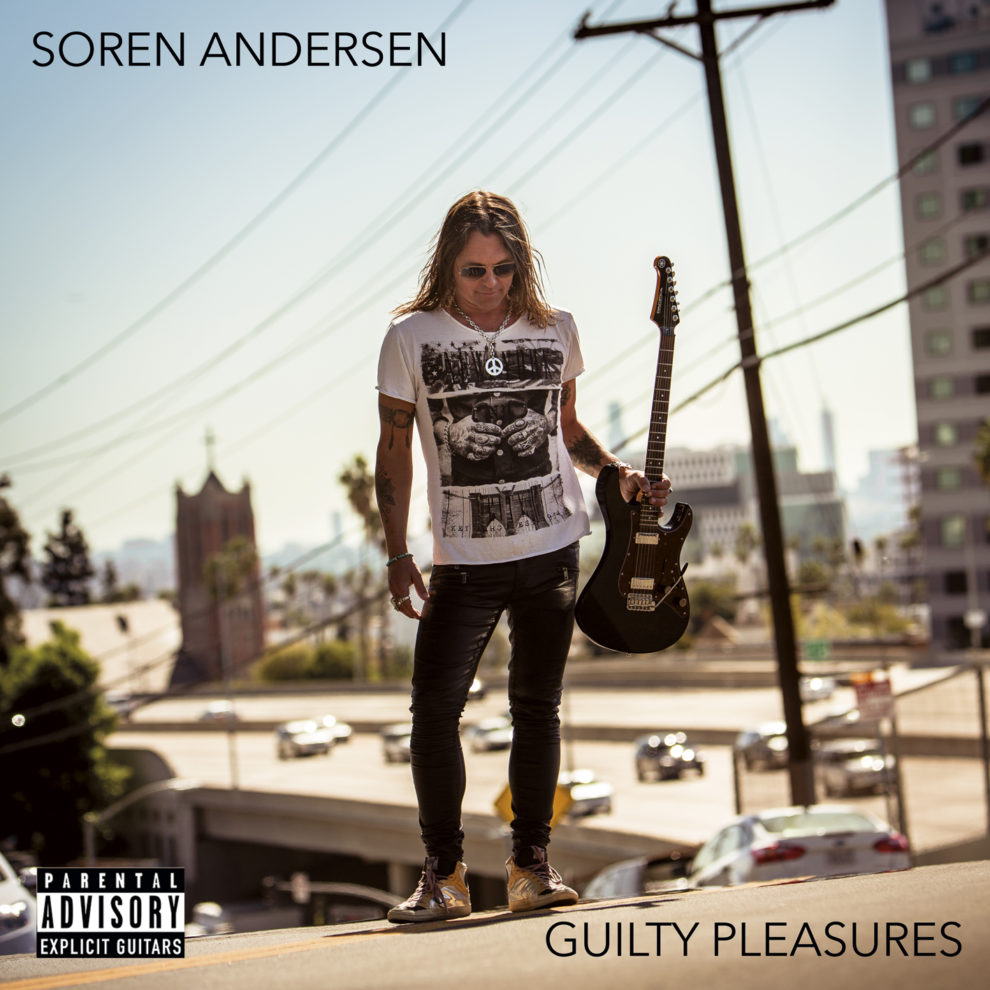 Couple years ago Gus G told me in interview something that first crossed my mind when I heard Andersen’s album “Guilty Pleasures”:

”I’m not a fan of instrumental guitar albums. I think it is cool to have few instruments on album, but I like to have vocals, I like to have songs. Listening to guitar for 30-40 minutes only, with no voice, for me its little bit boring. Plus, it’s hard to beat all that classical albums, Satriani and Vai.”

Well, back in 2017, when we had this interview, I could only agree with him. After I heard this album, I was wondering if I was right?

From the moment I got “Guilty Pleasures”, I was listening it a lot in various situations. And each time I heard something new. Album is full of layers and each time something new impressed me.

I won’t lie, at first, I was impressed by the visual appearance. If you are the child of 80’es, after you watch the first official video for “City of Angels”, you will understand why. The spirit of golden age of metal, L.A. (Venice Beach and Hollywood) are so naturally presented. The whole album flows natural, actually. Love and passion are involved in every single note.

The man who have spent over decade playing with Glenn Hughes, who is extremely talented, highly skilled guitar player, asked several guests to participate the album. Each guest should bring a present, so Chad Smith, Glenn Hughes, Marco Mendoza, Ida Nielsen have brought the best presents. Alongside talent they all have, their energy, love and passion combined with Søren ’s made perfection.

Whole album, no matter how much I want to avoid any comparison, sounds like Joe Satriani’s and Steve Vai’s masterpiece collaboration. It might be hard to beat all those cult guitar albums but Søren did it!

It is absolutely unnecessary to mention Søren ’s highly technical skills. But, that does not have to mean anything. The world is full of highly skilled musicians, but luck with authors. Søren has it all. And the most important, he lives music. He is 100% dedicated to music, and the result can be seen/heard in many of his projects.

“Guilty Pleasures” is wonderful journey through Søren’s life. In every single note you can recognize his influences like: 70’s classic rock, heavy rock, ambient and experimental music, as well as synth pop. In one word: variety is his trademark.

“Skybar” with opening riff recalls on Kiss “I Was Made for Loving You” (improved by something I would call alien rock) represents remarkable Ida Nielsen.

Except “City of Angels”, and “Satori”, “Beirut” might be my favorite song from this album. Here Søren proves why he is one of the top guitar virtuoso’s of young(er) generation.

“Bird Feeder” is another song that leans on classic/heavy rock. The video was filmed in Randers Regnskov, Tropical ZOO, Danmark. Beside music, Søren and his team will fascinate you with visual appearance again.

At the end, “Bipolar”. That might be the perfect definition of whole album actually. “Guilty Pleasures” is intertwined with various emotions, moods, rhythm, tempo, dynamic… 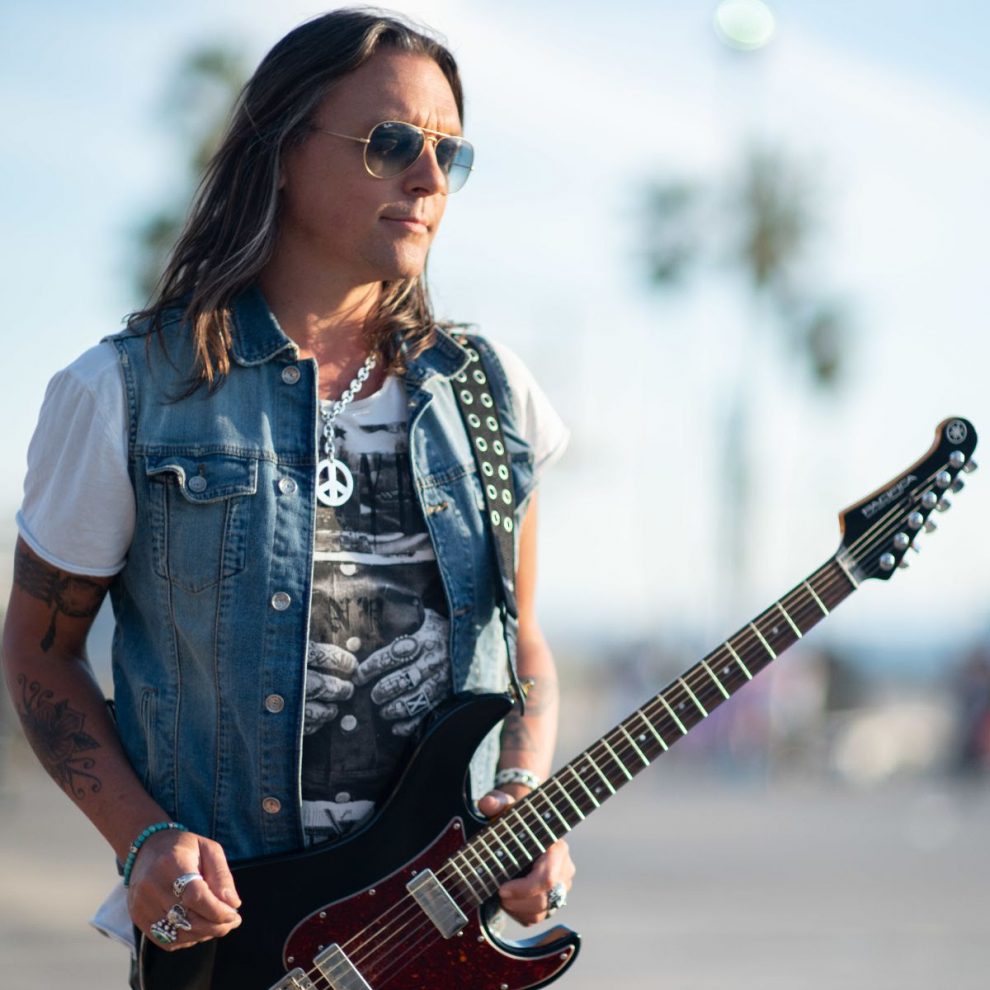 Back to the top of the review… After I hear “Guilty Pleasures” for at least 7000 times by now, all I can say is that lyrics and vocals are absolutely unnecessary. Guitar sings for itself. Just involve your imagination and this might be the best instrumental album you have ever heard. Anything but boring. Søren invested his heart and his soul in this project and it will be payed off for sure!

”This kind of album has been a dream of mine since I sat in math class and drew pictures of Marshall stacks in my school books when I was 14-15 years old. The songs have just added up over the last 30 years and this is the right time for me to finally fulfill this lifelong dream.”