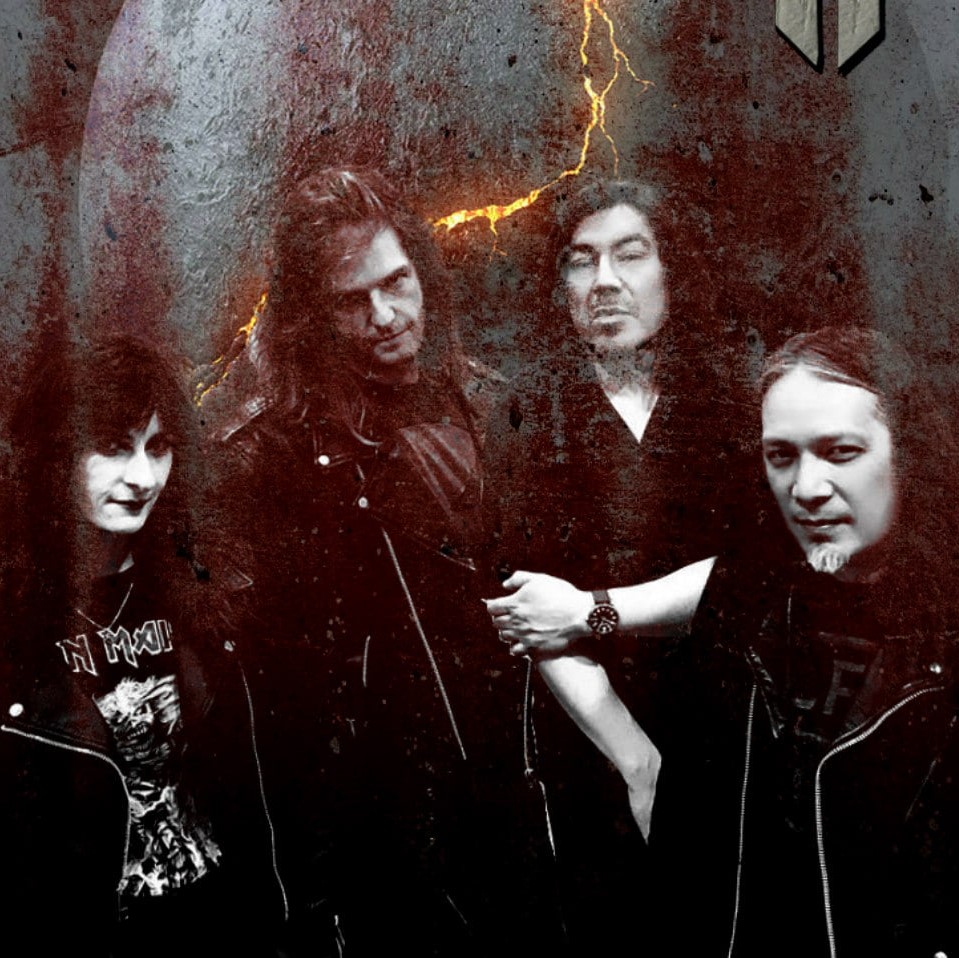 In this interview for Demon Reports – Journalist Vladimir Cincovic had an interview with Vocalist Eric Claro from American heavy metal crushers Thrust and American/Californian progressive power metal masters Blak Earth and Guitarist Bojan Josic from Blak Earth, as well about their upcoming debut record, which will be released in 2021, how Eric handles Covid-19 restrictions, Bojan’s thoughts on how should sound the true heavy metal , also about his personal role models that inspired him to make music from the start, more exclusive details about the band, below:

1. Tell me about your band Blak Earth, when it was formed, the inspiration and influences for your music?

Eric: After leaving the band Scarred for a short lived re-union in January of 2014. I decided to create a progressive metal band with a wide range of style brought by each musicians influence.

2. You released your new song “Voyager”, are you going to do the recordings – for the possible debut upcoming new record, when are you planning to release the debut record, as well?

Eric: We are currently in the studio working on more material and looking to record in a month or two. We will also be shopping for a label and hopefully release by summer of 2021.

3. Your name Blak Earth is interesting, tell me why did you choose that name for your band, what does it presents?

Eric: I got the name from a title of old song I wrote while in the band Scarred. The name represents purgatory between heaven and hell.

4. Eric what motives you the most to be a Vocalist, are those some personal role models or something else, what do you enjoy the most about being a Vocalist?

Eric: I think at this point in my career the joy of performing live and making people happy. It also helps that I’m singing the best I ever sang.

5. Bojan as a Guitarist, what is your opinion on how should sound the true heavy metal  – what is the main thing to create a perfect heavy metal sound?

Bojan: That is a good question! It’s somewhat difficult to give a straight answer, being that’s probably different for any musician you’d ask. In my opinion, the major part of the “heavyness” should come from drums and guitars as driving instruments in the band. It’s important for a bass and drums to lock in and provide a base for the rest of the band. I don’t think there’s such a thing as “perfect” in an art form like music, but we can, and should, all strive towards something great.

6. Bojan you were as well a member of Serbian rock band ALHEMIA, do you miss the times when you played in that band?

Bojan: Oh for sure! I played in Alhemia for about 8 years all together and all of us sort of grew together as musicians at that time. To this day I still notice little licks or tricks in my playing that come out which I picked up from Milos (guitarist). He is also an amazing audio producer and he was the one who actually mixed and mastered the single “Voyager” for us in his studio “Blaze”. Alhemia toured Serbia pretty extensively in mid-2000s and all of us spent a lot of time together, in and outside the band, wrote songs, partied and in general had some great memories together. I’m still in touch with all of them.

7. Can you both name me the best and the most iconic bands in your opinion and why?

Eric: Black Sabbath (Dio) and Iron Maiden – These two bands alone have influenced so many musicians and bands in it’s Genre and continues to with today’s new Metal Fans. I know they both influenced me in my career path.
Bojan: There’s a lot, past and present! I’m mostly a fan of bands that came in late 70’s and onward. So for me that would be Thin Lizzy, several of 80’s heavy prog bands like Savatage, Crimson Glory, Queensryche and Fates Warning. In the more recent years I really dig what Symphony X and Evergrey are doing, as they’re bringing those dark moments into the mix.

8.How do you handle this Covid 19 restrictions, not being able to play shows – what are your thoughts about it?

Eric: Since the lockdown Blak Earth has been able to write more and concentrate on writing amazing material. Sure we all miss performing live, that will all come soon enough.

9. When you started playing guitar, what were your role models Bojan? Which ones were the most important ones for you to begin playing music in general?

Bojan: It came in several stages, early on I heard Hendrix and Carlos Santana and they made a big impression but I was still too young to pick up the guitar. I remember I was probably around 15 when I heard Gary Moore and his “Corridors Of Power” and “Victims Of The Future” albums, my jaw dropped. Later I heard Dire Straits and completely different approach to rock music, so Mark Knopfler became an obsession and a direct inspiration to pick up the guitar.

10. For the last question of the interview, do you have a special message for the fans and the audience?

Eric: Thank you to all our friends, family and fans for all their support. Please stay tuned for the new album coming 2021. Looking forward to seeing everyone.