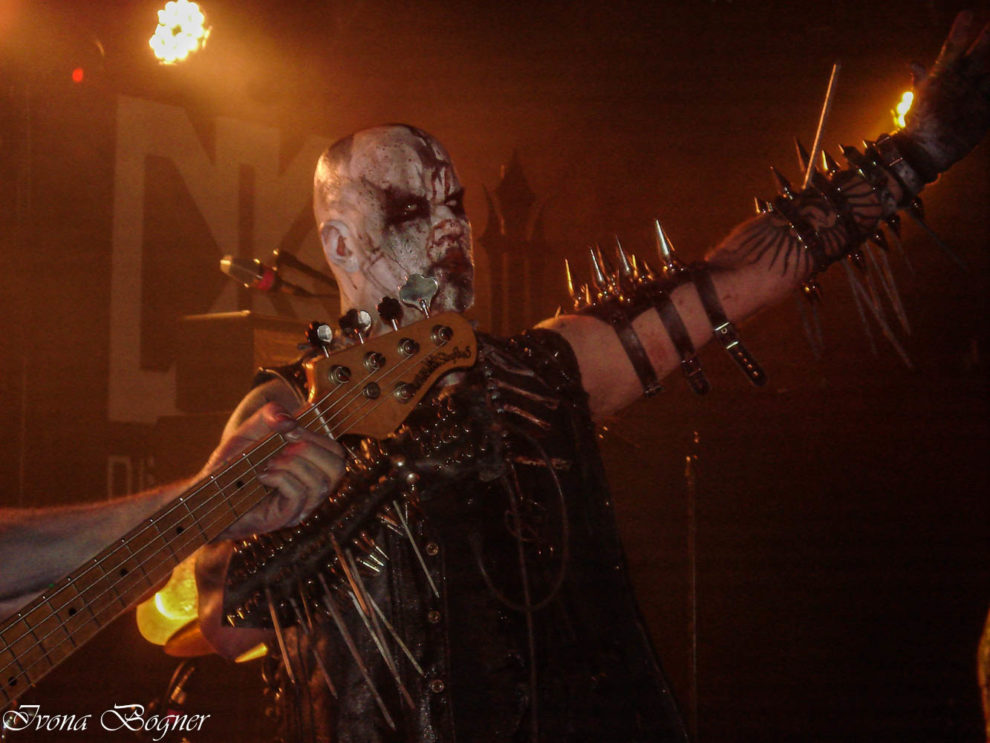 Mother Norway gave a birth to another astonishing Black Metal Band. Doedsadmiral, the mastermind behind the Nordjevel speaks for Demon Reports and interviewed by one of the Journalist from the magazine Ivona Bogner.

1.First of all, can we introduce Nordjevel to Serbian fans?

2.The band has numerous line up changes since 2015 when Nordjevel was formed. As far as I know, you  have never had a plan to perform live, just to release one album. In the meantime the band took another course and decided to perform live. So, does the reason for line up changes lies in the fact you had no serious plans from the beginning?

No, initially my plan was not that Nordjevel was supposed to be a live band. Our plan was to only release albums. After the first album, requests started coming in, and it became a serious question. In the beginning I was totally against it, and demanded if they wanted to play live, they would have to find another live vocalist. And so they did for a few shows, before Dzepticunt really talked me into trying again to perform live. I have done this earlier in my life as a 19 year old, and the experience of that at that time is nothing I would consider again. But, I tried for 2 shows, and found out I could do this. No, not directly…..but we lost a bit control over the whole live situation, and everything became very uncertain and stressful. So, we decided to stop the band, take a breath…to really make a plan that worked in every aspect, so that`s what we did.

3.When new member comes to the band (I am speaking about Dominator and Destruchtor), do you treat him equal when it comes to writing new songs or you expect him just to fit in?

Yes, the minute they stepped in they were treated equally as the rest of us. The both, like all in the band contribute very much in the writing process of Nordjevel.

4.The last album “Necrogenesis” was released in 2019. It was fallowed by several problems, but finally it was presented to the fans worldwide in March 2019. From the distance, are you satisfied with the final product?

Yes, “Necrogenesis” was a bastard album. It was mentally fucking brutal the whole process around that album. And I think the album represents the frustration and anger that this recording contained a lot of. And yes, we`re extremely proud of it… Because it will represent forever a time and era in the band, that became very personal to all of us. And in the future this album will define the story of Nordjevel for sure. 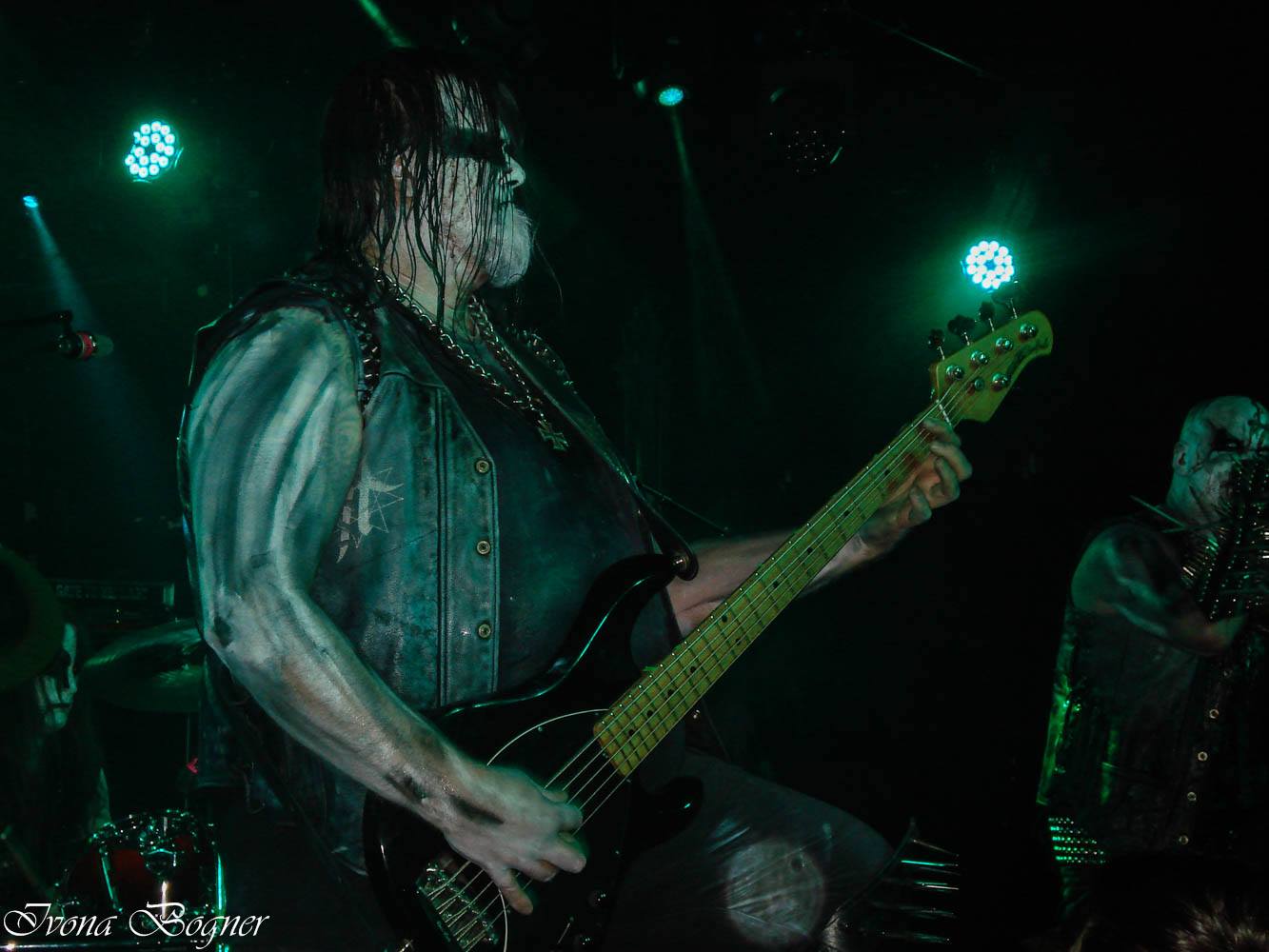 5.From my point of view, there is a difference between your debut “Nordjevel” and “Necrogenesis”. The second album is darker. Fresh. What is your philosophy when it comes to album direction?

From when I started writing lyrics for “Necrogenesis”, I had always the feeling that this album was to be darker, and more brutal.  I took a more deeper lyrical approach, then on the first album. And the music needed to fit that feeling. We where always determined to not make the mistake to try to copy, or make Nordjevel II. That album also hold a special atmosphere. And we like to evolve, move on. To not be stuck musically. Nordjevel shall never be a band that limits itself to anything musically. We will do whatever we want, as long as we feel it`s the right feel. And we will never copy our selves. It will never be that band, where you now what`s coming with a new album. That`s the magic of it. If you want the Melodic/Norwegian feel of Nordjevel, then put on the first album. If you want the darker, more brutal side of Nordjevel, put on “Necrogenesis”.

6.What was your main inspiration for this album?

Where death actually comes from. The philosophy of death of birth and even birth of death. How the fuck do you deal with these questions? Well, I tried to deal with it on this album. And it`s up to everyone else to interpret the feel of the album themselves.

7.Nord left the band before “Necrogenesis”. How did it affect on band? You actually kept some of his songs.

Yes, he left during the recording of “Necrogenesis”. It became in the studio very stressful. Because suddenly we didn`t know what to do, as we where suddenly lacking tracks, and a 2nd guitarist. So me and Destructhor sat down immediately to jam/write some new songs. And we also agreed with Nord to use some of his songs, when things settled down a bit. And I`m very happy he has tracks on that album, as he was part of the whole process leading up to the recording and he is and will always be a vital part of Nordjevel. Nord is one of my closest friends to this date, and this is probably a bit what became a problem in that process, we both lost ourselves a bit, and became equally frustrated. We should have probably communicated better….but we learned a lot from it…both of us. And we`re again working closely and better as ever, with Enepsigos and other projects. He will actually play with Nordjevel on the Indie recordings label night, where we will play tracks we don`t usually play live, and actually a unreleased track, that will be released next year…With a special surprise.

8.Can you tell me something more about your creative process?

It`s been different from album to album. What we try is to keep things spontaneous and fresh. We never overthink new music. If it`s good it`s good….and in the studio we normally add things to each track all together. That what makes it fresh and real.

9.Some say this is probably the hardest question when I ask for an answer: how do you know the song is done?

Hard to say. Some songs are just perfect immediately. Some you hear really killer riffs but you , need to adjust it to make it just right. For me it`s about feeling. If I get the feel, it`s for me done. Music needs to affect me somehow. If it makes me sad, angry, violent, even happy I appreciate all music. But it needs to make me feel something.

10.Your last tour Europe Under Black Metal Fire with Suffocation, God Dethroned, Belphegor, DarkRise and Kill With Hate was successful. On that tour in Budapest I saw Nordjevel live for the first time.  What I saw there was a hell of an energy, absolute dedication, great fan reactions. What can you tell me about that tour now when it is behind you?

Yes, we had a very renewed energy in the band. Was a great tour in all aspects. Lots of people, even shows sold out. And all bands on the tour worked great together. It was definitely a great experience, and a perfect time as “Necrogenesis” was just released.

11.You have been playing in small clubs and on festivals. What suits you the best?

I would say both. We have made a show for the big festivals which is absolutely stunning. Gives us so much energy to do this show. But on a personal level I actually prefer smaller shows, as you are closer to your audience and can really communicate and even feel their energy. On the big stages, you`re actually a bit further away from your audience. So for me, it`s a 50/50 in positives and negatives. But we appreciate both equally.

12.It is completely different experience listening band live and listening the album. Is it any similar energy for you being in studio and playing live?

I can only speak for myself. But for me, it gives me a much more violent feeling playing our music live. In the studio you form the songs and record them, but for me they actually really come alive on the stage. That is when they somehow show their true form.

13.I always like to ask and give opportunity to cover artists to promote their work. Who stands behind “Necrogenesis” cover art?

That is Vincent Fouquet, Above Chaos. 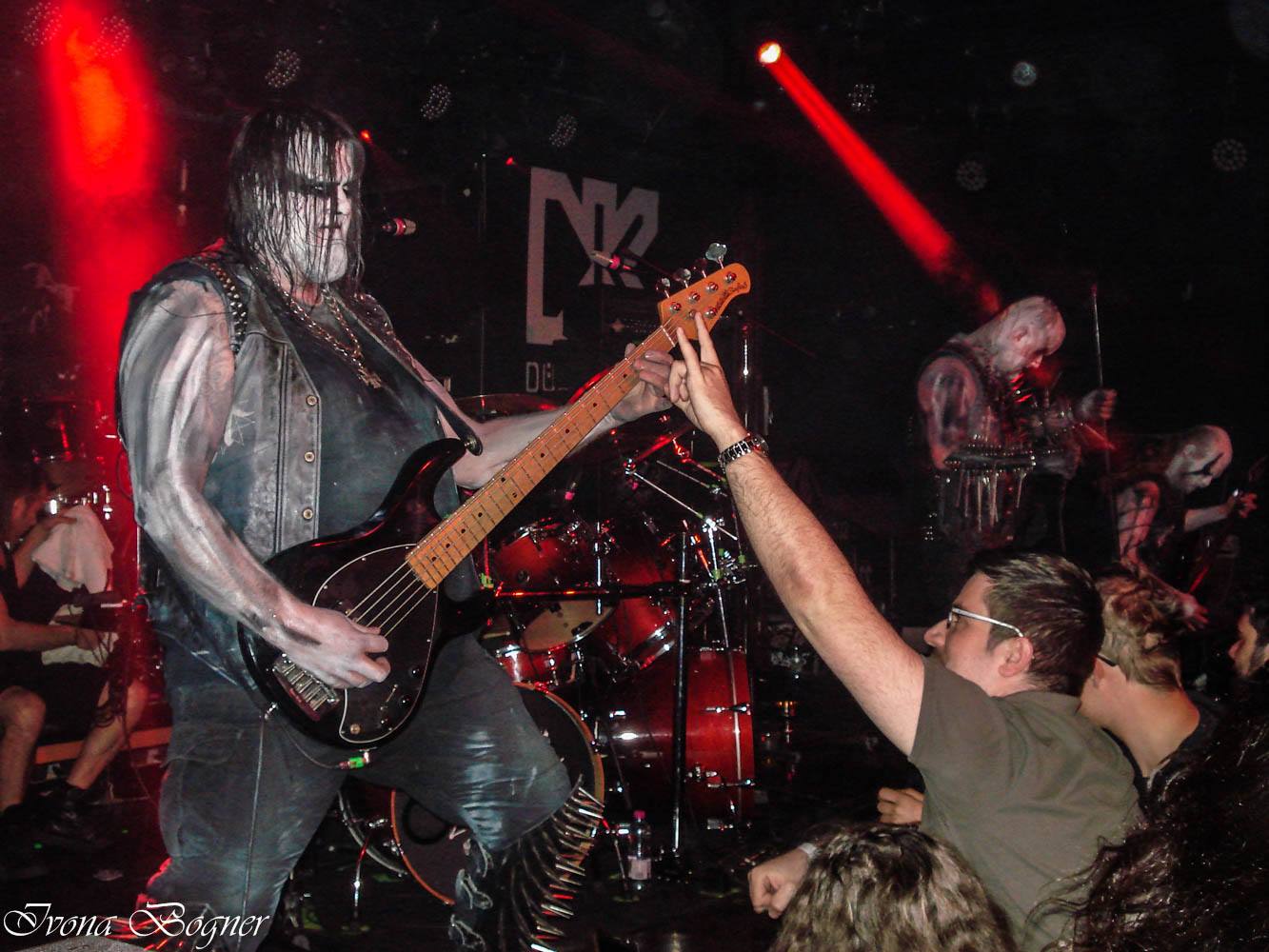 14.Besides Nordjevel, you are in Svartelder, Enepsigos and Doedsvangr. How do you manage your time and dedication to all those bands?

Well, not a problem. Because neither Svartelder or Doedsvangr are live bands. And now we will also play live with Enepsigos. I`m very satisfied as finally I keep myself busy with music, so I don`t get bored. I`ve never been one of the traditional A4 life. Drives me insane.

15.We live in digital era and it is easy to discover new bands today. I still remember tape trading, and now in a few clicks you have tons of band served online. How did you discover black metal?

I discovered black metal in 93/94. We where a handful who listened to extreme music at that moment. And we actually has a band in my town called Fester. I received the album Silence from the band itself, and it opened doors. Quickly after we heard about Burzum/Mayhem etc through various metal people. And that`s how it all began.

16.Speaking of digital era, social medias are necessary evil. How do you use it to promote your work?

We use Facebook and Instagram…That`s about it I would say. The magic of old days is gone. You don`t bring your album anymore to a gig to give it to people. And it`s sad in a way, as it was very magical time. It has it cons and pros our digital world nowadays.

17.Are you targeted as public enemies are forbidden in some countries by by now, as some black metal bands are?

We`ve had some accusations yes, as any other BM bands, but nothing that affected us in any way. I don`t really care…..BM is supposed to be dangerous and   lethal.

18.Can you tell me how do you see black metal  progressed/regressed over the years?

There are a lot more bands nowadays. Maybe to many bands, especially in Norway. I would say it makes room for a lot more top music, but also unfortunately a lot of bad music, because it`s so easy to just release music nowadays.

19. Thank you so much for your time and cooperation. Any final message for Serbian fans?

Stay real and true, and hopefully see you soon on the road!

All the best! Take care!

Check out the music video for the “Sunset Glow” from their latest release “Necrogenesis”, here: