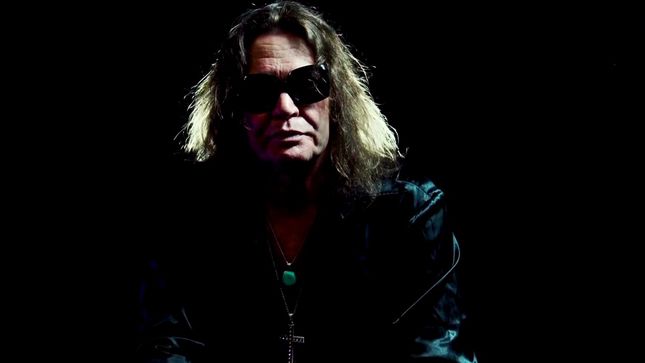 In this interview with Former Vocalist of Accept/Bonfire Reece, Demon Reports was talking about the upcoming solo release ”Resilient Heart”, his views how the metal scene looks now, and how it had looked back then, tips how to be a great Vocalist, more details, below:
1. You are going to release you upcoming solo release ”Resilient Heart”, tell me about it, and when you decided to record a solo release?
Hello everyone, thank you for taking the time to let me share my story with you. I decided to do another solo album sometime in late 2015? I’d been writing down new ideas and had some in my head and started realizing that it wasn’t like what Bonfire were doing? I suppose it’s because I’ve been listening to a lot to newer bands and productions? Also, I was growing tired of the pop AOR rock thing that Bonfire does. ”Resilient Heart” is an Expression of those new ideas and who I am as a person and singer.

2. Are you satisfied with the reactions of the fans on your new music live video for the song “Any Time At All” and also reactions to the song, and what do you think about the reactions of the fans to the video and the song, as well?
I actually didn’t know which song to release first? The main reason is and not to sound arrogant but I really love the whole album! Usually, I’m pretty hard on myself as an artist and when your recording an album you know if it’s good or not. I’ve done a few records I knew only we’re at 50% at the end. This album seemed to start off and end, right? From the title, artwork, the players, my feeling inside and most importantly the songs.
3. How do you see metal music and the scene, and how it was back then, when you began your carrier as a Vocalist, how much is it different?
Good question, I have to say the scene now is very different. It’s very negative in many ways like bookings for example. There’s a lot of bands playing for door fees which makes it difficult for a real touring group to survive out there. Clubs aren’t interested in paying if they can get a band for free and say? Have fifty personal friends show up. In my opinion, it’s a disservice to real fans wanting to see real bands. Also, there’s a real sense of competition in a negative way now? Of course, groups are competitive it’s normal but there’s a small piece of pie out there and many struggling for a bite and doing a lot of trashing other bands to get noticed very sad. In the older days, of course, there were more venues and a sense of magic in the air.I’m not sure where it’s going? I do know that festivals are doing very well.
4. In your opinion, what does it takes to be a great Vocalist, and to stay interesting for the audience?
To be a great vocalist is 99% attitude simply! Of course, you must first have talent as a start but what you do with that talent separates the men from the boys. I personally rehearse every day to keep my voice strong and also workout. Sleep is another vital for singers and also being willing to take vocal lessons to improve your craft. I always strive to be better myself. 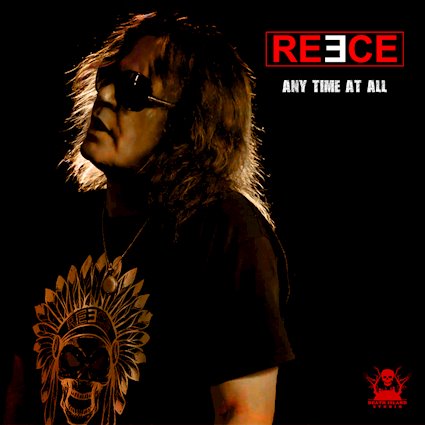 5. Tell me about the lyrics on your upcoming solo release, and which song has the best lyrics on the release in your opinion?
I’ve never been a fan of baby baby whoah whoah lyrics? Of course, they have their place in some music and there are some songs over history that are brilliant! I myself try and write story’s about my personal situations and what I see going on around me. The current status of politics gives a lot to write about also people and their thoughts and emotions. The two songs I’m enjoying now on Resilient Heart are Two coins and a dead man and Live before you die. I love all of them though it’s a tough choice sometimes.
6. Do you have a favorite release from your vast catalog, when you were in Accept/Bonfire, which one from those two bands is your favorite?
I have to be honest, ”Eat the heat” is why I’m here today! I also love Bangalore Choir ”On Target”! Bonfire ”Glorious” was a great album I feel I really put the Reece stamp on it vocally but being in that group wasn’t a pleasant experience.
7. You performed recently Accept’s “Eat The Heat” release, what did you felt, while performing these songs, and did it felt good playing them again?
Yes doing ”Eat the heat” live has been great! It’s a real joy to give those songs their full due live because Accept never really did? It’s also very humbling when people tell me how much the album means to them! Imagine that record was released in 1989.
8. Your band Sainted Sinners released a new album “Back With A Vengeance” this year, is there going to be a new record with them?
Sainted Sinners? I don’t know? I haven’t spoken to Pane’in months? He’s in Bonfire and that’s his priority hence why I’ve gone solo. I do own 50% of the name and group with him so I’ll leave the door unlocked and see if he’s gonna knock?
9. Which moment in your carrier is the best one?
My most memorable moment was being hired by Accept! Can you imagine? A no-name guy gets an opportunity to sing with legends! But there’s always things here and there that I experience that I’ll cherish in my life’s journey of music.
10. Do you have a message for your fans?
My message is simply thank you to everyone for the unwavering support! I promise to do my utmost best to write and release what my fans expect from me as long as possible. Also… I’d ask people to support live music and buy music whenever they can! until then stay
Resilient!
Reece
Links:
Facebook: https://www.facebook.com/REECE.INC/
Facebook 2: https://www.facebook.com/David-Reece-Official-712460068855429/
Check out a live music video for the song “Any Time At All” here, enjoy it:
https://www.youtube.com/watch?v=QAzFyRbwJXo

My name is Vladimir Cincović. This blog was created out of love for music. Support the magazine and blog Demon Reports, We need your support.