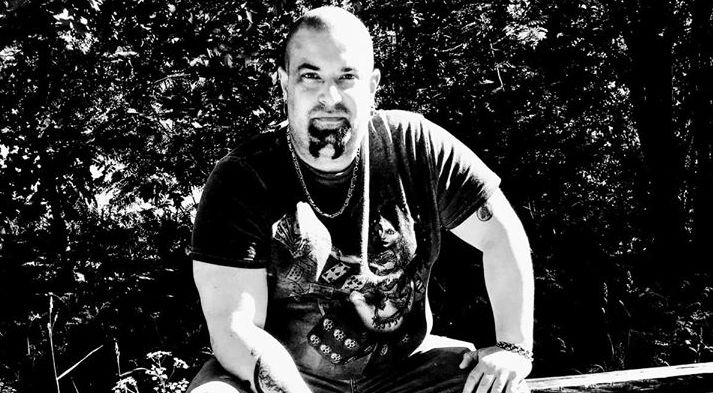 In this interview with Guitarist Samer Elnahhal (ex-Lordi), our Journalist Vladmir Cincovic was talking with Samer about his new record “Supernova Kill Road” released in 2019, about his guests on the solo record, why he choose them for the record, about why he left the Lordi after 14 years – more exclusive details, below:

1. You recently released your solo record “Supernova Kill Road”, tell me about the inspiration for it and all of the necessary details regarding it, about the lyrics, the idea for the creating part for the songs on the record, as well the influences for it?

”This had been growing in me for a long time. I wanted to take all my old lyrics and song ideas that were decent, update them, make them better, write a lot of new stuff and then close that chapter. I’m really into space stuff and sci-fi, so I wanted to mix that with Rob Zombie/Alice Cooper-influenced music plus add some vibes from Sin City-style movies and Edgar Rice Burroughs’ John Carter-type of books. That’s how I see the atmosphere of the concept.

2. You have a special quests on your solo record like Tommi Mikeal, Henry Lee Roots and others, tell me about the collaboration with them and are you satisfied with their contribution for your solo record?

”I’m more than satisfied! They are people that I know, professionals who will do a perfect job in a small amount of time. The situation was such that me and the recording engineer Joonas Siikavirta would record everything else for the song, one song at a time, and then I would send the song to the singer for practicing and then in a week or so they would come in and deliver. Just like I knew they would.”

3. What is the most important and crucial thing to have a great solo record, is it personal intuition or the technical part of the recording of it?

”I think to have a strong vision of what you’re doing and that it all comes from the heart.”

4. How did you felt about the whole Covid 19/Corona virus lock-down situation and also what are you thoughts about the whole banned concert’s and show restrictions all around the world?

”Well, of course nobody likes the lockdown situation, but still I think it has to be done to protect each other. Let’s just hope we’ll beat the virus soon and get back to it.”

5. In your opinion how would you describe the main difference in sound, production, ideology, lyrics – from your perspective as a musician between the 80’s and this days?

”Of course you have better possibilities in sounds these days and so on, but still I think that all these things have not changed that much after all, I mean they had many things perfect in the 80’s already. It was really good time for music.”

6. How did you know that this guests on your record are the perfect ones for it, what was the criterion for choosing them for your solo record?

”I know them well, so I knew how they work, sound like and so on. So when the song was written, I usually knew right away who’s voice the song calls for.”

”There are many reasons behind my decision. One of the big reasons was to be able to do other stuff in music, like for example this album I just made. And as a musician I really needed to be free to do what ever might come my way.”

8. Are you planning to have a guest appearances on the records of other musicians or bands, since you are a solo artist now?

”Why not! I’m totally up for that if the opportunity comes.”

9. Which song from your solo record, stands out the most, which one present you as the solo artist the most?

”I get asked this a lot, and I just can’t say one song cause they’re all so dear and personal to me. So I say they all do!”

10. For the end of this interview, do you have a message for your fans and the audience, as well?

”Yes I do, I wanna thank you all so damn much for all the tons of positive feedback and for your support! I was so afraid how people will take this album that I put everything into, and I’m so relieved of all the love. Thank you!! Let’s see if I can do this again one day.”

Check out the song “Man in the Shadows”, here: