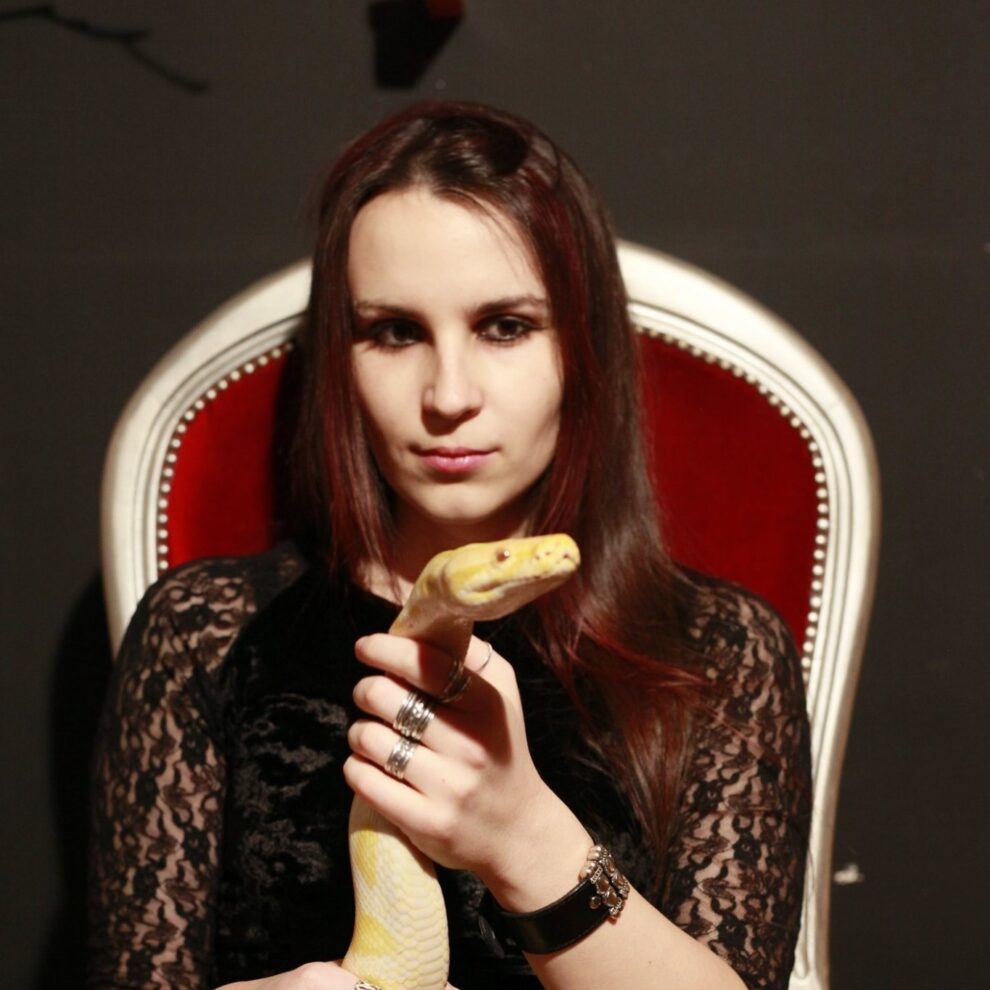 In this interview with Serbian pianist and artist Zorana Vladisavljevic – that has done some outstanding metal covers of Metallica, Slayer and many more – Journalist of this magazine Svetlana Koruga was talking with her about Zorana’s view on Covid-19 situation, about her projects Ali Raj and O.M., would she make a band with her sister  Bassist Valentina Vladisavljevic, her thoughts about the music culture in Serbia and about Serbian culture, as well. Check out more exclusive details, below:

1.You are known for playing piano covers of the metal bands, you also have two side projects called Ali Raj and O.M. – can you tell something about them? When you began these projects, what motived you to start with them in the first place?

”O. M. was formed in August 2019. We had already known each other, and played together before O. M., so we decided to use  material that we had from before and to shape it into a song. Soon after that we recorded one song, and regarding O. M. that was it.

I am also interested in film and ambient music. Ali Raj is a project that I started a few years ago, with the idea to create this kind of music separately from my work in bands, because sometimes my ideas and compositions are not suitable for a band. For now there is one short suite for piano called “Jarilo”, and a few piano pieces.”

2. Which piano cover of yours – was the hardest one for you to play?

”The hardest one is yet to come :). I am preparing new material in collaboration with  my friend and colleague. You can expect something new because approach will be different from the old one, and it will include more instruments beside piano.”

3. How do you feel about the whole situation regarding Covid-19? What is your opinion of
it, how it affects you and your work as a pianist in Serbia?

”For a musician in Serbia it wasn’t easy even before Covid-19. Now it’s even worse for some musicians whose income depends on playing live gigs and concerts. I have tried to use this time in a good way, to practice and to read more, but now I desperately wish everything to get back to normal again.”

4. You have a younger sister that is a Bassist Valentina Vladisavljevic, are you planning to do some upcoming possible projects with her? Do you plan to make a band with her and the other musicians that will be in it?

”It’s funny you ask that because we did form a band on 1st of January 2020. (I hope it’s not a bad luck). She plays bass guitar, and her boyfriend is a singer and guitarist. We don’t have a drummer yet. We used this period for rehearsals, and we already have a few songs, so the plan is to record them soon.”

5. How would you describe the culture in Serbia, as well the culture towards music in general?

”Culture is a term which encompasses heritage, language, habits, arts, customs, and many other things. I will discuss only about music and arts. Regarding these other aspects, my opinion is that they are declining, because we cherish and respect somebody else’s history more than our own. Still I hope that it will change.

Music and Arts could be divided into two separate groups, the main current, and its opposite. Mainstream and alternative, underground. The first one is popular by definition. It’s financed and promoted by the government and many others, so everything is ok there.

Films and series are being shot, big concerts are being organized (except in 2020), and we can like that mainstream stuff or not. If we don’t then maybe we belong to the underground scene. There the financial situation is not so good, but I guess it’s normal that way, cos it’s underground. The moment alternative finds its way to the mainstream it stops being alternative. And its time for new alternative to come. Regardless any of this, there is one problem which refers to cultural institutions, that should promote young artists.

For example SKC in Belgrade is a student center, but they are not very open for collaboration with independent young artists, not to mention center of culture ”Vlada Divljan”. On the other hand there are some student centers where work people who are interested in culture and who are very collaborative and eager to help like for example DKSG Novi Beograd. All the above is of course only from my perspective and my experience.”

6. Which influences do you use in both metal and classical music, also why?

”Specter of music that I listen to is very wide, it also changes with time. I generally like progression in music so in terms of metal music you can say I like prog metal, but I also like some other bands that are not metal, like Pink Floyd for example. I also like to listen to Opeth, because they have that mixture of different musical styles and genres, that are balanced very well.”

7. How do you incorporate this influences in your music and when?

”I really don’t try, at least not consciously, to incorporate some patterns or any other aspect of their musical style.”

8. When did you start to play the piano – why did you choice this instrument to play?

”I started playing piano at the age of 9. I liked the sound of piano more than the sound of wind,
and stringed instruments. But now I am playing drums as well.”

9. Do you have a plan to cover new songs from other artists? Are you interested in covering more genres of metal and other genres of music, not only heavy metal and classical music, as well?

”I don’t plan to cover new songs from other artists. I am now more focused on practicing the new material that I mentioned earlier, and making new songs in band.”

10. For the last question of the interview, do you have a message for the audience and the fans?

”I like what B. L. said: ”Do not pray for an easy life, pray for the strength to endure a difficult one”.

Check out the recently released piano cover and music video of Metallica’s “One” by Zorana, here:

ONE ON ONE WITH DEMON: Bojan Josic and Eric Claro (Blak Earth)!

ONE ON ONE WITH DEMON: Keith Fay (Cruachan)!