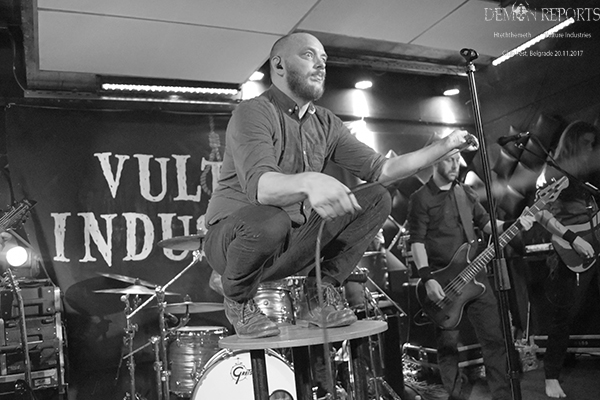 I can say about this show that this two bands showed some creative madness that music in general needs, great performances with some theatrical moments that made this show so amazing and unique. 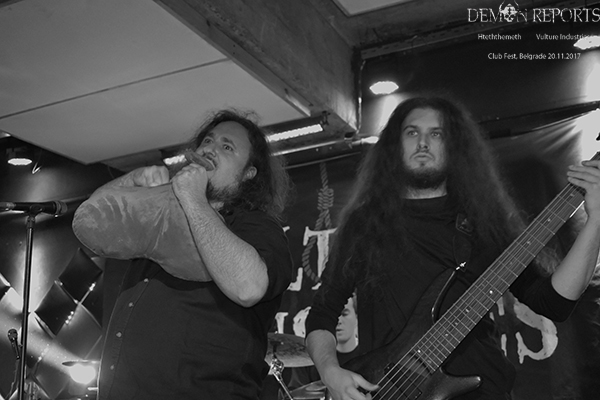 The first band to play was Romanian alternative avan-garde band Hteththemeth. These guys are crazy as hell, in the beginning of the show they had masks, which they later took off, and then it gets crazier and crazier by every minute. 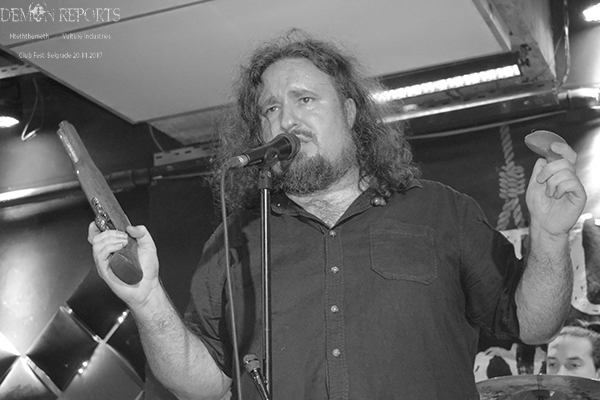 The Vocalist Lao Kreegan had this very good performance, he had two guns in his hands, he reaped of the toy that was a heart, totally creative an theatrical performance, which the crowd, that was not in large numbers reacted great and confused to his performance. 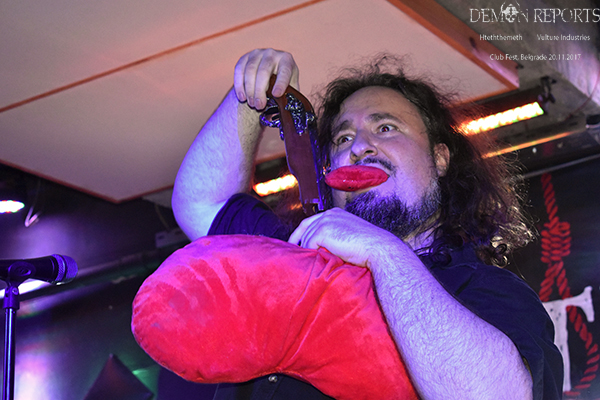 The band has that hypnotizing energy that made the atmosphere among the crowd amazing and unique, the sound and the riffs were brutal and the technical part of the show was just brilliant. They thanked Vulture industries for being a part of the show with them and then they left the stage satisfied and the show goes on. 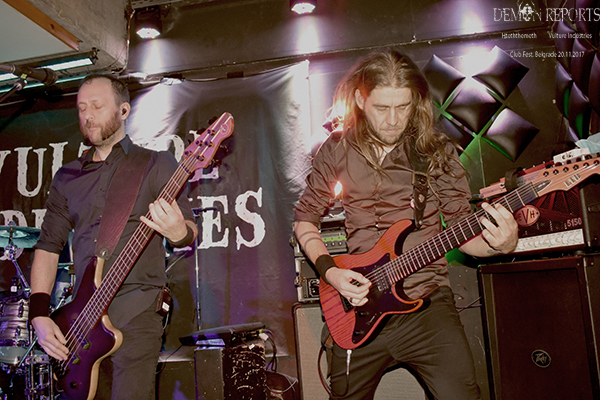 The Norwegian metal band Vulture Industries got on the stage and the madness can begin. This band has some amazing cool songs with some deep messages that are describing life itself but the ugly side of it, the irony and the sarcasm. 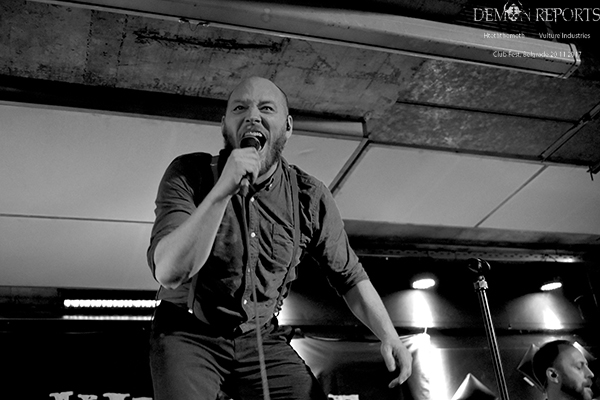 The band played on the show the new songs from the new album ”Stanger Times”, the crowd reacted very well to those songs. They also played some songs for their album ”The Tower” as well, crowd was very happy to hear the songs from this release, in one moment Bjornar had his ”ritual” by approaching one of the fans and scream in the face of one of the fans, it was very unusual but cool at the same time. I like how he handled the chair that he got up on and also how he sang on it, it was a fucking awesome moment on the show. 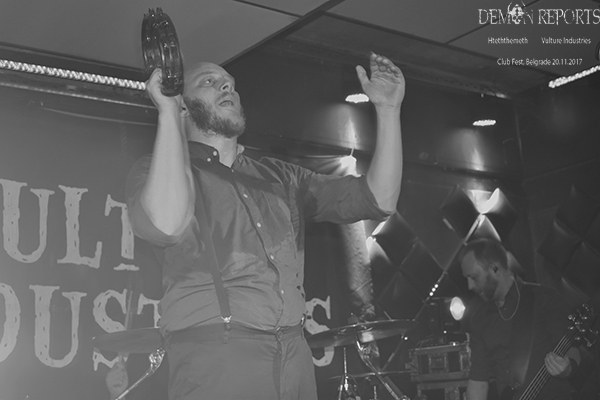 The best moment on the concert was the train game moment when Bjornar jumped into the crowd and then he began running and the other got attached to him to dance run and dance in a circle style, the vocalist, and the band does this on every their show it’s basically a part of their performance. The concert went on, and the time has come for the band to leave the stage, and they were satisfied with the whole thing, although there were not so many people on the show.

This concert was fun, they entertained the crowd in such a guilty way, the ones who miss this show, they will regret it for sure. The negative side was that there were not so many crowds on the show and this band definitely deserve it.

Vulture Industries as a band shows that metal can be fun and not darkness and hell all the time, their music touched the souls of the people who were there to support them and I think that is a greater reward, better than to have a bigger crowd that won’t appreciate the music of the band and their performance. This was a night of fun and warm hearts united in supporting some different and great.

Brutality of the extreme metal strikes hard in the Monday apocalypse!
Lacuna Coil got down with sickness, a night of pure demonstration of power and might!