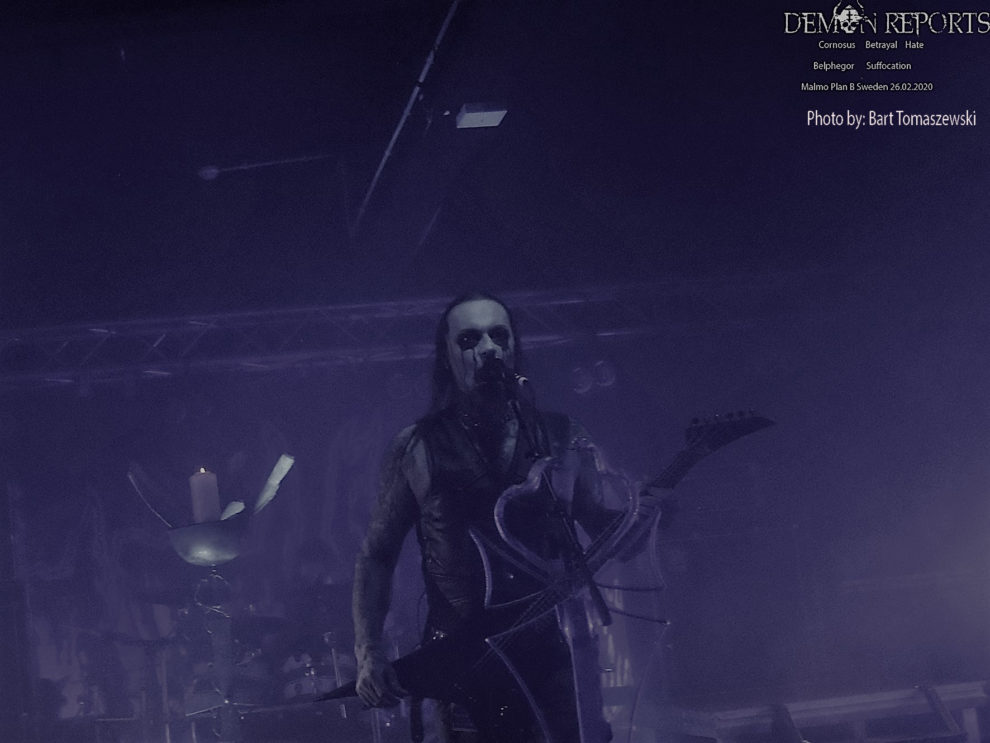 And once again (the same like in case of Abbath) a gig in middle of week awaited for me. My very good buddy from Karlshamn after some time of a little hesitation (actually try of being responsible person) decided of course to come and don’t give a shit about the fact he need to work on Thursday. Well, we real Metal-heads just can’t imagine to lost a show like that coz of some bullshit, it seems! Anyhow, since we both had to go to fuckin’ job next day, it was quite peaceful with beers this time. Besides we honestly hadn’t too much time before the first band entered the stage – by the way, it took place without any (or with really minimal) delay. Except him there came my another buddy, too – this time from Copenhagen as well. 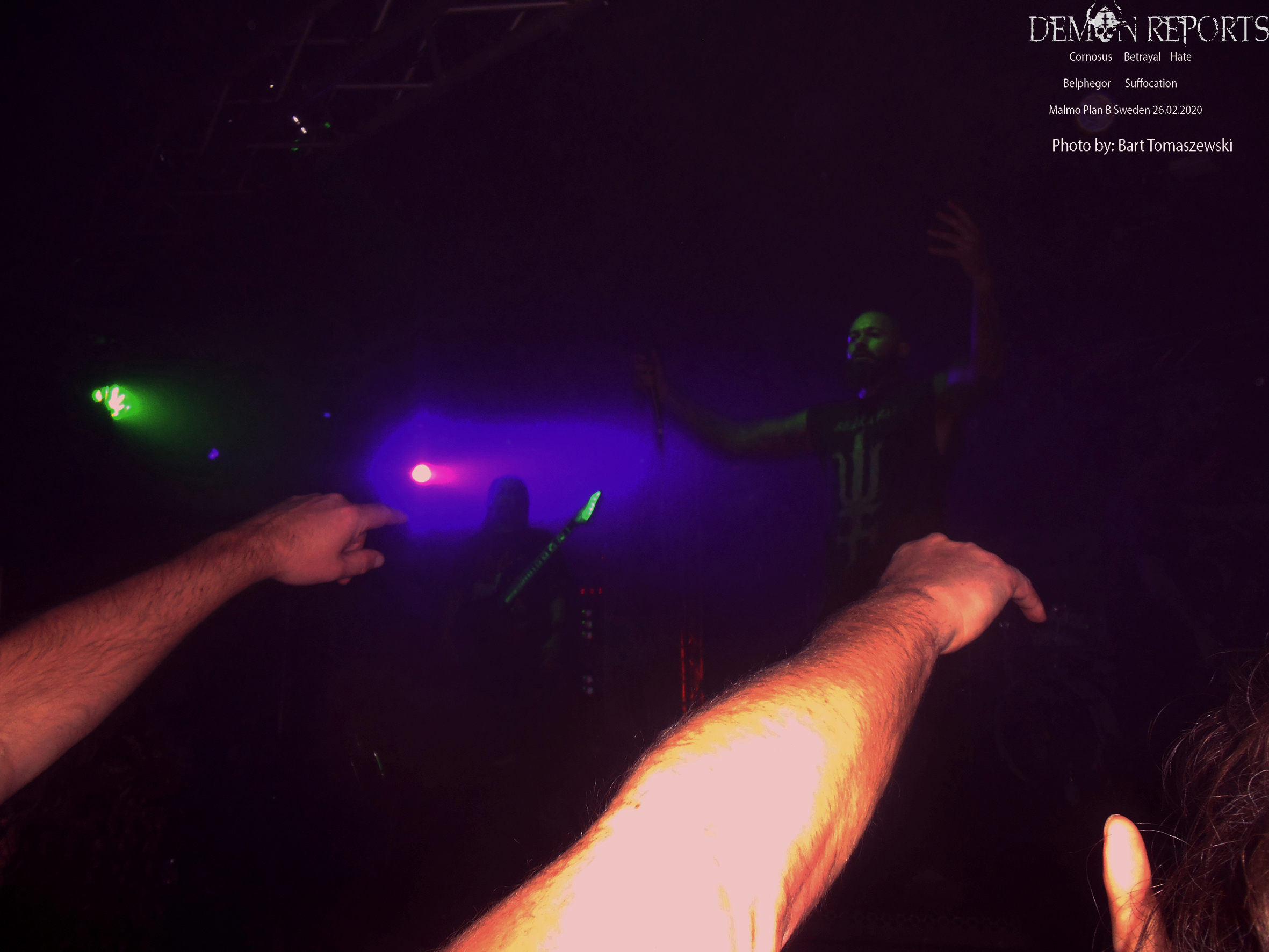 It was Cornosus who was the only Swedish band this evening opened everything. They’re coming from Örebro and frankly it was my very first contact with them, what is a little shame for me, by the way. Well, residents of seventh largest city of Sweden gave really good show. Especially Jonatan was crazy as hell on the stage. Unfortunately there were not so many people in the club during their play. By the way, their creativity is definitely Death Metal, but there’re some elements of Thrash, too

The same took place when the stage was under the occupation of Germans from Betrayal . I even started to think “What the fuck?!? I know tomorrow’s working day, but why the hell it came so little number of people?!?”. Of course it could have something to do with the fact that they all visited Malmö in middle of week – well, as far as I know, it happens quite often when bands are touring. But I somehow, also coz of what I saw later, don’t believe it was the reason why it was like it was. I noticed such stuff takes place even if the gig is on Friday or Saturday. So it just seems that the most of the crowd just don’t care about these “little” bands. And in my opinion this is at least strange!But probably I’m just too old to understand several things… Anyways, guys presented their Thrash Metal and very nice stage working.

After quite short, or maybe time was running quickly for me, break used to rearranged the stage, the first “big” band came on there. It was Polish Hate. I saw them not so long time ago, when they played with Vader, also here in Malmö and also in Plan B, and I can say this time show somehow was better then the previous one. Maybe coz of bigger stage professional lights? Well, to be honest, I prefer this little one. Yeah, this is quite little, so musicians haven’t a lot of place for stage working and so on, but  it has “this”something for me. During their show crowd was bigger and came closer to the stage – before the most of people just was staying and watched a shows from some distance, what pissed me of – even if I live in Sweden more then 10 years, so I should be accustomed to such reactions.

Then another rearranging of stage (actually changing a little bit the scenery) and one of two Metal stars entered the stage. Belphegor! They’re living legend of Austrian and not only Death\Black scene, so I’ll don’t present them anymore. I saw them several times and it was always a show by huge S! The fact is that under the stage crowd was maybe even a little bigger, but it happened anything special, unfortunately. Of course if we’ll don’t count headbanging of several individuals. I never count time during the concerts (I have better things to do then to look on my watch then), but I’m sure their show took something like an hour, maybe even more. On the last song finally some moshing has began – two Slavonic maniacs (Slovak and Polish) participated in that, but better this then anything, doesn’t it?!?

And the last break this evening, actually it already was a night, took place. We used it for talking and drinking the beer, of course. Finally something like 23 hours (just like it was planed) Suffocation began the massacre. I saw them second one during my “career” in Sweden and I think this time it was even better show then this one in 2015 or so. Probably also because under the stage practically with first riffs real moshing was in progress. Well, on the beginning only three guys who just can’t be calm on the Metal gig (all with roots outside Sweden, of course – two mentioned ones plus one from Colombia)! On stage also things happened, but this is something as clear as a day since guys torture us from, with some break, 1992 and very well know what brutality means.

They also played something like one hour. I was talking a little bit with my buddy born in Colombia and went home to sleep more then three hours like it was after Abbath and don’t be a zombie (well, a little I was, but…) on second day in the job.