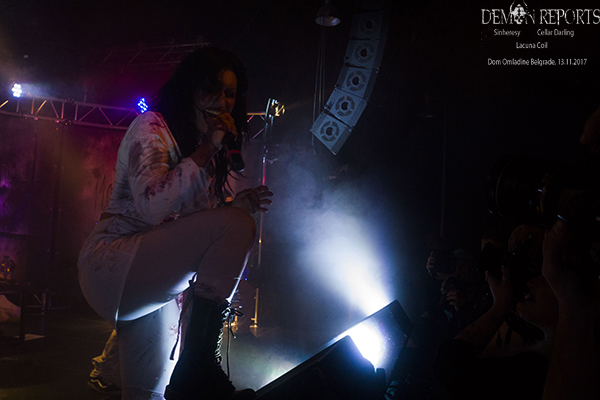 On November 13th Italian alternative metal giants Lacuna Coil held a concert in Belgrade at Dom Omladine for the first time, with Italian symphonic metal band Sinheresy and alternative  Swiss metal band Cellar Darling(former members of Eluveitie). This concert was a mind-blowing one, all three bands were so energetic, they were all over the stage whole the time, they were glad to be there for the Serbia crowd. 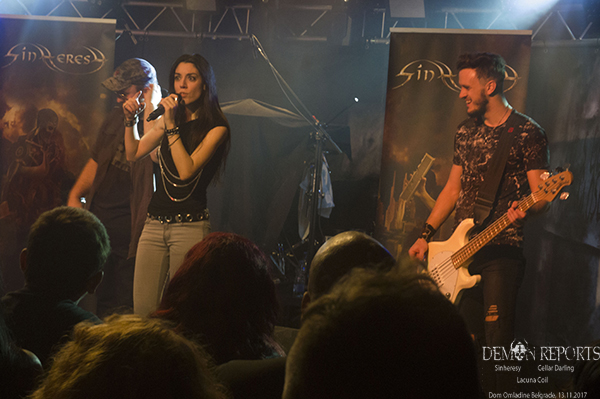 The first band to play was Italian symphonic metal band Sinheresy. This band is just a perfect example of a role model for the bands to see, how they can dominate the stage, their energy on the stage, that passion while they are on the stage is just beyond amazing. The crowd reacted very good to them, but the negative side is that the crowd was literally dead, the band tried to awake the crowd and they did it in a few moment’s, but after that, they were in the same mind state. I like how Cecilia Petrini and Stefano Sain were one on the stage, it’s like they were spirit twins and of course, the riffs were awesome.

The band didn’t play that long, but they presented great music, with even more better performance. They left the stage and they were happy that they are going to meet their fans after the shows. 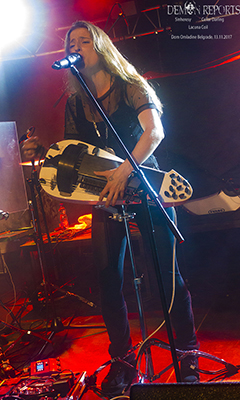 The second band to play was Swiss alternative metal band Cellar Darling. This band is quite interesting one they have many influences in their music like pop, folk, rock, but the riffs are totally in metal style. 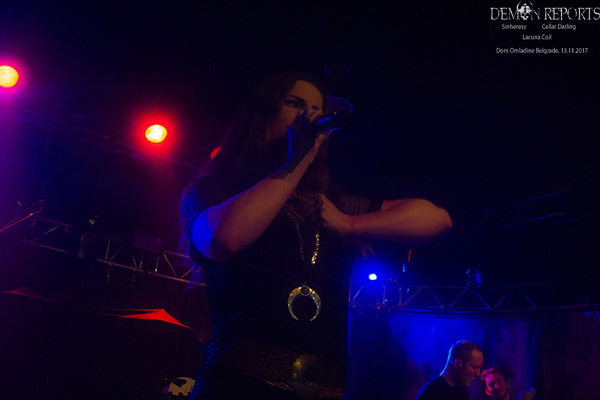 Vocalist Anna Murphy said to the Serbian crowd that they are glad to be here for the first time and ask them if they are ready for the show and there were ovations everywhere. The show has begun band played their new songs and the crowd reacted very well to them.  The most amazing moment on the concert was when she used the drums and played them and some strange instrument it was a very cool moment.

Anna is such a charismatic vocalist, her smile and performance are pure joy to watch and to listen to. The show went on and the band played the last song, and they got off the stage. 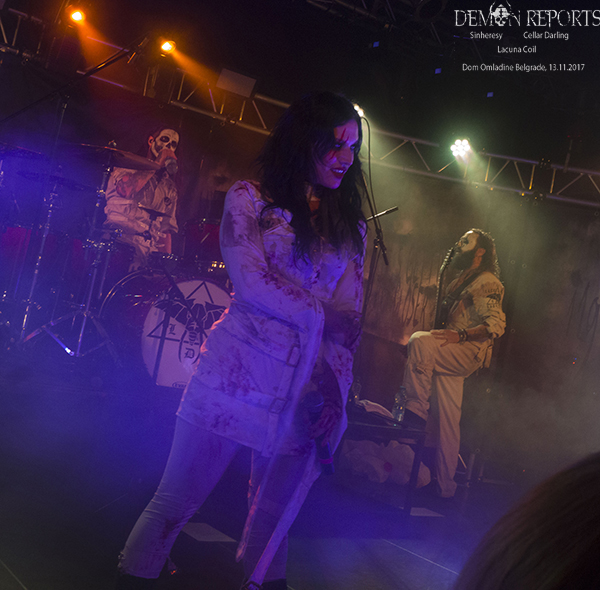 The time has come for the Italian alternative metal giants Lacuna Coil to perform. The fans waited for the band to began with the show. They got on the stage and the mayhem of ovations began. 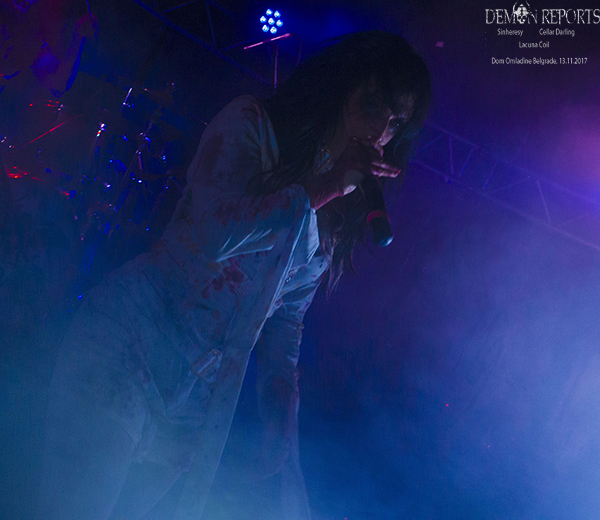 The Christina Scabbia thanked the fans for coming, and that she is very glad to be here, and ask them if they are ready for the show. The band played songs from their new album ”Delirium”, fans didn’t react specially to it, they wanted to hear an older stuff, but this is not a bad record, so I say let’s give it a try. In my opinion, the songs are very good and they sound so great live.

As the time passes, the band played and then the fans have gone crazy. I like how every one of time present in their costumes some insane personalities and characters, every character has its own disease, their performance was just not a performance, they presented the dark and true side of life as it is. 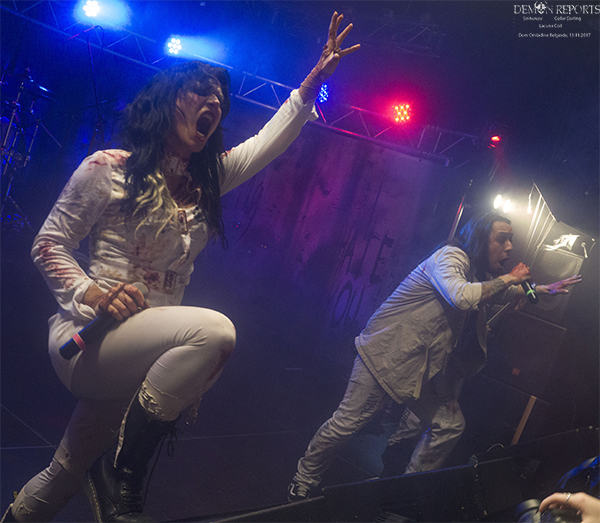 The best reactions were when they played cover of the legends Depeche Mode the song is called ”Enjoy the Silence”, the crowd went insane, they were singing like they were one and it was an amazing moment on the show, the hole effects on the stage and of course the energy of the band made this show more powerful and unique.

The show went on the band had to leave the stage leaving their fans with a smile on their faces and the other part, well they were not satisfied, but the band surely was. They left the stage, and there was no encore, the fans of the band were satisfied.

This show was a demonstration of true power, a devastating crushing sound tear up the souls of fans, but there is one bad thing, there were fans that didn’t have energy, but the band had the energy to support the fans, but still, the small crowd totally showed a true support to the band and that is important. This band showed that they are such a specific and unique band and they tear up to halls at Dom Omladine, living no one immune to it. The night of the pure destruction and power.