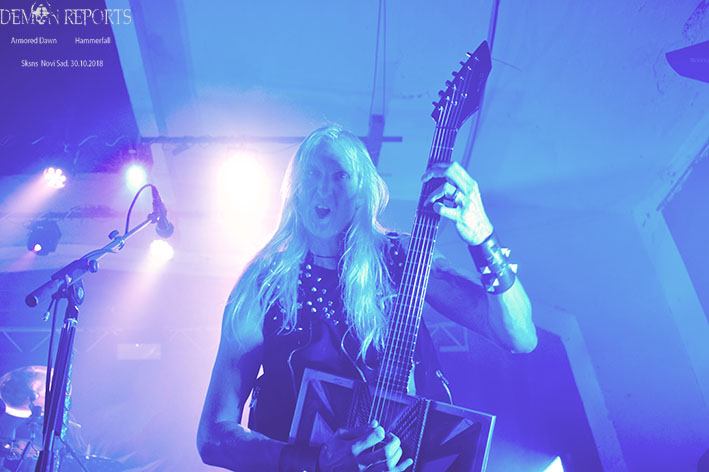 Swedish and Brazilian heavy/power metal gods Armored Dawn and Hammerfall held a concert at Skcns Farbika on October 30th in Novi Sad, band was also promoting their latest release “Built to Last” on the show, and the show at Novi Sad was a part of their European “reBuilt To Tour 2018”.  This night was a magical night, filled with happy hearts on fire of the fans, it was like some journey trough a another world, every moment of the show was so intense, powerful, full of emotions from the band to the fans, and fans towards the band, everyone enjoy it fully, it’s was amazing heavy metal party, which should not be missed at any costs! 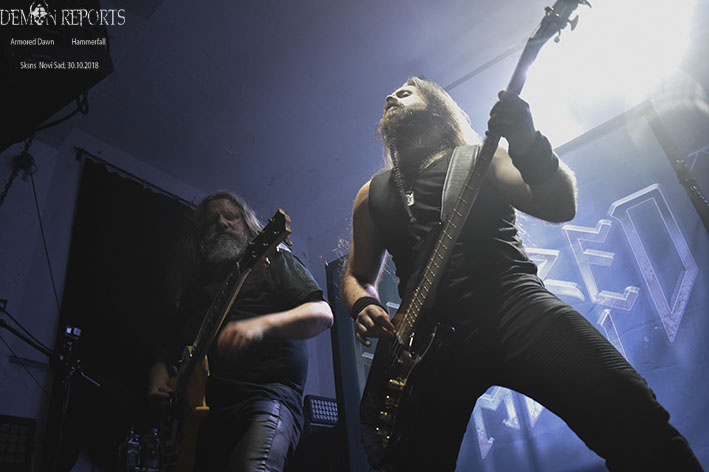 The support act for the show was amazing Brazilian heavy/power metal band called Armored Dawn, they were excited to play at Novi Sad in Serbia, they are great band live, they are into every song they play, but not all of the time the audience was not into their show, but mostly they got the great response, they tried to make jokes for the parts of the audience that was not reacting to their music, and they did it in some way making them move a lit bit, the most reactions were to the songs like “Gods of Metal” which had a great response and ”Beware of the Dragon” as well, which got some response, but not so good enough. The band was trying so hard to gave the audience the show they needed, and in some moments they did, and congratulations to they effort to lift up the crowd. They got of the stage and the show can go on. 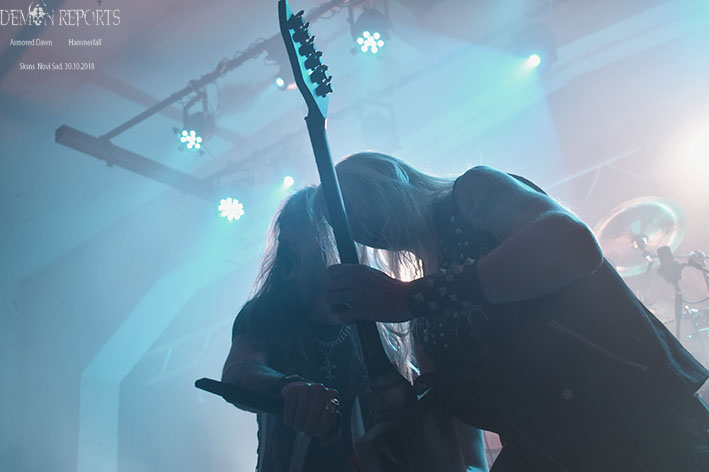 Hammerfall was up to dominate the stage in a true heavy metal style. The lights went off, it can be seen that the crowd was were nervous and happy waiting for their favorite band to start playing, it got intense, everyone was so excited for the show, and them they got on the stage, and ovations were so strong that I guess someone will not hear for three days at all, but the crowd went crazy while screaming for five minutes without having a break in between.

The first song that they played was “Hector’s Hymn”, which got amazing response and the crowd was so happy to see them on the stage, second one was the legendary song “Riders of the Storm”, the crowd went crazy on so many levels, they singed every word of the song, totally into the song, and the band was in a true mood while playing the song they were really the true Riders of the Storm at the show the band itself.

Third song that they played was “Renegade” that got great response of the crowd as well.  In some moment’s the crowd was shouting “Oscare, Srbine” which means Oscar you are Serbian, which was such a wonderful and powerful moment for the guitarist, and also he was so happy about it, he was smiling all of the time, while the crowd shouted his name, and in this moment Frontman Joacim Cans joked about it, and said this to Oscar: I’m sure he’s grateful, whatever you said to him”. Dronjak himself said this to the the audience and thank them: “The first time I came to Serbia was in 2007, and I am ashamed that it took me so long to come . Nevertheless, this has left a much stronger impression on me tonight. Thank you!” 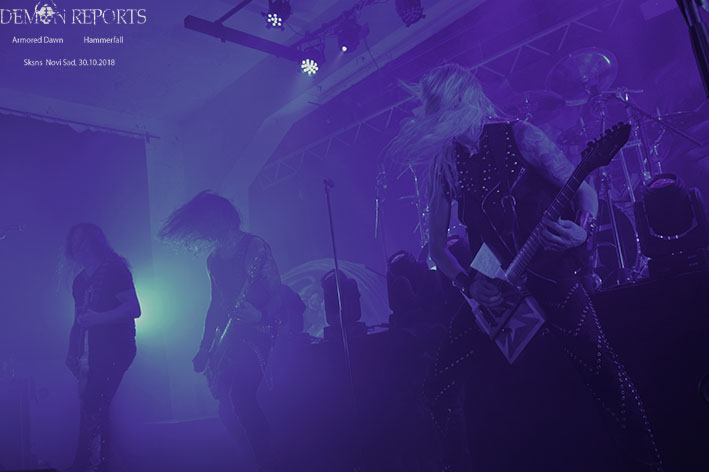 Fourth song was “Dethrone and Defy” crowd was screaming and reacting great on this one too, fifth one was “Blood Bound”, the six one was “Any Means Necessary”, seventh one was “B.Y.H”, the eight one was a very famous and the amazing song “Crimson Thunder”, to all of the three songs there very great reactions, but with this one it was a blast of energy from the audience and the ovations, it’s was really like thunder hit them and everything was electrical. 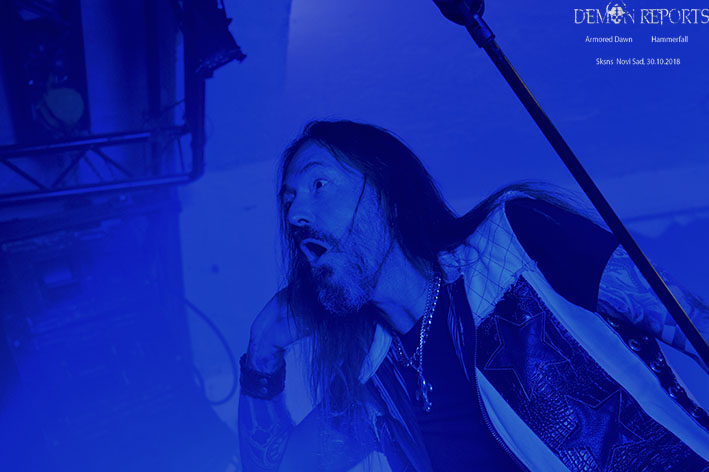 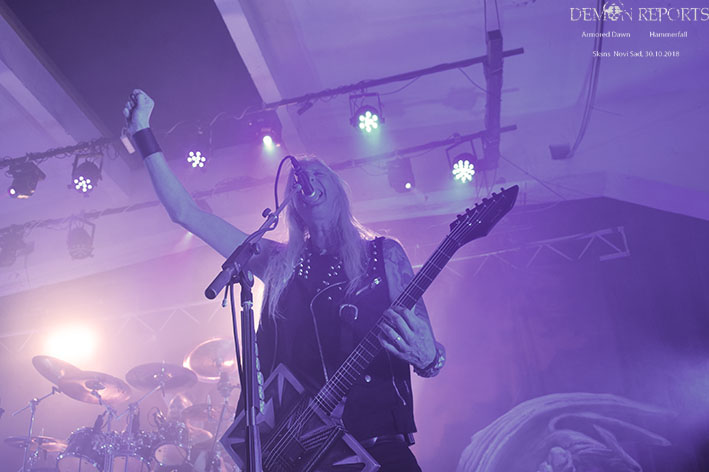 Hammerfall as a band show the true power of heavy metal and the vibe of the 80’s in it’s true form, because rock and metal has been always about fun and having a good time, with this show they showed that the heavy metal is alive, and that the spirit of rock and metal never dies, this was a show that needs to be remembered, a heavy metal punch , with some old school attitude, waking you up from the monotony of life. Heavy metal rules all!

Live Report: St. Patrick meets Halloween, night of the full joy on the Holiday of the horrors!
Brutality of the extreme metal strikes hard in the Monday apocalypse!