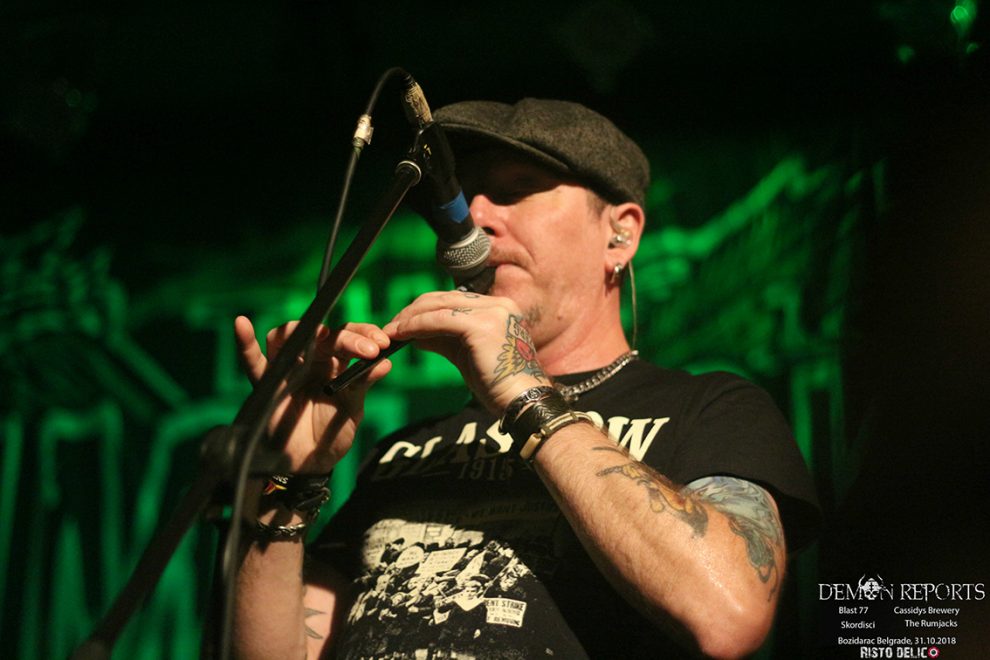 Punk giants The Rumjacks held a concert with the Serbian support punk bands like Cassidys Brewery, Blast 77 and Scordisci at Bozidarac in Belgrade in Serbia on October 31st. If someone thought that the Halloween is a holiday that only celebrates magic,darkness and other things, you are wrong this was one of the most happiest, but also the craziest night of the Halloween of this year, it’s was wicked in the good way, positive madness with some Halloween darkness to it, unusual but still great. 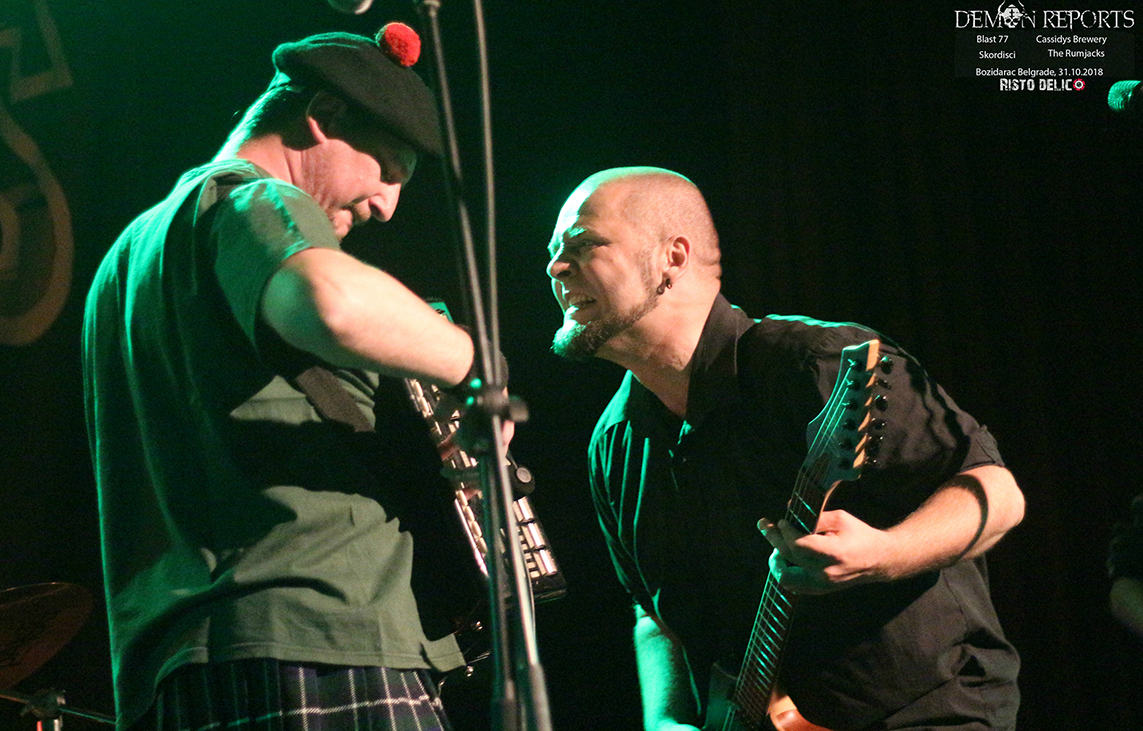 The first band to perform was talented and great Serbian punk band inspired by Irish music called Cassidys Brewery. This band was the first, and that is way, which is a sad thing they did not play in front of the bigger audience, but they stay strong and played the music in the most awesome and interesting way, it can be seen that the band has a potencial, and that they are trying to show it to the audience in their own way. They have some amazing energy on the stage, and each song was played, with the full heart by the band, it sad because this band deserved better response at the gig, and they had a little time to show everything they got. The show went on and the band left the stage and it was time for the second band to perform. 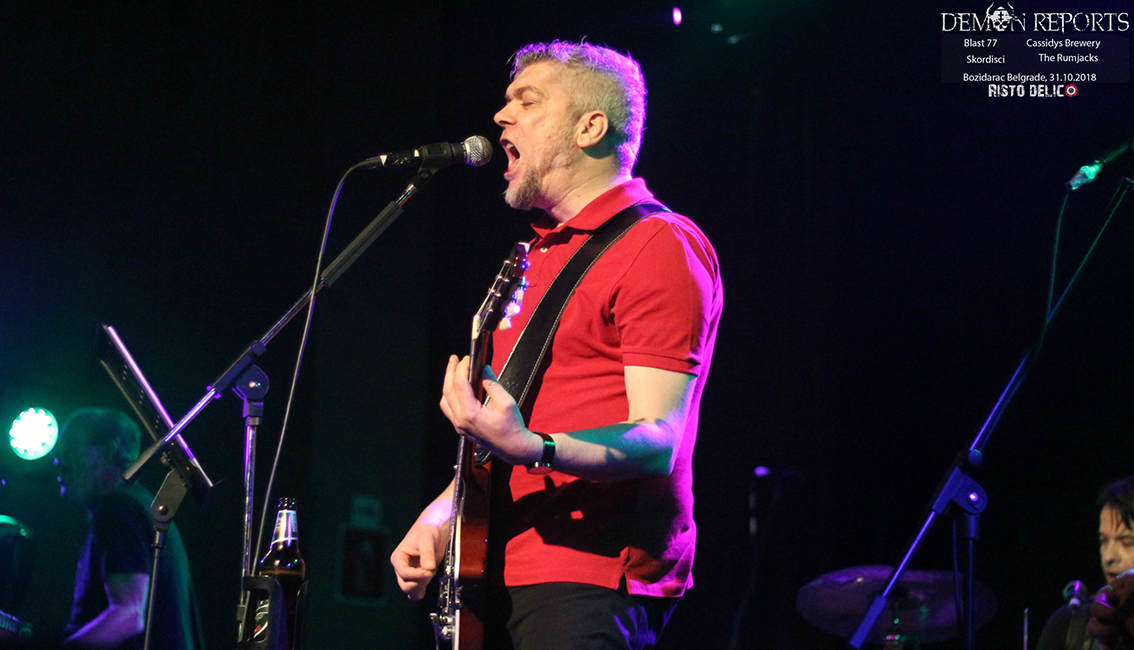 Second band to perform was Blast 77 a typical punk band with some real punk attitude to their music. The played the songs like ”Sail Away”, ”Heroes” and ”Fields” and many more, also the band thing about this show is that the audience were dead, and the atmosphere was worse, when the first band played. 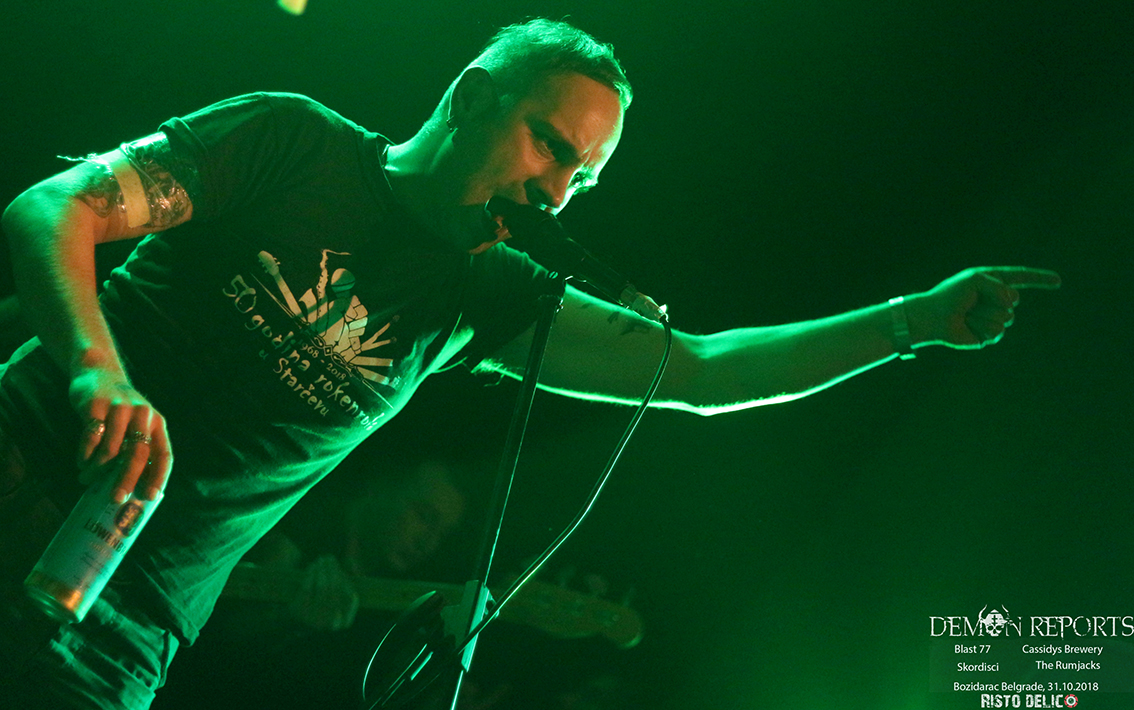 In some moment Slavko Kozomara a singer of the Goatmare & The Hellspades and Raskid 13 joined the band to sing a one song with them, and then the audience was a little bit in the move and they were interested by the fact that he was on the stage with them, and also the organizer of the whole show and Vocalist of the band Scordici, Strahinja Kosovac join them as well, and it was a very cool moment to see how punk musicians support each other. The show went on, the audience was still dead. 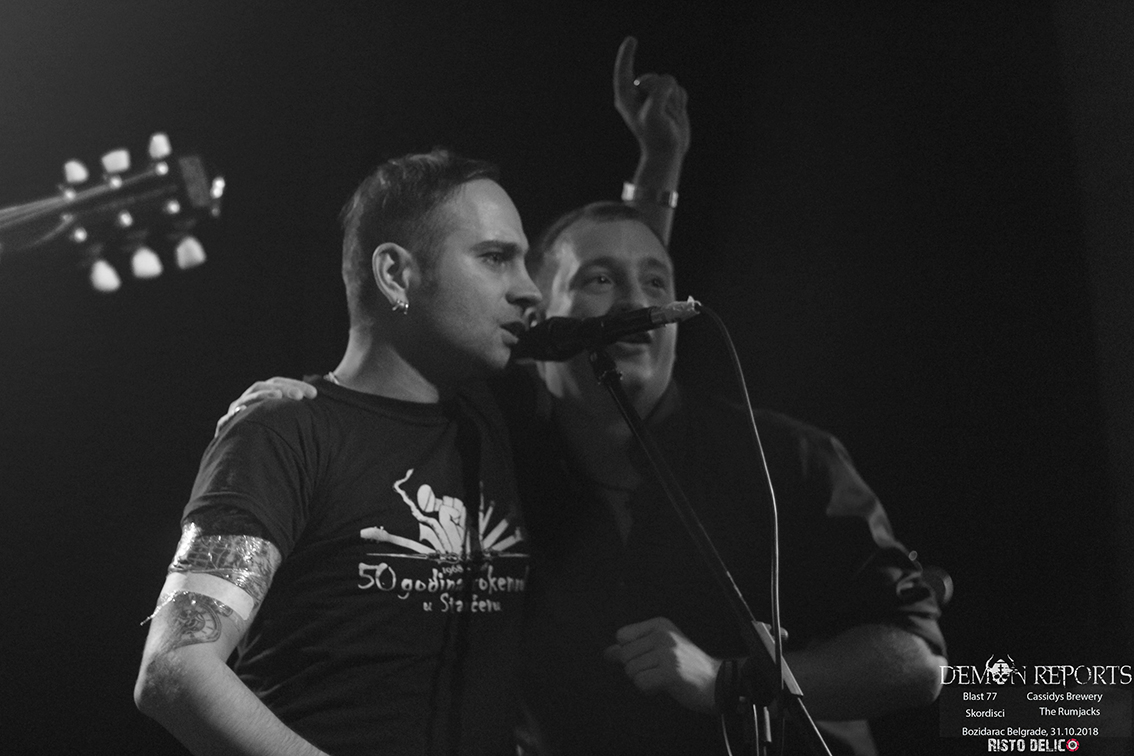 Technically band was beyond amazing and they presented they music in true punk style, right up in your face, they left the stage, and the third band was up to play. 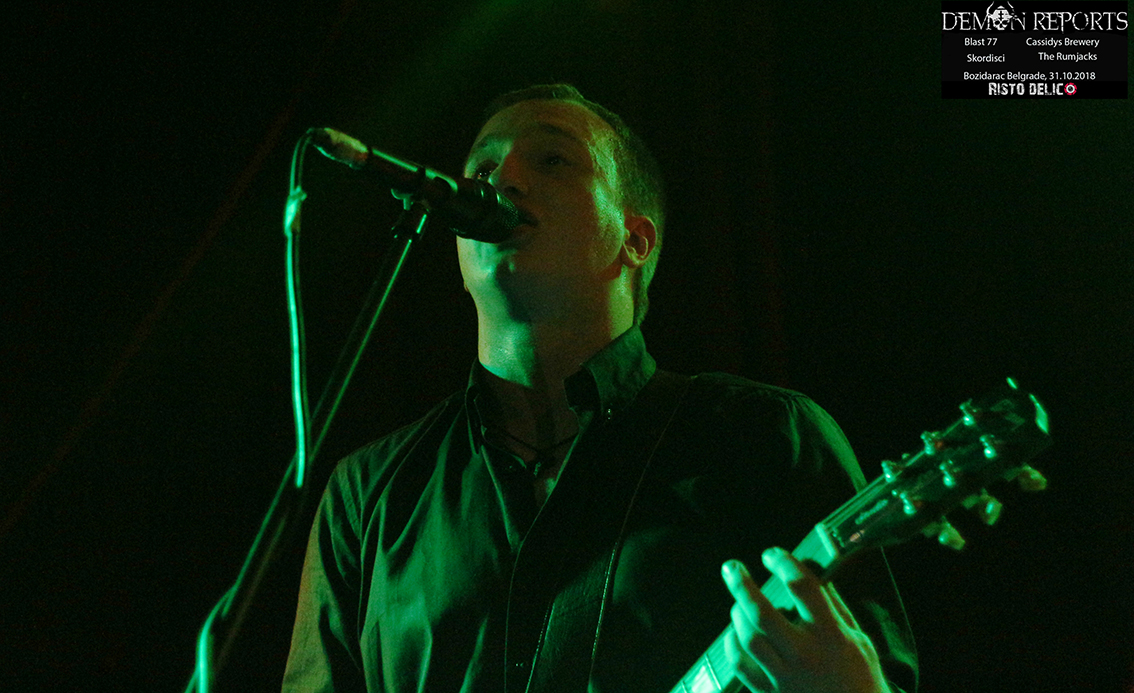 The third band that performed on the show was punk band Scordisci. This is a band that has some beautiful melodies in their songs, the audience was on their show in big numbers, because this is a known punk band in Serbia, in their performance for this show, they had everything, the tehnical part of the show was great, the sound, atmosphere, audience enjoy it fully. It was a real punk party in a true meaning.  They played for the end of their show, the songs like ”My Heart Will Go On ” and ”American Jesus”, and then they left the stage, and the punk gods can perform as the stars of the night. 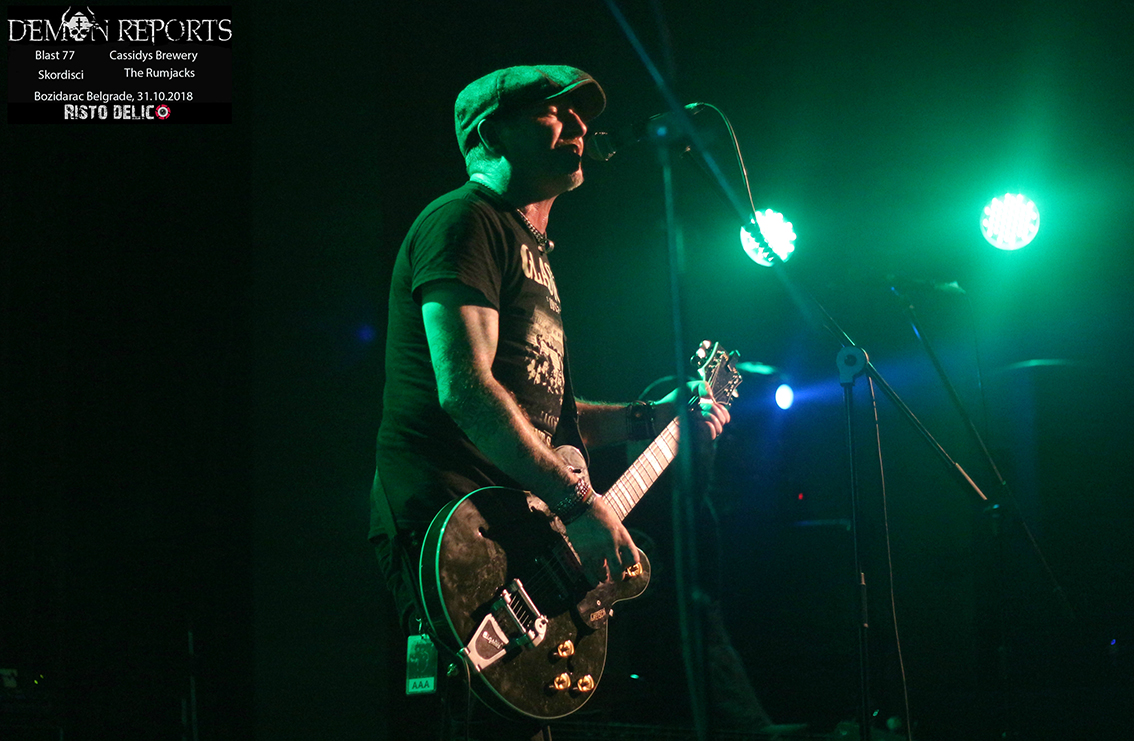 Then finally The Rumjacks got on the stage, and there were ovations by a large number of audience, that came in more numbers for the show of the punk masters. They played the songs like “Barred”, ” Cold London”, “Kathleen” and ”Saints” which is a new one. This show was a demonstration of true power of punk, but also with some positive atmosphere from the audience, that reacted to the each songs with screaming and dancing with the every tone of the songs that has been coming up, the sound was perfect, their reactions to the fans where amazing, they were very friendly towards fans,  it was interesting to see people with costumes, punker’s, and other kind of people as well, and they all enjoyed the show in the same way, they were one at that moment, it was just great. They dominated the stage with same punk power to it. 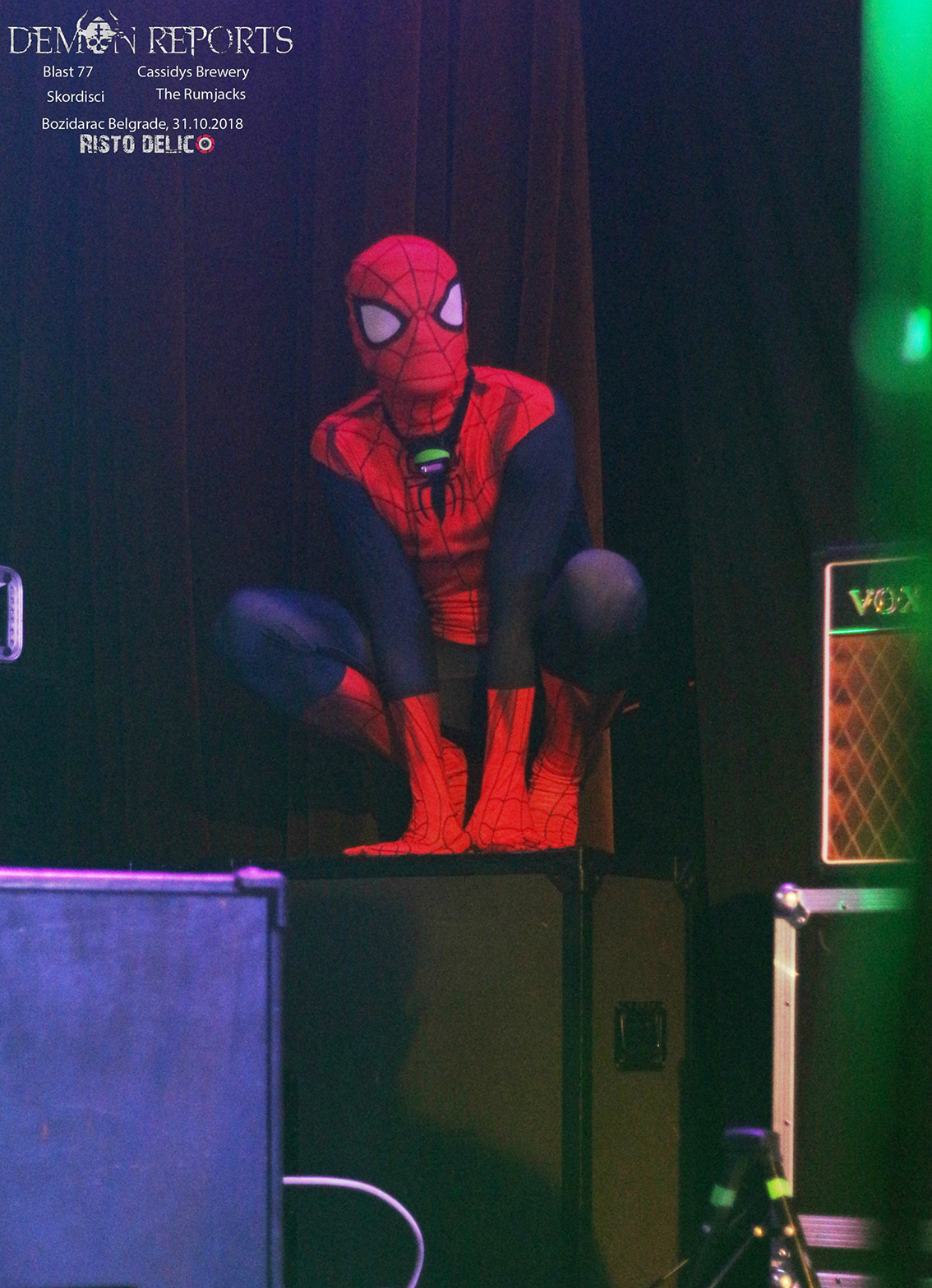 There were in their music trough the show, the influences of punk, irish music and some other punk influences, so it made the show more interesting. One of the best moment of the show was a Spiderman cosplay moment, man in that costume, he was like helper for the band or something, he entertained audiences with strange behavior, and he was very interesting to the audience. This shows that the band respects the Halloween tradition as well, and made on their show their own version of this Holiday as well. The show went on, the screaming went on, jumping, beer’s all over the place, insane positive atmosphere, and then the time has come for the band to left the stage, and the fans very sad and happy at the same time, but they had their smiles on their faces all the time.

This was a real punk show, and it had punk vibe to it. On Halloween with some irish elements, this was a party that was insane in a good way, a true Halloween night with the touch of the joy in it, a happier version of Halloween. Punk is not dead, it’s alive and strong!

Live Report: Viking and Pirate madness brought the fun through a night in a crushing form!
Live Report: Night of the hearts on fire, while the hammer falls!