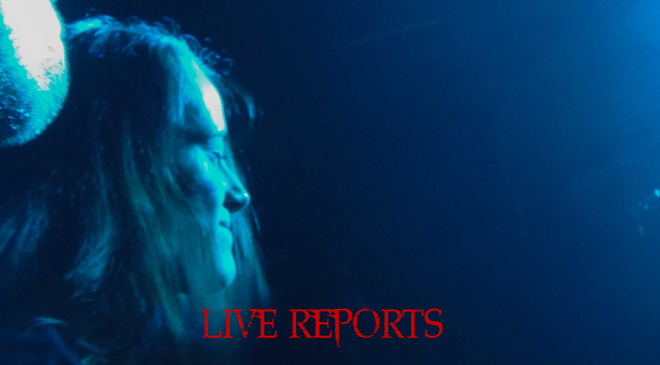 The power of symphonic and folk sounds

The power of symphonic and folk sounds by Heidra, Fleshgod Apocylpse, Ensiferum

The Legendary Finnish viking-pagan folk metal band held the concert with for the first time In Serbia Belgrade, with another metal legends FleshGod Apocypse which is there second time in Belgrade to held the concert.They held the concert in the theather hall of Dom Omladine. Approuching the Dom Omladine it can be seen, that there were fans outside the bulding, and inside the building waiting for there favorited bands to start playing.Every band started in time, which is suprising.The fans entered the hall, waiting for the show to begin.

The first support act was  Denmark epic folk power black metal band Heidra and this is their secong time in Serbia Belgrade,the hall was almost empty sadly. They got on the stage, and they begin playing in very possitive and furious style. The crowd was screaming, headbanging, enjoying the show in every possible way.The band were in the good mood. The singer thanked the, Serbian singer Zoran Sokolovic from Infest, for welcoming them in the Serbia, aslo the singer and the guitarist thank the audience for being here, and that this is there second time in Serbia Belgrade.They continued playing in good mood, and the crowd was in the very good mood, under the influence of melodic music trance. The band left the stage, and they were satisfited.

The secong support act was Legendary Italian symphonic death metal band  FleshGod Apocylpse.  Their entry on stage was very interesting, special in theatrical manner, the female singer was first step into the stage with the sitck and the mask, looking so mysteriously and evil. She was something special. Then the other members of the band got on the stage with her, And the show began, as announcement for teatrical metal madness to begin. There where ovations, screaming, the fans falling in trance, haedbaning, most pist. Band played songs form their last album King and there older songs. The lead singer of the band, thank the audience for being here on the concert, and said that this is there second time in Belgrade Serbia, after six years. He told the public they can do better,  in raising the atmosphere and supporting the band on the scene. With the bottle of wine, he asked the audience,fans to do a Death Wall, they got histerical, and all of them did the the Dead wall,crushing there bodies into one another. The band was very powerful on the stage, the acoustic of the hall made the sound more crushing and more loudher. The band left the stage. The fans were very satisfied, and happy.

Finally it came the time for the legendary Finnish vikings to ger on the stage. They got on the stage, the crowd went crazy and there were ovations, the atmosphere was beyond crazy, and everybody was in the great mood, the magical viking atmosphere hypnotized everyone in the hall. The singer  greeted the audience, and thank the fans for being here.The concert continued, the fans were hadbanging, dancing, there were most pits, crowd diving, completely madness in the good way. The membres were in the great mood, the made fans go crazy, and made them happy. The singer announcement every song, before they were playing it, they played a few songs form there last album One Army Man, and they played there older songs.The Ensiferum got off the stage, the fans were in complete trance, it can be seen on there faces, that they had a time of there life, smiling they went home, as the night they will not forget so easily.This band showed way they are one of the best viking bands other there, this band is a ultimate viking metal band, with this concert they proved, way they are the true viking warriors, going in the battle with they gitars, with the help og the gods. Amazing concert, in true viking power in style.