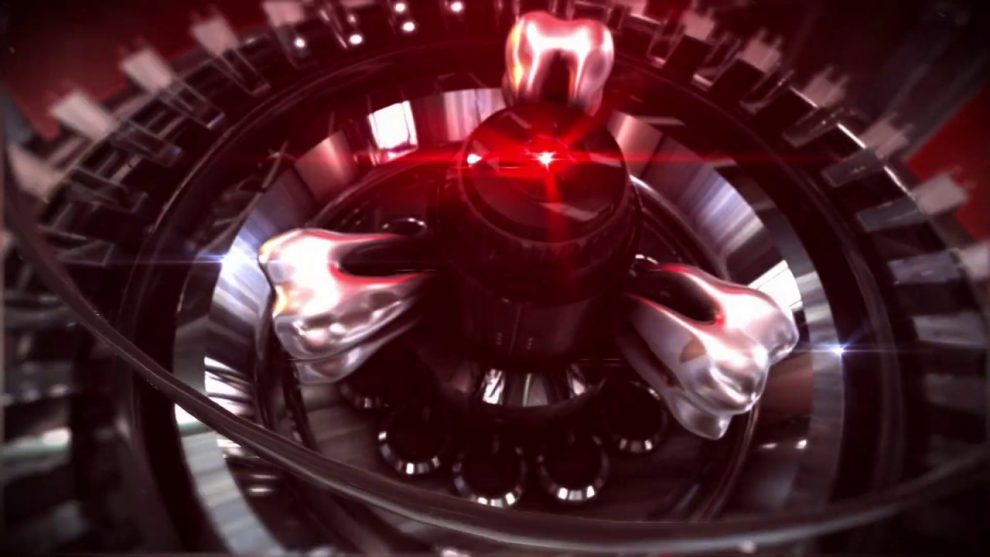 3teeth releases a third song from their forthcoming album, “Metawar”, which will be released on July 5th Century Media Records!

The band previously released the videos for “Exxxit” and “American Landfill”  . Singer Alexis Mincolla, in a recent interview with Kerrang!, discussed the NSFW video clip for “Exxxit” and the concept behind the song and accompanying video.

Vocalist Alexis Mincolla states this about the new music video and the song:

“I wanted to kind of show this play off self-destruction as a form of liberation. Because I think that’s constantly what people are doing. People work Monday through Friday, 9-5, and then Friday 5 o’clock hits and we just want to get fucking obliterated.”

3teeth have a busy summer ahead of them, aside from the July 5th release of “Metawar”, the Los Angeles-based band head to Europe, joining Ministry for a two-week trek, followed by a month of North American headlining shows (dubbed the “Metatour”).

3teeth released their self-titled debut album in 2014, seeing the 14-track collection top the iTunes electronic charts and gaining the outfit widespread attention, both among-st music lovers and musicians, leading to the band’s opening slot on two legs of Tool’s 2016 North American tour. Once off the road, 3teeth locked themselves in the studio, releasing their sophomore album, “<shutdown.exe>”, in the Spring of 2017. The album debuted at #23 on Billboard (US), and took the band across North America and Europe  headlining, and supporting acts such as Rammstein and Danzig.

Check out the official video for the song called “Afluenza” here:

Batushka released the music video for the new song “Wieczernia”!
The Official schedule for the Cannibal Corpse show has been announced!