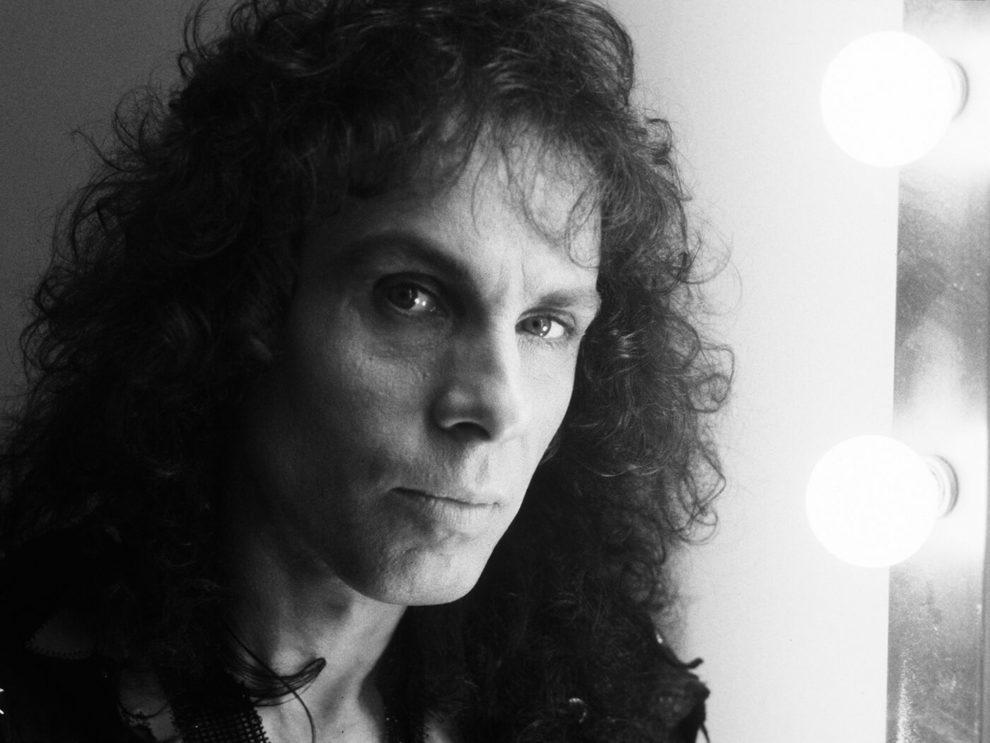 Dio  is not just  a other hologram.Wendy Dio, wife and longtime manager of Ronnie James Dio, has confirmed that there are “a lot of unfinished songs” from the legendary heavy metal singer that may eventually see the light of day.Ronnie James Dio, best known for his work with Black Sabbath, Rainbow and Dio, died of stomach cancer 10 years ago at the age of 67.During a brand new interview with Australia’s Heavy,
Wendy was asked if she ever comes across any unreleased Dio material in the vaults that she previously thought was lost or that she was able to rediscover. She responded (hear audio below): “Oh, yeah. I find it all the time. Every time I go over to the storage — it’s in a climate-controlled storage. It’s all labeled and stuff, but I find stuff all the time. ‘Oh, look at this. This is really good. Oh, yes. This is wonderful.’ And there’s a lot of unfinished songs that in the future we can figure out how we can put them out. But it has to be perfect, it has to be the way Ronnie would want it. I don’t wanna flood the market with just a bunch of old crap. I’m very particular about what we find, and then having someone with professional ears, like [Dio‘s longtime recording engineer] Wyn Davis, listen to it to make sure it’s fine before we put anything out.”As previously reported, Wendy is working with legendary rock journalist
Mick Wall on Ronnie‘s long-awaited autobiography, tentatively due in 2021. The book was three-quarters written before the singer’s death and which was originally scheduled to be published several years ago via MTV Books.Also due in 2021 is a documentary that will cover Dio‘s career from his early days with Elf to his final project, Heaven & Hell. It is the first documentary about Dio to be fully authorized by the artist’s estate. BMG is both financier and executive producer of the film, with all rights available worldwide.Ronnie James Dio passed away of stomach cancer on May 16, 2010 at the age of 67. A few months after his death, MTV Books announced plans to release his memoir, which at the time was going to be called “Rainbow In The Dark: The Autobiography Of Ronnie James Dio”.

Dio was renowned throughout the world as one of the greatest and most influential vocalists in heavy metal history. The singer, who was recording and touring with Black Sabbath offshoot Heaven & Hell prior to his illness, was diagnosed with stomach cancer in late 2009. He underwent chemotherapy and made what is now his final public appearance in April 2010 at the Revolver Golden Gods Awards in Los Angeles.

Check out the statement of the Wendy Dio about the Dio Legacy, here: