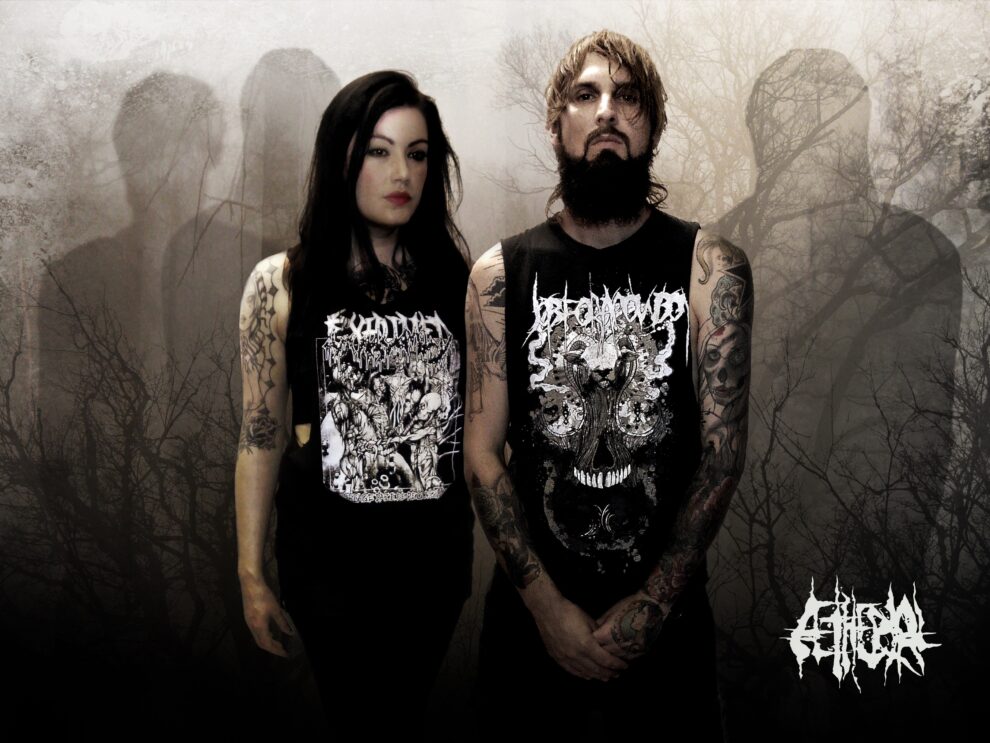 This is one brutal extreme song, that will spin the mind of the listeners all way around – with some guttural growls by Vocalist Shep Sheppard –that are so coordinated and balanced in the song, which made the song with his vocals just a monument of brutality, as well the orthodox brutality of destruction that devours all the living around it, hungry for blood.

The drum set, riffs are very well adjusted and implemented into the song, they are mixed very well with the vocals, the whole structure of the song in that perfect technical manner. Vocals are in a great way arranged with whole production, it is interesting as well, that the vocals are so clear and they can be heard in the right way, every word that the Vocalist sing – this indicates that this song is just one crushers that the listeners will devour with their ears and views with their eyes, because of the acting part of the Vocalist’s role – where he has that zombie like act and it’s very effective to drove the attention of both viewers and listeners together. The song in the lyrical explores themes of chaos and destruction driven by betrayal and tragedy , so the title of the song is sarcastic and it means who cares it’s just blood of someone who deserves it.

Video images are edit are quite great, they are very well adapted to the whole – a story of destruction and sorrow.

Vocalist Shep Sheppard states this about the new music video/song:

“Essentially it’s about being so betrayed that it pushes one to give absolutely anything to exact revenge. It looks at how we often surrender the very things that make us human, dismissing them as trivial at the time without weighing up the actual cost.”

Brutally fierce, crushing and relentless Death Metal from Melbourne, Australia. Formed in 2013, Aetherial forge a uniquely dark and devastating sound which combine formidable vocals, intense guitar riffs, grim harmonies and captivating Melodies. Lyrically, Aetherial explores the darkest recesses of the soul; exposing what is lurking behind the false reality of everyday life. The bands debut album, The Still Waters of Oblivion was independently released in 2015 with the follow up, ”Nameless Horrors” releasing October 23th.

”It’s Only Blood” is available from the Aetherial website and all good online music stores as well as streaming on Spotify.

Check out the official premiere of the music video for the “It’s Only Blood”, here: