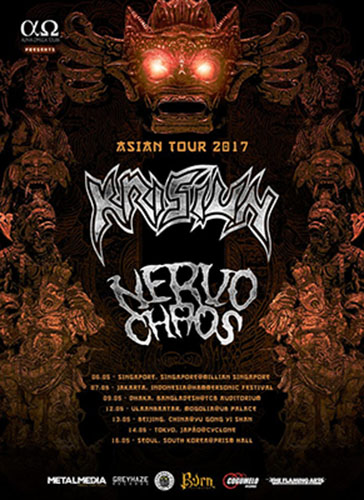 ALPHA OMEGA Management‘s ALPHA OMEGA Tours has a huge pleasure to announce the follow up for the “Latin American Tour 2017” (in March), the Asian 2017 Tour, co-headlined by the Brazilian death metal maniacs KRISIUN and extreme metal lords NERVOCHAOS, kicking off on May 6th in Singapore. Check out the tour dates below.

“The Brazilian Death Metal attack continues in Asia. On May 6 starts the Asian tour. Krisiun and NervoChaos will play together in Singapore, Indonesia, Bangladesh, Mongolia, China, Japan and South Korea. See you all there!”

“We’re teaming up again, with the almighty Krisiun, for an Asia tour during early May! It’s an honor to be able to have that package around Asia doing 7 shows together.  Beware!!! A unmerciful raging storm of Brazilian METAL is coming your way!!!” 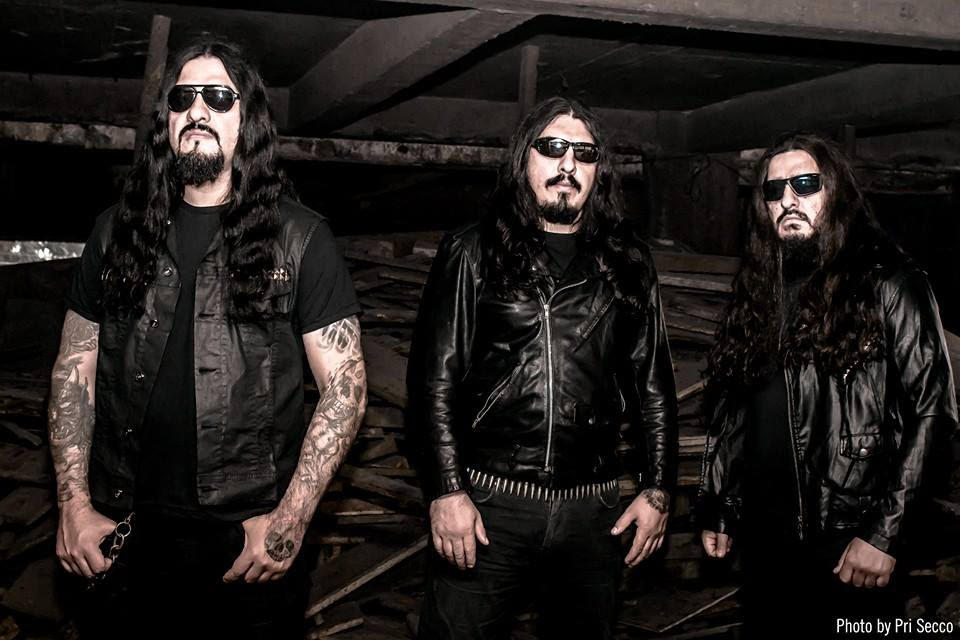 KRISIUN’s latest album “Forged In Fury” was released in 2015. The album scored #1 in the sound check of LEGACY (D) right away, and made it to # 7 in the RockHard (D) sound check and to #8 in the Metal Hammer (D) sound check. The album was produced by Erik Rutan, the brain and heart of death metal masters HATE ETERNAL and former guitarist of MORBID ANGEL. Check out the video “Scars Of The Hatred”, filmed at PartsySan Open Air 2015: https://www.youtube.com/watch?v=xkhHdDCg6zk 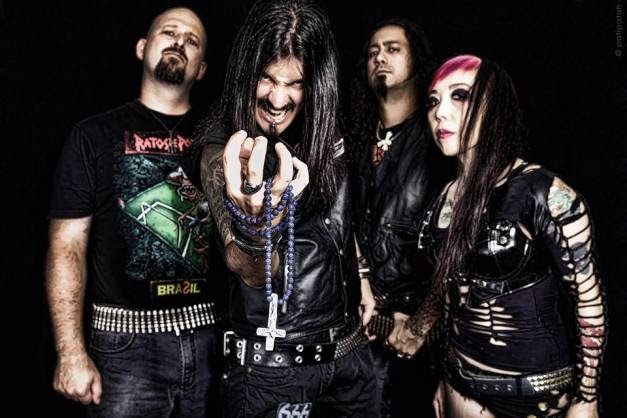 NERVOCHAOS released their new album ”Nyctophilia” on March 10th in Brazil via Cogumelo Records. The art of both the cover and the booklet was created the talented Brazilian artist Alcides Burn (Blood Red Throne, Acheron, Iconoclasm, Malefactor, Queiron, Headhunter DC, etc). ”Nyctophilia” was recorded in Italy at Alpha Omega Studio, along with producer Alex Azzali, who is also responsible for mixing and mastering the work. Check out the outstanding 360° live studio video for the song “Total Satan”: https://www.youtube.com/watch?v=2AntmUMeGQY

Dynfari stream of entirety album “Four Doors of the Mind” is available!
CRAVEN IDOL streaming of the”The Shackles of Mammon” in full, and the interview is available at Decibel Magazine!