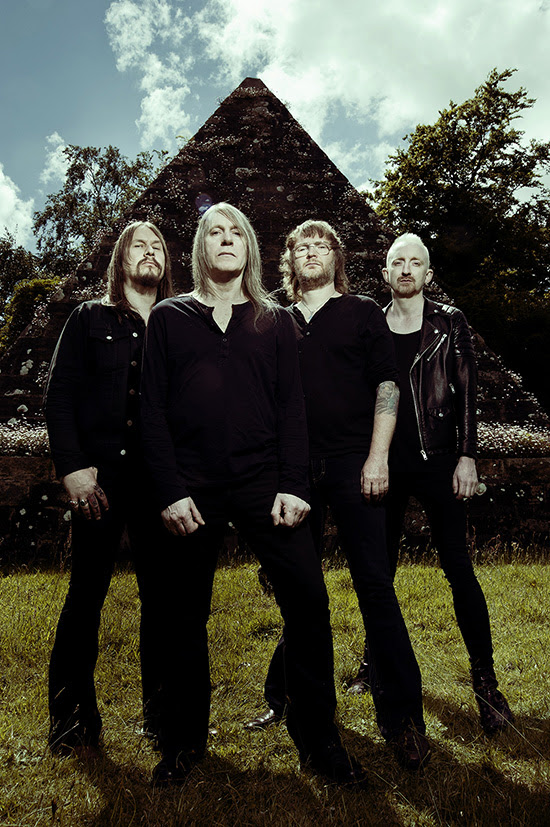 Metal Blade Records is proud to welcome Angel Witch to its roster!

Angel Witch‘s 1980 eponymous debut on Bronze records created shock waves that would resonate throughout the nascent realm of thrash, doom and death metal. Now, nearly four decades later, the band remain custodians of a style that transcends era and archetype. Their current line-up first formed eleven years ago, delivering 2012’s critically acclaimed album, ”As Above, So Below”. The long-awaited follow-up to this record will finally arrive in winter 2019 via Metal Blade Records.

“It’s hard to believe it’s been almost a decade since we recorded our last album and it is beyond exciting for us – personally – to have another record fully finished and in the bag which reflects the passion and chemistry of the killer line-up we have enjoyed over the last two and a half years. When looking for a label to release material we were so vibed up on, we knew we needed a team around us who shared the same level of relentless enthusiasm for the project that the band have and, even though we’re still months away from street date, it already feels like we have found just that in the Metal Blade family: their perfect balance of understanding where were coming from, their own, subtle, creative input, their seemingly endless patience for our internal prevarications, and the crucial ability to ask, ‘Do you really think that’s going to work lads?’ when needed, has made all the difference in turning eight songs we recorded in rainy Leeds into a fully-fledged Angel Witch record. What else would you expect from an international company staffed entirely by Heavy Metal fans?”

Before the upcoming album’s release, Angel Witch is giving fans the chance to listen to new music early, with a special cassette. Featuring pro-tape and a xeroxed inlay, the release is limited to 100 hand-numbered copies – and is exclusively available via Gleam. Sign up for your chance to win a copy here: gleam.io

They also stated this about the upcoming new release:

“Seeing how the opening cut from our new album has some riff, structure and melody ideas (not to mention the title – which we can’t tell you yet) culled from an old Angel Witch live tape that was traded extensively back in the mid-eighties, we thought it would only be right and proper to dub up some copies of the song onto cassette and give you the chance to get your hands on one for yourself. If you win, put it on your trade list and dub it for your contacts. And, please, send back my stamps!”