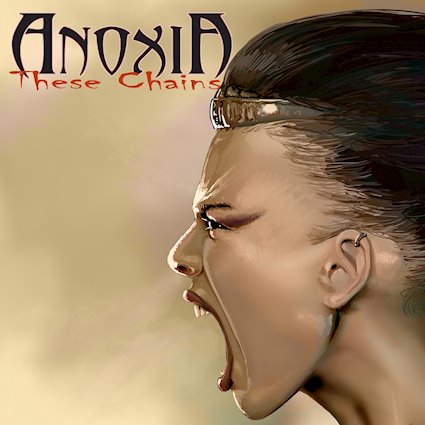 Danish heavy metallers Anoxia premieres the music video for the second song “These Chains”, taken from their upcoming new release “To The Lions”, which will be out in October 4th, via Mighty Music Records.

This band did an amazing job with this song, it’s s fusion of rock, melodic heavy metal and trash metal, all of it is combined in such a clever way. All of the influences are just pieces of the puzzle making the song invisible, from the begging  till the end, solos at some point of the song are just insanely good, very well balanced with the riffs too, just a perfect symphony of destruction and melody.

Vocalist Lars has that catchy unique vocals, that made the some more unique and interesting. The most amazing thing is how the band, in each part of the song balanced the musical influences with the whole structure of the song, from the one part of the other, it’s has that effect that you are listening to three song at ones, with mixed genres of music, and this is the reason way this song is so outstanding and complex, great for breaking necks. Without there chains, rock/metal destruction will set you free.

Vocalist/Guitarist Lars Frederiksen states this about their music:

“Here we are dealing with both a classic AnoxiA recipe music wise but also a clash of metal meeting hard rock. The fundament of the song is a melodic and powerful riff and the song opens up with several changes in speed and intensity”. “I am tempted to call it the ballade of the album due to the high melodic chorus, but I won’t – everyone knows that ballades are not to be found on true metal records”, Lars laughs.

Check out the premiere of the music video for the “These Chains”, here: