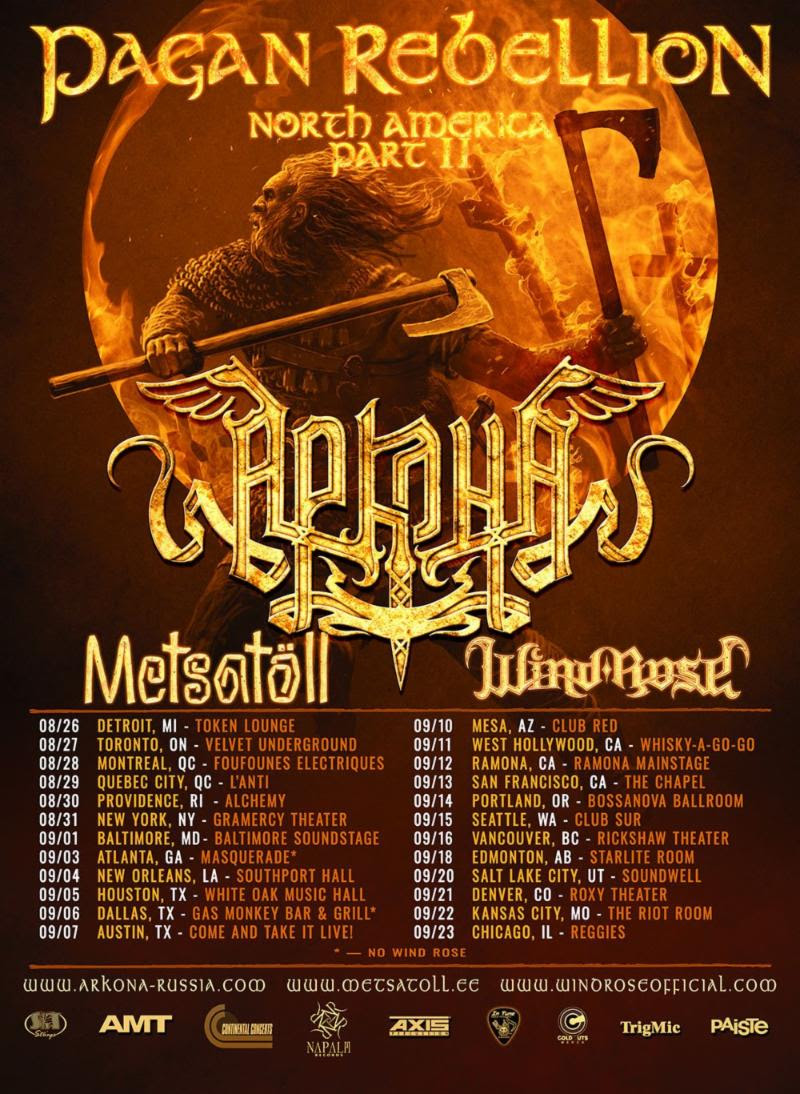 The Official schedule for the Cannibal Corpse show has been announced!
Enthroned premieres the entire new release ”Cold Black Suns”!