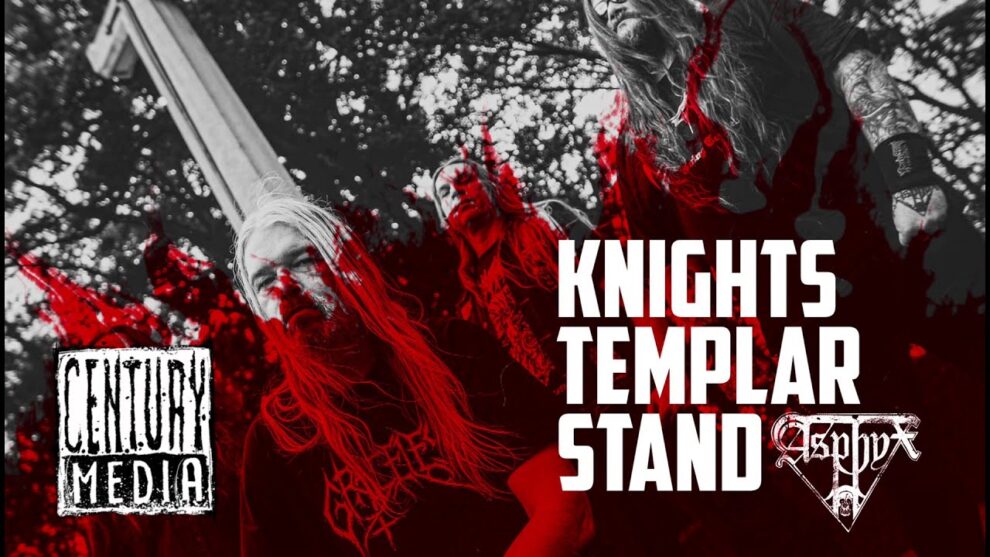 Therefore, Asphyx are launching a second song for the album with the song “Knights Templar Stand”, which can also be checked out in a lyric-video created by Maurice Swinkels / Younique Film (Legion Of the Damned, Exodus, Kataklysm, etc.)

Frontman Martin van Drunen states this about the new song:
“A mainly very heavy up tempo track about the Knights Templar battling bravely in the Levant. Outnumbered by many, standing their ground until the very end. A typical  Asphyx song in our well-known neck-breaking metal style and fashion.”

“Necroceros” was recorded at Tom Meier’s Tom Meier Studio as well as at Paul Baayens’ The Mörserstudio and then finally mixed/mastered by Sebastian “Seeb” Levermann at Greenman Studios.

In addition to several festival appearances coming up for 2021 and 2022, Asphyx have most recently also announced a very special free live-stream release show event for “Necroceros” to be held on Saturday, January 23rd, 2021 at the “Metropool” venue in Hengelo, The Netherlands!

Check out the official music video for the “Knights Templar Stand”, here:

Ektomorf releases new music video for the “And The Dead Will Walk”, revealers the details for the upcoming new record “Reborn”!
Sacred Reich announces European tour with Sepultura and Crowbar for November in 2021!