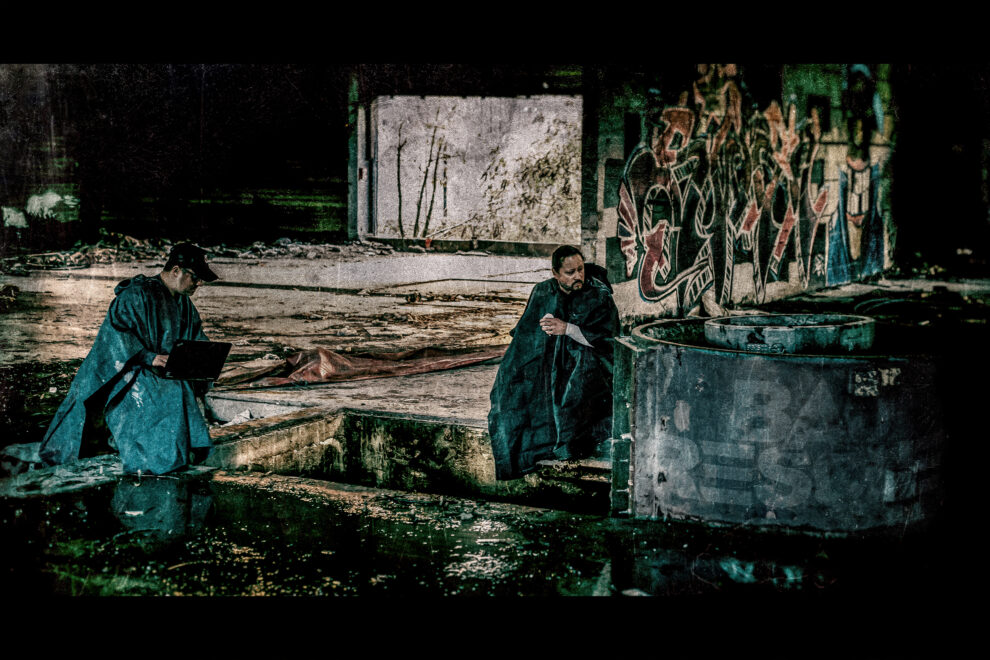 Bad Rescue is stretching the boundaries of genre on their latest song “Wall Eye” – they also released a new official music video for it. The industrial influence, rap infused heavy rock track brings a little something for everyone.

The band states this about the music video/song:

“Wall Eye is typically the kind of song that we’ve wanted to produce for a long time. A mix of Indus Rock with rap vocals on the verses. The voice of King Marino on these verses brings a dramatic and dark vibe to the song while you can feel the wrath of the lyrics in the chorus. All of those elements got mixed up with a heavy guitar riff and you’ve got a sick crossover song called Wall Eye!”

Bad Rescue is the brainchild of brothers David and Franck Potvin (Lyzanxia, Phaze I, One-Way Mirror) and employs the perfect mix of Thriller Movie ambient music with industrial, electro, arena rock and of course metal for a sound that is eerily fun. The band is a mix of cinematic and  musical influences without any style limits. Always more powerful, catchy, with ever heavier production. The project will feature not only surprising sounds, but surprising guest artists, that only add to their cross genre appeal. Bad Rescue is a new outfit that is one to keep your eyes on.

Check out the music video for the “Wall Eye”, below:

Anoxia premieres the music video for “Take Down The Mountains”, follow the path of freedom, fused with the divine melodic heavy metal!
The Waters Project released music video for “It’s What You Do To Me”!