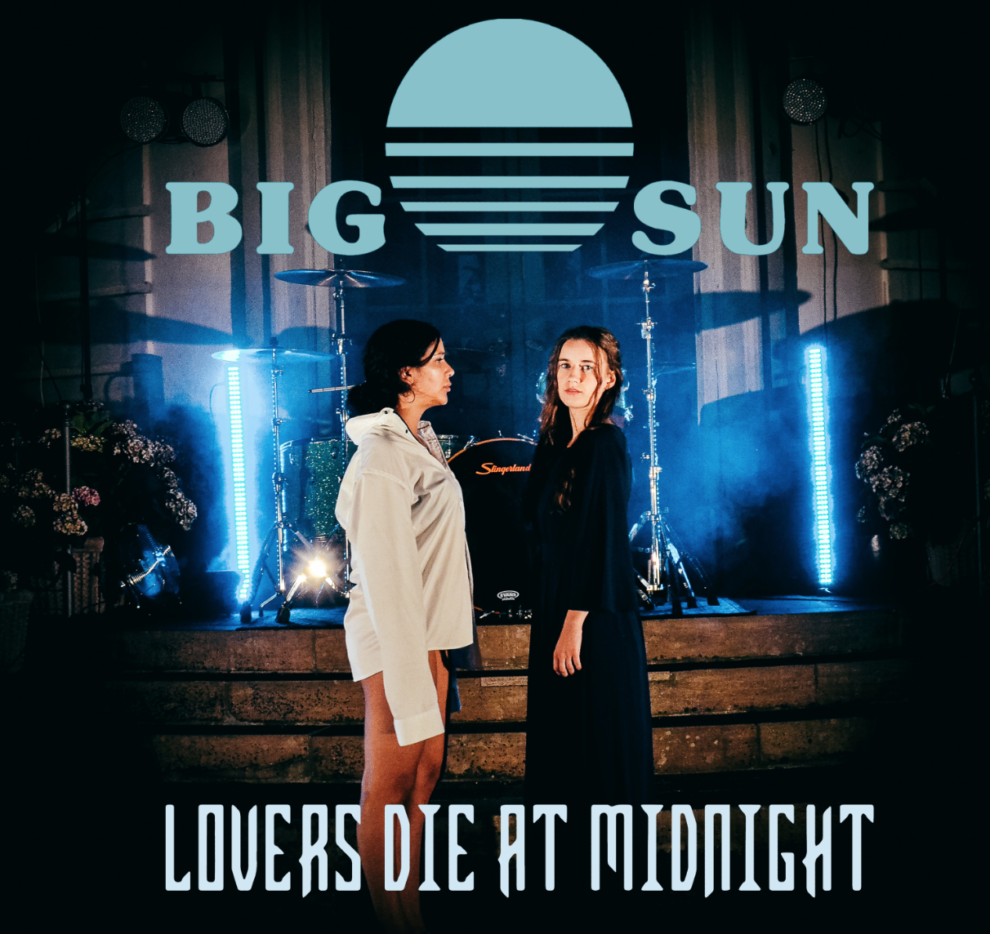 Starting with this melodic keyboard sounds that indicates that this song will be ultra catchy, shows after this intro how catchy it is and it’s quality. Mixed with greatly adapted classical riff foundation, special drum beat of the song and catchy vocals – that also have high quality to it – shows that this song is one perfect rock song to listen to. It has various sounds and melodies, that are arranged and adapted – with such groove and sense for the rhythm, since it is quite rhythmical song in it’s core. And the arrangement’s are done smoothly – to create this aural oasis of sounds and melodies, to have this special aural moments.

Very precise approach to arrangement parts, planned and organized – which resulted in creating this authentic 80’s melodic journey.  Production is insanely good, it can be heard – that the guys payed attention how would all of the arrangement adaptation be, covered by great production to point out every detail and organized approach, synchronization in the song, from all of the technical side. Production helped a lot in this kind of approach and gave it this charm. That created this epic atmosphere of melody, that is sliding – drooping and moving all around all of the time. Then there are this arranged passages that in combination with production like this, sound so refreshing, catchy and interesting. And of course, passages are perfectly sliding into one another – with all of the various sounds and melodies following it. Then the this kind of production helped in shaping this passages and other technical adaptations to it – creating one of a kind 80’s experience of melodic rock – that is blended in with modern approach in such outstanding way.

Vocals are the most catchy thing in the song – with chorus, of course. It gave the song this groove, catchy effect – just to sound so great and divine. The vocals are just in that 80’s style, but for sure they have this modern approach, that goes along with it. Vocalist of the band has precise technique, great voice color – authentic, as well. Coordinated and balanced approach – with such energy to it and passion, that is one more plus for the song. Which resulted in this flood of epic musical ride.

Their music resembles  to Ghost, but at the same time there are some Kiss influence to it. It is quite interesting to hear that fusion in one band, but yet they have something authentic of their own – created in this fusion. They added this classical 80’s sound, shaped it into modern music layer. And created something that has some truly divine melodic essence and rock spirit of that time, but in general a rock spirit.

The story of the song is about lovers how end up tragically at Midnight. Tragical story like Julia and Romeo, but occult one. Still lovers love each other, they end up tragically. Love is not a game, but a commitment. So if it’s bad, you commitment is bad. Like this lovers who die at midnight. The guys from the band portrayed it in fantastic way not only by sound, but in a video as well. Showing ups and downs of one relationship. Story is perfectly fused – with aural mastery of divine sounds and melodies. Followed by proper visualization in video, that shows the whole package in best way.

This song has some wicked and mind-blowing groove, extreme catchiness that delivers some true rock essence. That is why it is so perfect – with the melodic and divine rock n’ roll, to shake things a lot. 80’s melodic rock – that has supreme melodic essence, that present’s high quality rock. That has this uniqueness of rock n’ roll.

Wait for the midnight, to embrace the power of melodic rock divinity.

The number stands on the shoulders of the masters of the genre – and sounds as if it has always existed. Fans of Ghost, Queen and Kiss should probably take a closer look NOW!

We are Big Sun. We only serve ourselves, our order, and the big sun. The origin of Big Sun goes back to the beginning of the 19th century and refers to a secret lodge founded by Jean-Baptiste Jules Bernadotte, also known as Karl Johan the 14th of Sweden, who before he ascended the throne of Sweden, was field marshal under Napoleon. After much internal strife, Jean Baptiste and Napoleon were reconciled in 1804, and he swore allegiance to Napoleon’s famous quote: ”If I had to choose a religion, the sun as the universal giver of life would be my god”.

After the Swedish coronation, Karl Johan created a secret lodge for Scandinavian and North German nobles, powerful lords and future industrial magnates – Loge du Grand Soleil. He held over a number of years a secret meetings in castles and manors throughout Scandinavia. The Lodge sought to be a kind of shadow cabinet and exercise their power on a political, cultural, and artistic level. The lodge was ruled with a heavy hand by a Grand Master who was the guardian of the lodge&#39;s secrets and who was given &quot;carte blanche&quot; to protect and spread the message of The Big Sun to the chosen ones.

Big Sun’s members are all direct descendants of the absolute pinnacle of the Loge du Grand Soleil’s heyday and are now ready to lift the lodge’s vision of a return of the big truth and true art – borne forth in the essence of music – under the new lodge name Big Sun.

”In the beyond, when the sun goes out – music,  the invisible thread of the universe, continues in eternity.”

Big Sun is a heavy rock force of nature driven by the vision of a tribute to creation. Knife-sharp precision and heaviness make up the big sun’s enormous musical powerhouse. The musical lodge creates a melodic expression with sky-high ambitions, while staring into the abyss and the animal impulses are given free rein. Big riffs, melodic choruses, and
virtuosic instrumental passages consistently seek to complement the vocals and the songs’ messages.

Check out the premiere for music video of “Lovers Die At Midnight”, below:

The Effigy released new song and music video for “Ghost”!
Crom premieres lyric video for “The Era of Darkness”, feel the power of diverse mightiness of metal!