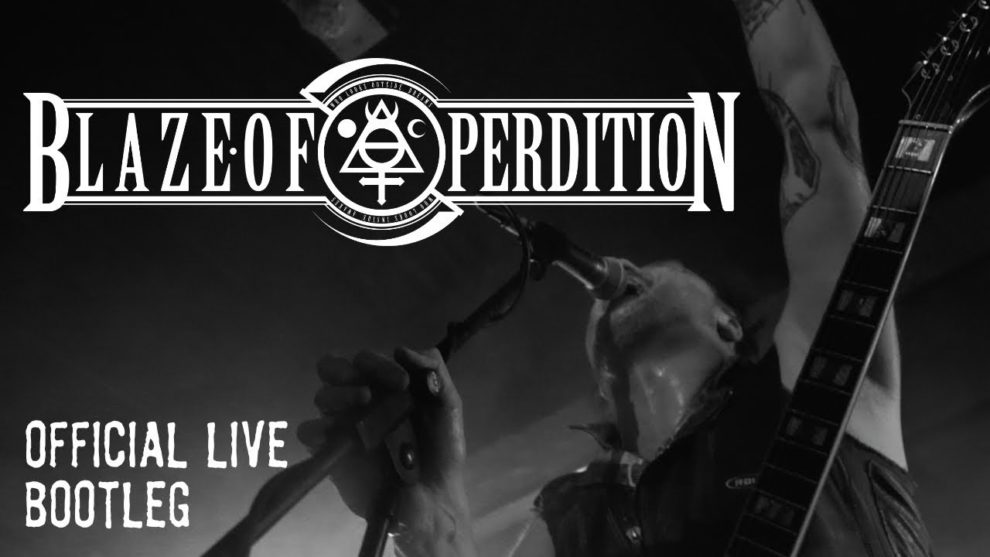 On February 14th, Blaze of Perdition will release their new album, ”The Harrowing of Hearts”, via Metal Blade Records.

Statement of the band about the music video/song:

“This is an official bootleg video recorded by the Metal Blade crew at one of the concerts of the Void Dancers tour w/ Bölzer, DHG and Matterhorn during which we played an experimental set with Konrad “Destroyer” Ramotowski (Untervoid, ex-Hate, ex-Kriegsmaschine) as the third guitarist and vocalist. Here you can check out an alternative version of the new song ”Transmutation of Sins”.“”Although some gothic rock influences could be heard on ”Conscious Darkness”, here we took them out of the shadows and let them shine in the spotlight. It’s also our most collectively written effort so far, with every band member throwing something meaningful to the whole.”

Watch the video for the first single “Transmutation Of Sins” at: metalblade.com/blazeofperdition – where the record can also be pre-ordered in the following formats:

Existing at the forefront of the Polish black metal movement, Blaze Of Perdition return with their fifth full-length, ”The Harrowing Of Hearts”– their most urgent, refined, dynamic and accomplished work to date. Richly layered, it is also their most textured release, and they dive ever deeper into the themes they have been exploring since dropping their debut full-length in 2010,

Towards The Blaze Of Perdition. “I would say the new record is to 2017’s ‘Conscious Darkness‘ what [2011’s] ‘The Hierophant‘ was for ‘Towards The Blaze Of Perdition‘ – a continuation of the initial idea, but in more energetic and catchy form. Perhaps more approachable and listener-friendly, but it’s not up to me to decide,” states vocalist Sonneillon.

Working with the same producer they’ve been teaming with since 2013 and with artwork designed by Izabela Grabda (facebook.com // instagram.com), every aspect of ”The Harrowing Of Hearts” has come together as intended, and with Metal Blade Records now behind them, the band are now ready to work their asses off to spread their name ever further. It’s also safe to say the members of Blaze Of Perdition don’t feel like they have anything to prove going into 2020.

Statement of the Vocalist Sonneillon about the new upcoming release: Check out the live music video for the “Transmutation of Sins”, here:

Benighted reveals details and cover artwork for the upcoming album, releases Christmas teaser for the fans, as well for the upcoming new release!
Chronicle premieres the lyric video for the “They Have Returned”, technical death metal chaos in the name of death!