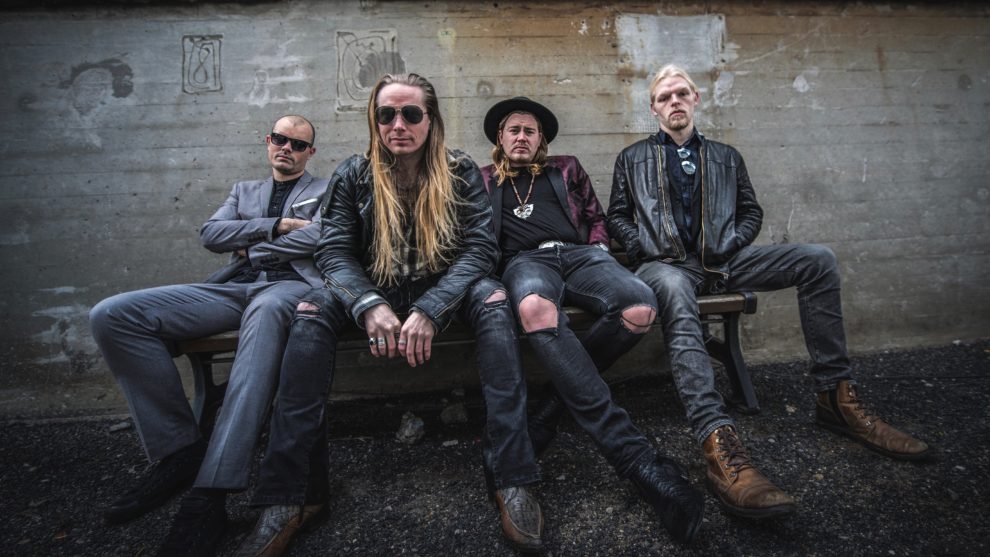 Blended Brew premieres the music video for “Shove It Down” from the upcoming album of one of Denmark’s big hope in classic rock’n’roll, which will be released in May, via Mighty Music Records. Video was made by Simon Geel Krabbe & Jakob Woetmann Larsen.

Catchy riffs in the classical rock style with some blues influences that reminds of Joe Cocker’s work – will for sure grab the attention of the audience, especially of the classical rock fans, because the song has that orthodox rock spirit that has that catchy groove vibe, that will not leave anyone indifferent to it. The video is recorded in studio, so the atmosphere is even better for the song and visually it makes the whole song and the vibe of it, even more interesting. Vocals by Jimmy Månsson are just epic, strong and raw – also they go in the perfect manner with the whole song, making it invisible in that classical rock divinity and power.

Dive into the rock paradise and never look back, rock n’ roll madness is here once again.

“The heavy groove in “Shove It Down” is inspired by one of our favorite bands, AC/DC. The simplicity in one guitar, a steady drum beat, and a rocking vocal is all it takes for a great rock song. We found out that the more simple we made the song the better it got”. I feel we took the best from AC/DC and mixed it with Rival Sons and then we just did it all by our way to get that Blended Brew feeling and sound!”.

Never a band to rely only on music, Blended Brew put a special effort in “Shove It Down” lyrics as well. The result is a song as deep and revolutionary as the group’s main influences.

Vocalist Jimmy Månsson states this about the new song and the lyrics for it:

“The lyrics is about people being blindfolded by today’s society and leaders. We humans don’t question ourselves enough about what is right or wrong, instead we just follow along as it’s the most normal thing to do. (Which sadly it is)”.

Drummer Chris Beck states this about the music video/song:

“It was probably the most difficult song for us to record. We really wanted that heavy groove, but at the same time laid back. And when you do live recordings as a band many things have to be done right before its actually there”.

Check out the premiere for the music video “Shove It Down”, here: