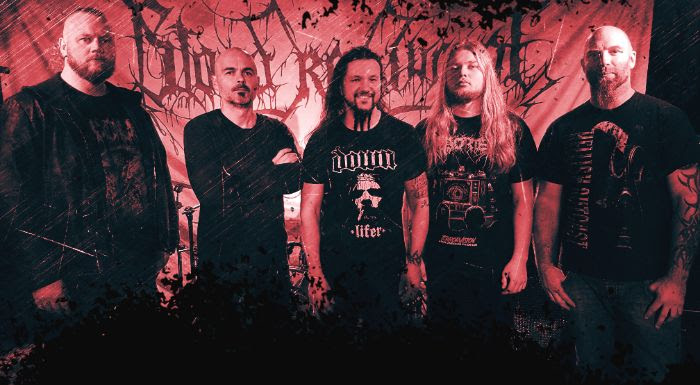 Mighty Music Records is proud to announce the signing of one of death metal most iconic bands Blood Red Throne. The Norwegian masters will release their new upcoming full-length album, “Fit to Kill” in late Spring.

Gutarist and Founder of the band Død, states this about the sign-up:

“2018 was a quiet year for us. Now, we start 2019 by joining forces with our Scandinavian friends in Mighty Music record label, that will release our 9th album, “Fit To Kill”, this Spring. We have several live shows comin’ up and we’re ready as fuck to take back the “Throne”.

Fernando Reis from Mighty Music states this about the sign-up:

“We’ve been following Blood Red Throne as fans since their “Monument Of Death” debut album in 2001, and have always been fans of their crunchy, technically pinched, full-on death metal. They’ve been carrying the DM flame in Scandinavia throughout all the black metal several waves. When the opportunity came to work with them, there was no room for second thoughts”.

Norwegian death metal kings, Blood Red Throne, celebrates 21 years on the scene and, they will release their 9th album in 2019 with following live shows to support their best album so far. The band was started by still remaining member, Daniel “Død” Olaisen, when he played in Satyricon in the 90’s. Original drummer, Freddy “Fred the Shred” Bolsø, returned in 2013 and Ivan “Meathook” Gujic, Ole “Hellbent” Madsen and Yngve “Bolt” Christiansen have been in the team the last 8 to 10 years. Stian Gunner Gundersen has recently been replaced as their new bass player.