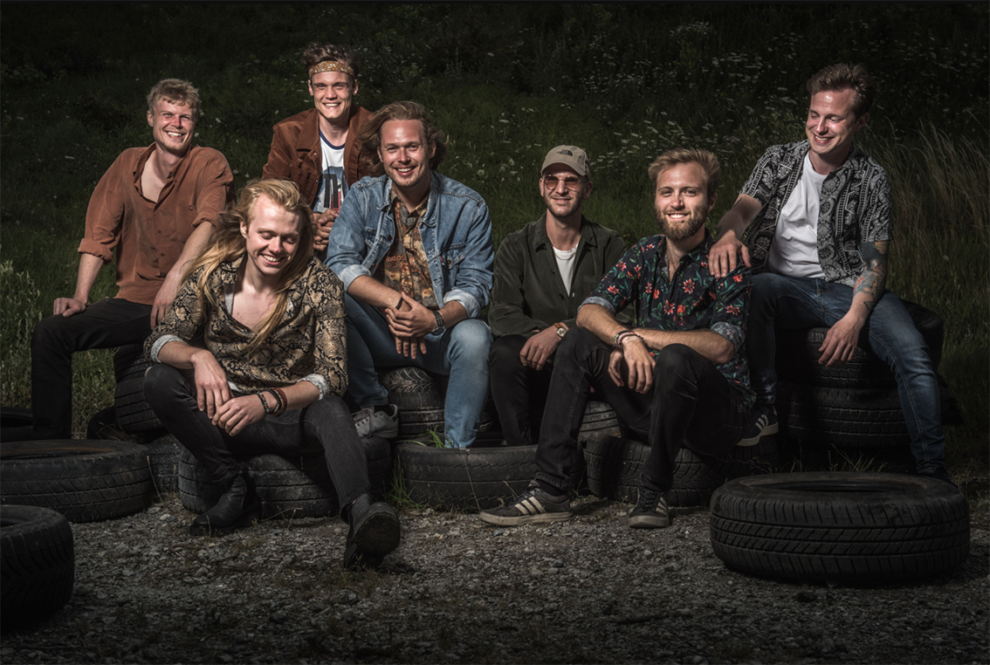 Dutch rock masters Boys From Heaven premieres the live music video for the “Old Days”, taken from the upcoming new record “The Great Discovery”, which will be released via Mighty Music Records on October 23rd.

“Old Days” is a catchy, melodic, rhythmical pop/ rock with the elements of blues song – presenting the vibes of the 80’s in their own style and they sure did just a fantastic one with the ones, their fans will enjoy it for sure  – also the new listeners will enjoy it as well, the riffs, the melodies, divine sounds of saxophone and of course the outstanding and coordinated vocals  by Chris Catton, which made the song just a chilling rhythmical perfection of sound, where you can enjoy it by the river – siting and enjoying coffee, while listening to it.

Complexity of this band is without a doubt the trade mark of the band, showing how much they are awesome as musicians and that they can make some great songs, that have some story to it, but as well the technical part that follows perfectly each of their songs – just in the right way.  This song is just complex one – having this many elements and sounds that are arranged amazingly with each other, creating this unique atmosphere that this song has. The elements, sounds, melodies and the whole composition with it, are balanced in such smooth way with the perfect production that of course brought out the best of the song – presenting this outstanding outgoing peace of art in the musical form, that is worthy of listening.

With influences this song reminds of the something between Kings of Leon and Bryan Adams, this is also another positive of this song they implanted this influences in such a good way with the whole song and their own style of playing music, this is one more think that proves this bands has a tons of quality to it, this is why they are worthy of attention and listening, this song proves that too.

Lyrically it’s the nostalgic love song, that talks about good old times with someone, loving memories of some crush, the girl you loved so much, wondering where she could may be. The band successfully adapted this story to the sounds and the rhythm of the song, creating a clear vision of the story in sound, which makes the experience more interesting and existing for the listeners – of course the band did the great job with the lyrics as well.

Enjoy the sweet sounds of rock, remembering those old days.

The spirit of the great eighties, captured in the modern studio. That is the essence of Danish rock group Boys From Heaven. The band, captivated by the sound of the late seventies and early eighties – with stadium rockers like Toto and Journey – write, record and perform epic and grandiose rock music featuring the likes of lush vocal harmonies, wide piano, and synth hooks, fiery guitar solos and an oh-so-smooth alto saxophone. But the boys’ inspiration is not just confined to the era of reverb and Ray-Bans. Traces of the classic rock sound, pioneered by bands like The Who, are also present in the septet’s signature song DNA.

All this is encompassed in the band’s debut album, “The Great Discovery”. The band has decided to produce the album themselves, with lead Vocalist Chris Catton spearheading the process as mixing engineer, and the results speak for themselves: a sound with the audacity of a record written in the 1980s, and the punch of an album produced in 2020. And the top of the cake: amazing artwork by Mario E. Lopez (Gloomy Grim, Evil Invaders. Toxik).

Boys From Heaven is the best of both worlds: whimsical and witty, yet technically skilled. Rock’n’roll, yet soft and soulful. All this coming from a band only in their 20s.

The release of the EP “No Way! But Anyway” put Boys From Heaven on the map in 2017, and in the two years that have followed since the band has gone on to perform at several well-established venues and festivals, such as Musikhuset Posten in Odense and Kløften Festival in Haderslev, as well as the one day festival Skodborg Parkrock, with over 3.000 festival-goers. There, the band performed alongside several famous artists, among others Danish rock giants Gnags. The boys also made it to the final of the Task Rock Band Battle 2018, held at the esteemed DR Concert House in Copenhagen, and gathered massive plays in national Danish radio along the way. Come 2020 and, after a dominating performance at festival Nordic Noise 2020 – Streaming For Vengeance, the Boys From Heaven secured a record deal with Target Records, for the release of their debut album.

“The Great Discovery” will be released in digital, CD, and vinyl formats by Target Records (Mike Tramp, The Savage Rose).

Check out the official premiere of the live music video of the “Old Days”, here:

Seth will release a new record in 2021, released the teaser for it!
W:O:A buys forest in Wacken, additional commitment to protect biospheres!