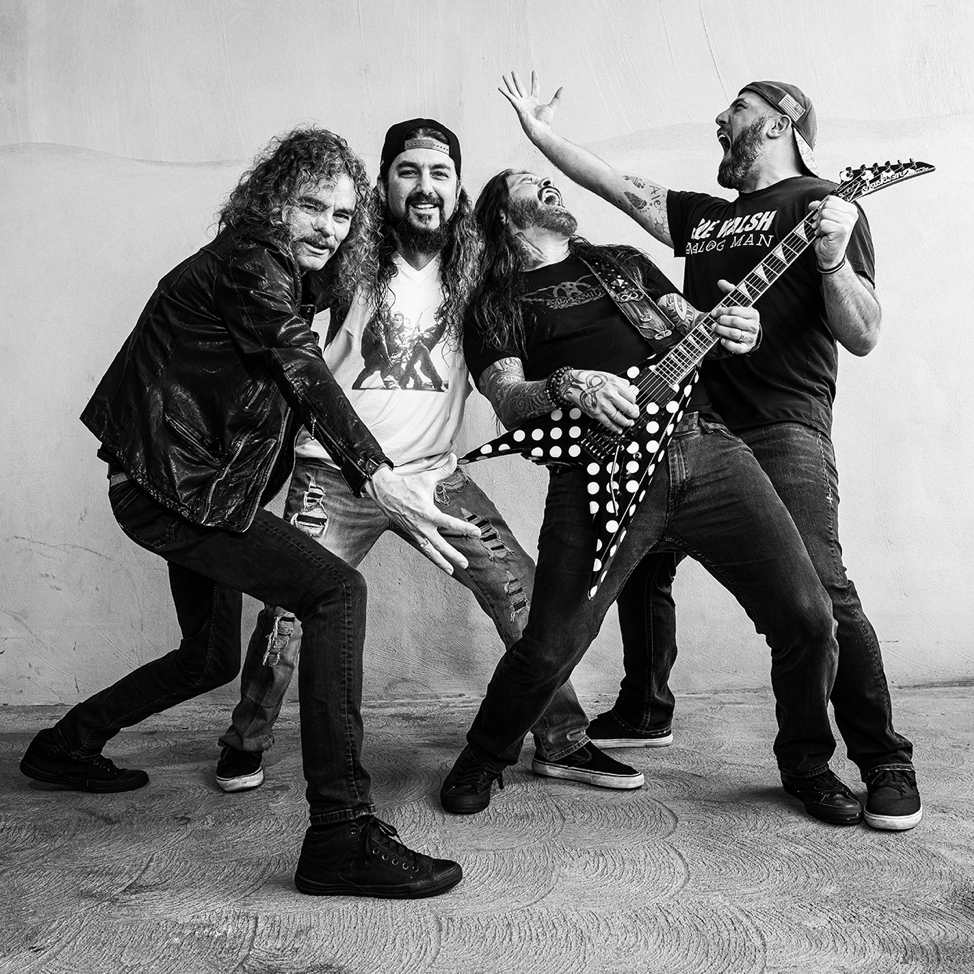 They’ve been teasing their formation and the arrival of new music for months, and now the wait is nearly over! BPMD – the new heavy metal juggernaut featuring icons Bobby Blitz (Overkill) on vocals, drummer Mike Portnoy (The Winery Dogs, Sons of Apollo), bassist Mark Menghi (Metal Allegiance) and guitarist Phil Demmel (Vio-lence, ex-Machine Head) – is pleased to announce that they have signed a worldwide contract with Napalm Records, joining the label’s growing roster of premier talent.

The members of BPMD first came together in the summer of 2019 with one goal in mind: to pay homage to some of their favorite classic rock tunes, give them their own heavy twist, and to have a blast doing it. We all could use a bit of fun, and that’s what BPMD is here to provide – a party on wax performed by some of the greatest musical talents in the world!

BPMD will officially announce the release of this music – arriving in the form of their first full-length album – very soon. Stay tuned for more details and music, coming soon!

BPMD bassist Mark Menghi states this about the new super-group:

“We’re super excited about our first BPMD record. Last summer, I was inspired and came up with this crazy idea and here we are, not even a year later, and it’ll see the light of day in these very trying times. The planet needs something to feel good about, and I 100% whole-heartedly believe these tunes will do the trick. Buckle up and make way for BPMD…”

“The BPMD sessions were very fun. They took us all back to our roots and even pre-roots. As it developed, we all realized it was something special, as did Napalm Records, with one listen!”

BPMD will make their performance debut at Bulldozer Bash 5 in Old Bridge, NJ on Saturday, May 30! The event, which will take place at Old Bridge Elks Lodge, is a benefit show to raise funds for the Old Bridge Militia Foundation, a 100% non-profit 501 C3 charity foundation. Show details will be announced soon, but for now, visit https://oldbridgemilitia.org.

Keep your eyes (and ears) at the ready – new music from BPMD is just around the corner.

Powerwolf announces “Blood Of The Saints” re-issue on vinyl!
Tygers of Pan Tang premieres the lyric video for the “The Art Of Noise”, heavy metal noise that destroys the mind and soul!