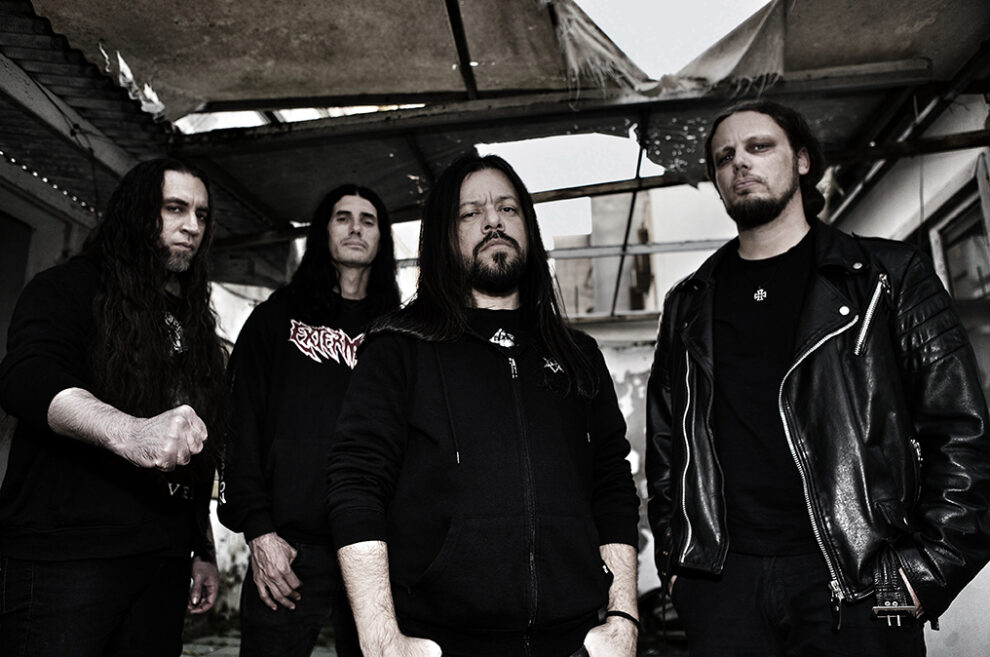 Brazilian Brutal death metal crushers Burn the Mankind premieres the live official music video for the “The Red Rise”, that is taken from the upcoming new EP “Chaos Metter” on July 31st, which will be released, via Mighty Music Records/ Emanzipation Productions.

When the brutality is just not a word, but the expression through brutal sounds of death metal. This is the case with this song, that starts with some brutal old school death metal riffs, accompanied by the crazy old school growl vocals, with the insane drum set, very recognizable for the death metal genre, making the song the true orthodox death metal song with the blasting power of death in it. The sounds and riffs of this song, will be for the fans of the band and the genre, the death metal orgasm, coming to devour them.

The live music video was shot at the Metal Sul Festival in Brazil on November 19th in 2019 – presenting awesome images of the fans enjoying the show and the great sound of the band – as well as the production done perfectly by video editor – as well also the excellent job of the cameraman who catches the expressions and angles in the right moment in the right time. Overall, death metal brutality never sounded so fresh and raw by this band and few others on the extreme metal scene, all of this with the visual effected and angles, shows that this video will be interesting for the viewers as well in that brutal death metal style.

Brutality never fades away, embrace death through the sounds of the death metal chaos.

Five years after the debut album “To Beyond”, one of the most brutal and relevant bands of Brazilian extreme metal scene is back with a new EP, entitled “Chaos Matter”. Recently signed to EMZ Productions the band born of the Nephasth ashes in 2009, go all out attack with a conceptual release. “The Red Rise” is one of the four tracks of the EP, and is now being released in an official video.

All the songs describe each of the four phases of ”Human Alchemy”, which involves admitting one’s bad side, developing self-awareness, acknowledging the world around oneself and reaching the ascension to achieve synthony with the world in which one lives, thus getting equilibrium. The phases refer to chemical elements and their colors, being: black (lead), white (silver), yellow (sulfur) and red (mercury).

Each track describes a person facing one of these phases. In two of them Burn The Mankind invited friends from other bands to do vocals. One represents the black phase tutor, the other is the depiction of the outside world that needs to be discovered.

Check out the official premiere for the live music video of the “The Red Rise”, here: