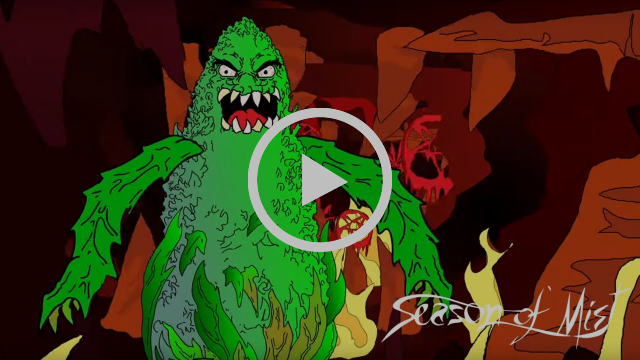 Check out the official premiere of the music video/song at Dreadcentral Website HERE.

Phil Hall states this about the new song:
“My brother Hallhammer and I are excited to premiere the animated video for ‘Cylinders of Madness!’ This video is Hallhammer’s very first foray into animation and marks the starting point for a lot of amazing content in the future. This medium opens up a whole new world of possibilities for insane content for Cannabis Corpse! Stay tuned!” 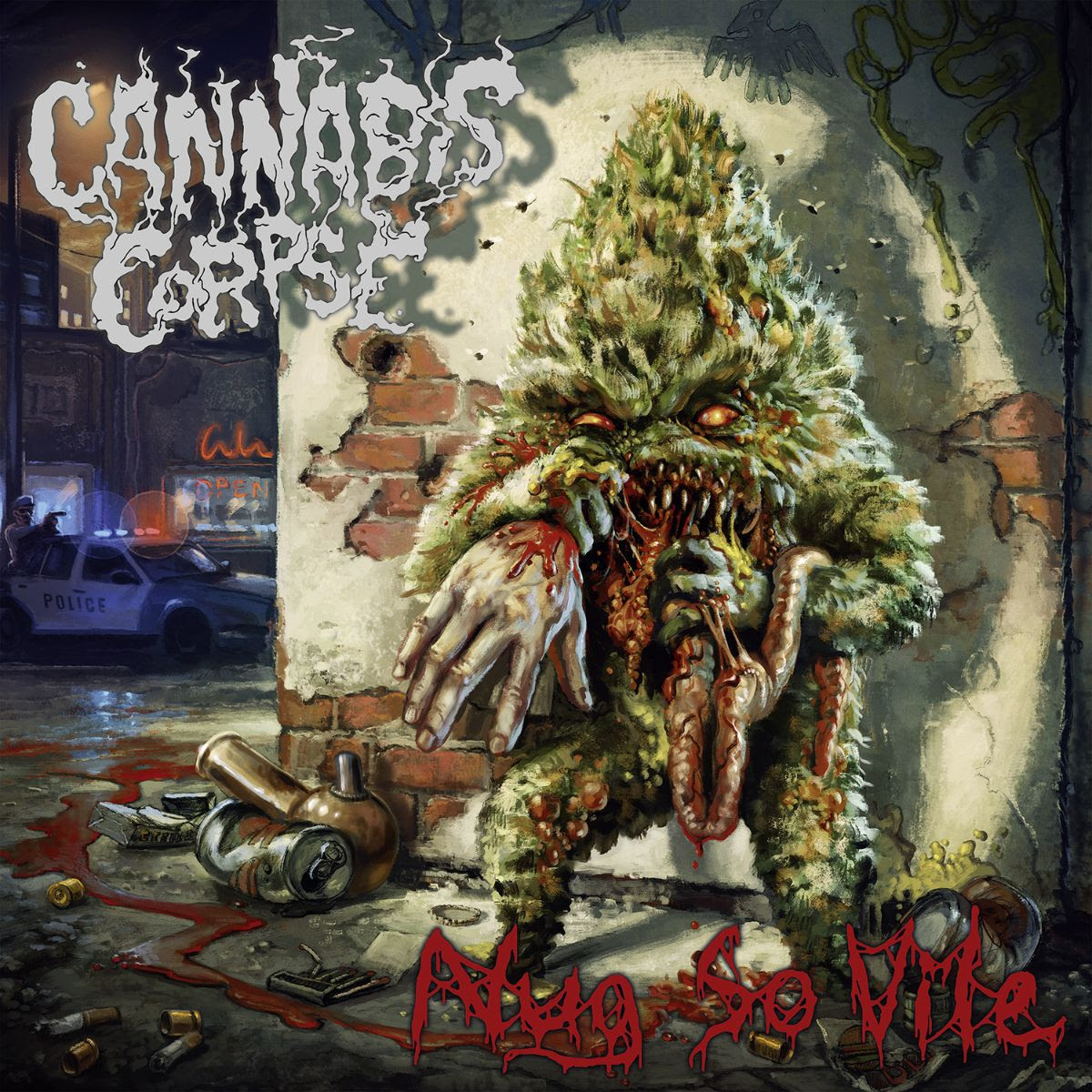 Track-list:
1. Conquerors of Chronageddon (03:15)
2. Nug So Vile (03:08)
3. Blunt Force Domain (03:43)
4. Cylinders of Madness (02:42)
5. Blasphemy Made Hash (03:40)
6. Cheeba Jigsore Quandary (03:23)
7. Edibles Autopsy (03:14)
8. Dawn of Weed Possession (03:27)
9. The Cone is Red (Long Live the Cone) (02:21)
10. The Ultimate Indicantation (03:57)
Bonus track:
11. From Enslavement to Hydrobliteration (02:53)
Cannabis Corpse ’s latest strain of weed-metal is another potent dose of bong ripping brutality laced with tasty riffs, vicious drumming, and powerful THC. With a title inspired by Crytopsy’s seminal album, ”Nug So Vile” is a horrifying look into the mind of a hardcore marijuana abuser with the demented fantasies of a reefer addict fully on display. The record is more than just a mere follow up to 2017’s ‘Left Hand Pass’, but rather serves as a solid companion piece, seamlessly picking up right where the band left off.
Sharing a passion for marijuana and death metal, brothers Phil ‘Landphil’ Hall (Municipal Waste, Iron Reagan) and Josh ‘Hallhammer’ Hall formed Cannabis Corpse in 2006 in Richmond, VA as a loving homage to the genre’s forefathers. The brothers decided from the start to separate themselves from the pack by infusing a green sense of humor into their horror-inspired lyrics. Meanwhile, it has become a badge of honor for many of the Halls’ idols to have one of their titles parodied by the Richmond outfit.
Now, Cannabis Corpse has returned as a three-piece and despite slimming the line-up down since ”Left Hand Pass”, ”Nug So Vile” still sounds as full and thick as ever, solidifying their place among death metal’s elite. So, roll a blunt, grab a neck-brace, and prepare yourself for another nasty assault from the kings of weed metal. 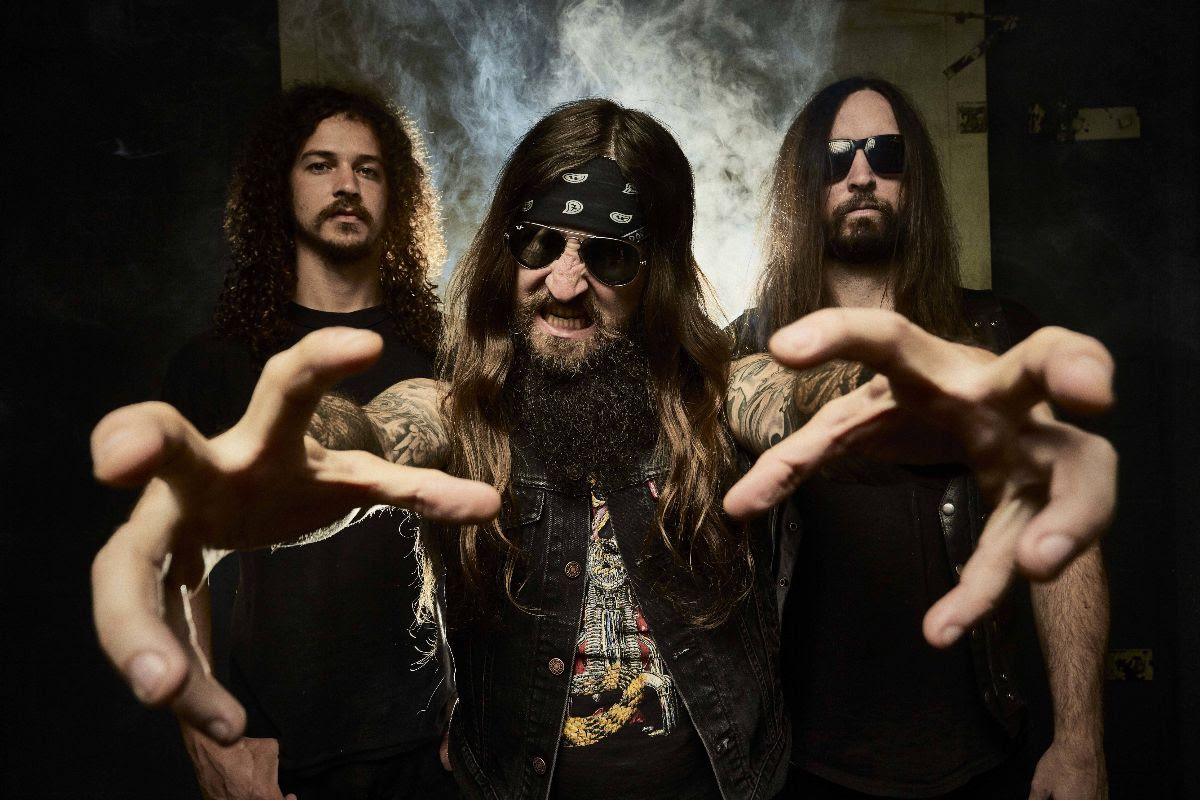 Mgła show has been moved to a bigger hall, after the great interest of the audience, and sold-out concert!
Urn releases music video for the second song “Hunted” from their upcoming new release!