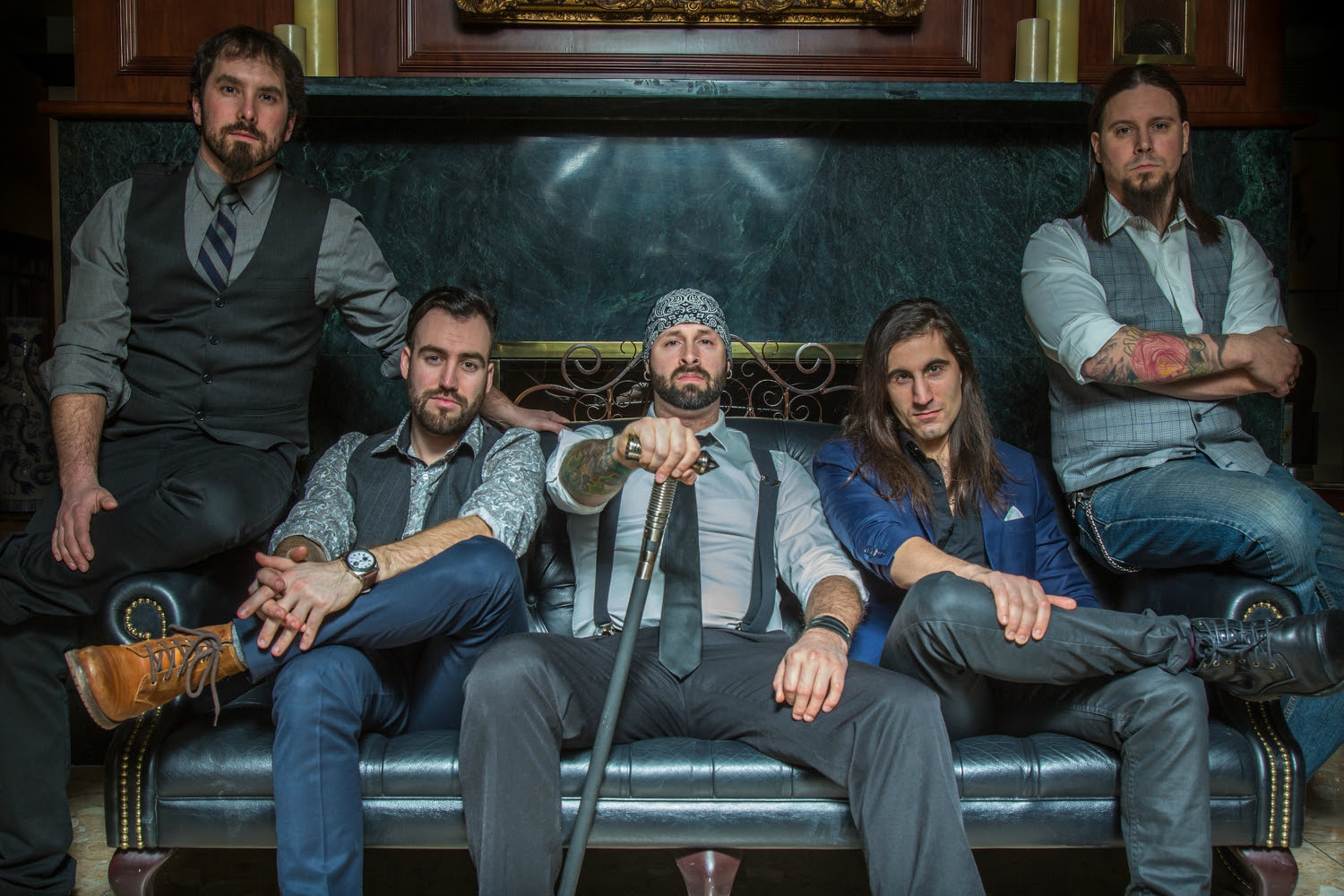 After a small hiatus and line up change, Ottawa, ON’s CHARIOTS OF THE GODS return in 2016 full force with an upcoming album ‘Ages Unsung’ set for release on September 16th to follow their 2013 debut album ‘Tides of War’ that was produced by music legend Glen Robinson (Queensryche, Gwar, Annihilator). Creating a kickstarter / pre-order campaign (thank you video), COTG surpassed their goal of $3,000 and recorded the album at The Grid with legendary Montreal producer Chris Donaldson (Cryptopsy, The Agonist, Beyond Creation, Neuraxis). Teaming up withNew Noise Magazine, COTG are premiering the lyric video for the album title track at the following link: http://newnoisemagazine.com/lyric-video-chariots-gods-ages-unsung/#
lbum Pre-order available at https://chariotsofthegods.bandcamp.com/album/ages-unsung
COTG are also streaming the first single ‘Into Oblivion’, which features a guitar solo from Pascal Jobin of The Agonist and can be heard at the following link:
https://youtu.be/0tjbhCkxPVY

Blitzing out of Canada’s capital with their punishing hard-rock rooted in heavy metal, Chariots of the Gods has-been on one sole assignment since 2007: shredding endlessly in a neighborhood near you.

The five-piece band gave birth to their first EP “Reverence” in 2010. Their first full length album, “Tides of War”, was produced by music legend Glen Robinson (Queensryche, Gwar, Annihilator) in 2013.

In 2014, the band went on their first international tour in Cuba and were the first Canadian metal band to do so. Chariots of the Gods are now set to storm the world with the musical assault that is their latest masterpiece: “Ages Unsung”.

EMPEROR is going to return on the Stage In 2017 ,and also they will perform at “Brutal Assault” metal festival
The Swedish Death Metal band, THE DUSKFALL, releases A Full Documentary of the Japanese Experience 2016