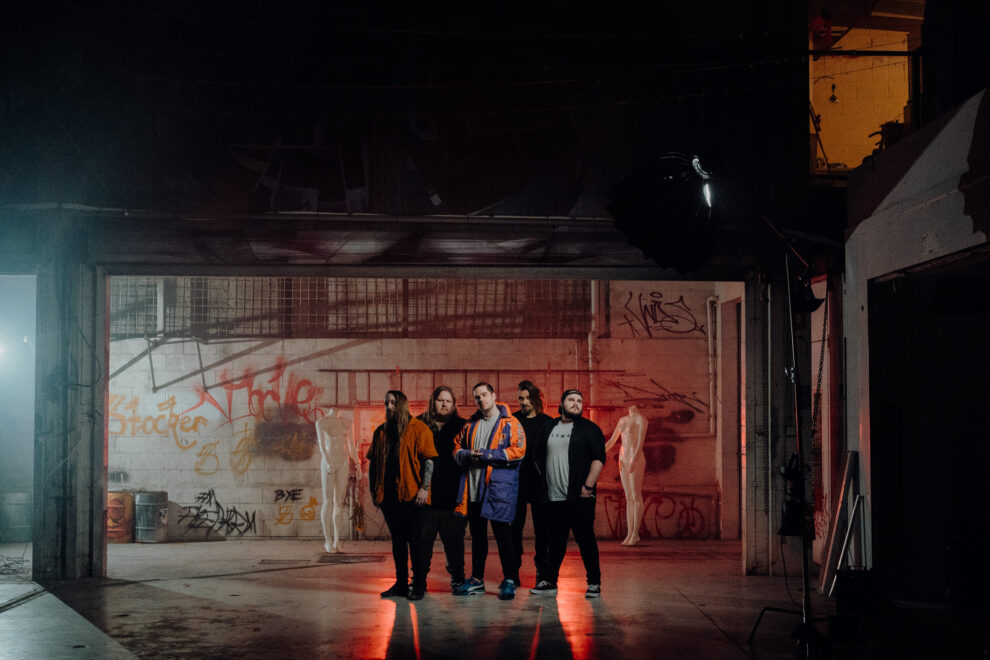 This is a very unusual, but original slammer – with such blasting dynamics, that has such incredible arrangement parts, that are quite unique – creating this ultimate nu metal/metalcore moment. This  is something priceless, showing some amazing technical approach, that is diverse and just special. And followed by outstanding story, that totally follows the songs aural mood.  The shifts in this song – for passages are done perfectly, even with such diversity in the song. Every part follows the previous one, every passage slides into one another and not only sliding – but completely goes with the other one, too. This creates this ultimate moment of arranged perfection – that connects this diversity of sounds, melodies, riff patterns into one whole higher music experience. 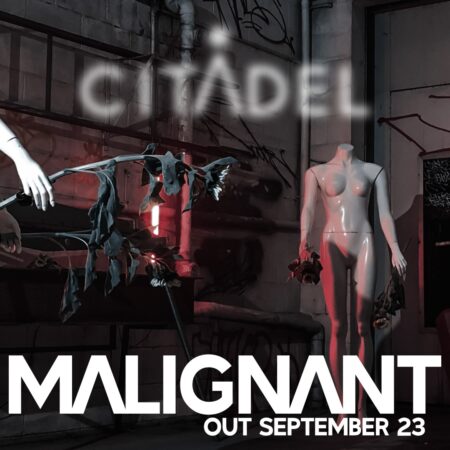 Every details is precisely planned for each part – too follow up this balance and coordination, that technical side offers.  There are many parts that shows bands strength through great and clever arrangements, but also unique ones. Like at the beginning this electro intro, that turn afterwards into some riff slamming. Through this slower one – with clean vocals, followed by some serious generic riff breakdown and then the most interesting and special moment at the end, – with acoustic guitar. It shows their strength and high creativity, to not be just an ordinary metalcore sounds – but to be diverse and interesting – followed by insane synchronization and pre-production that helped a lot in a good way.

The highlights of the song are this intense switch from electro intro to some crushing ultra intense part – with growls. It gave the song some power and mightiness. The second one that made this song just great as it is, was this acoustic part at the end – as some truly unique and special moment. That not only gave this song some quality, but to the awesome story of it.

Vocals by Russell Miller are skillful and perfect. His has great vocal approach to his growls and to his clean ones. And it is rare for some particular vocalist, to sound so good both in growls and clean singing. His vocal approach reminds of Howard Jones – former vocalist of Killswitch Engage, sounds very similar – which is a one more plus for the band. He also has incredible coordination and control of his vocal chords, it can be heard that there was a lot of practice to it.  Adding more quality to his performance in the song and song itself.

It is quite good that this guys sound similar to Killswitch Engage, it shows that they know how to create good and dynamic music – with high quality approach. And that is the point, to have some influence or more to create it.

Then there is a story. It is a tough one – about mental illness. Many people because of some life events and other ways of poor treatment – became mentally unstable. This song talks about about the difficulties of this topic and how to embrace, also portaging the emotions and it’s state from within – the whole personal experience through hell in lyrics . It is hard, it takes devotion, time, bravery and to believe in yourself – when nobody is there. To overcome everything that makes you week and to accept how you are, also the whole situation. And this song also talks about self journey, even if you do not have mental problems, you have some other problems – we all have struggles, but struggles can be defeated, for you to be a functional being and happy one – too.

The main point of the song is that even if you are mentally ill or not, you need to overcome these things and be better for yourself – since nothing bad lasts forever, it will get better by time – only if you truly want it to be. Maybe it gets better or not, it’s up to you or to have someone by your side to get to the point of getting better. Russell for sure did nailed it – with lyrics and expressing himself too. He complete showed the true emotions and intimacy of being ill and in a bad mood, that reflected the atmosphere in the video in the most perfect way, possible. And it is quite brave of him, to stand out and to talk about this topic – since many people are being judged for not being well and ill – that trend also needs to stop. This is the way to make it happen, to promote it more and more. This can make people understand the importance of helping this kind of people. Overall, everything mention was presented by the band in glorious way. It takes guts to do this kind of thing and surely it resulted in something powerful and mighty, that this songs only offers.

It is a crusher – with powerful message, that has indestructible metalcore spirit. Pumped with such energy and slamming essence – it is something worth hearing, embracing and enjoying through vortex of metalcore quality.

Follow your inner self  and take care of yourself, through metalcore uniqueness.

Written and recorded with the esteemed producer Gareth Hargreaves (Polaris, Young Lions, The Brave), the quartet blends djent, metalcore and hard rock influences with an affinity for high quality production. ”Malignant” showcases the heavier side of Citadel with its crushing drop tuned guitars and bludgeoning breakdowns by incorporating influences such as Spiritbox and Sleep Token.  The release of ‘Malignant’ will be accompanied by the announcement of Citadel’s debut record ”Decompose”, due for release on November 4th. Coming straight off a sold out show with Voyager, the group has previously performed alongside Redhook, The Dead Love, Mass Sky Raid, The Stranger and have been featured on Triple J, Maniacs, Wall of Sound, The AU Review, Music Feeds, AAA Backstage and more.

“Malignant was a tough song for us to write. We kind of allowed the song to take us where it wanted to go, and in turn we weren’t always comfortable. We rewrote the chorus multiple times, I had 4 stages of “finished” lyrics, and we still debated some things in the studio with Gareth.

The lyrics are about dealing with mental health, which is a pretty common subject in alternative music. My angle on this was both coming to terms with the difficulties, as well as struggling to accept them. Allowing myself to experience what I am going through, but also helplessly resisting. The dynamic of the instrumentals that Nat originally mapped out really helped me express my own internal roller coaster, ranging from wallowing in self pity, to pointing fingers at my family, and landing on the belief that some of the worst thoughts I might have could be true.

The final product is something we all enjoy. Heaps of groove, aggression, chill vibes and a crowd-belter chorus. We’re really looking forward to hearing everyone’s feedback.”

Check out the premiere for music video of “Malignant”, below:

postcards from new zealand released visualizer for “tiresias”!
Rick Massie will release upcoming record for ”Guided to an Imperfect Light” on September 30th!