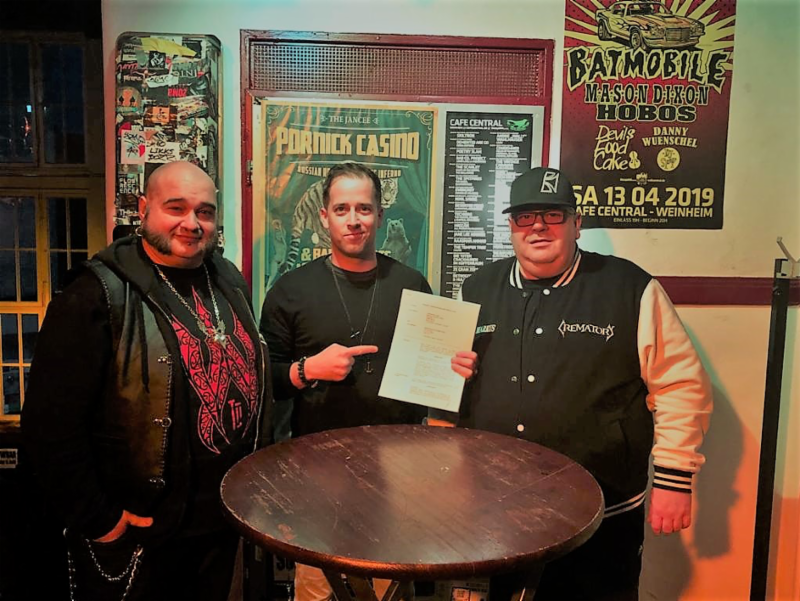 One of the pioneering acts of the fertile European goth metal scene in the 1990’s, Crematory began as a strict death metal unit in 1991 before adding goth and industrial elements into their arsenal. In their 28 year long career, the band, centered around original members Markus Jüllich and Felix Stass, released 14 studio albums, three live albums, various compilations and splits, played hundreds of shows around the globe and they are still hungry for more.
Napalm Records is proud to announce the partnership with Crematory, one of the most influential bands of the last several decades and to work on their next studio album, which will be out in spring 2020.
Crematory also partnered up with Napalm Events Booking as their new worldwide booking agency, which will organize a massive tour in spring 2020, next to the release of the new studio album!
The band states this about the sign-up with the label:
”We are looking forward to the cooperation with Napalm Records and Napalm Events Booking and we are happy to announce the release of our new studio album and tour in spring/summer 2020.”
Markus states this about the sing-up with the label:
“After 28 years of Crematory it`s great to be a part of Napalm Records and Napalm Events Booking, with their worldwide connections, distribution and their great promotion department. They are one of the leading metal labels in the world.”
Discography:
1993: Transmigration
1994: …Just Dreaming
1995: Illusions
1996: Crematory
1997: Awake
1999: Act Seven
2000: Believe
2004: Revolution
2006: Klagebilder
2008: Pray
2010: Infinity
2014: Antiserum 2016: Monument
2018: Oblivion
2020: TBA
Tour Dates:
28.06.2019 DE – Erfurt-Bindersleben / Club from Hell
27.07.2019 PT – Rua Comendador Costa e Sá / Vila Nova de Famalicão
03.08.2019 DE – Wacken Open Air
17.08.2019 CZ – Moravský Krumlov / Rock Heart Festival 2019
30.08.2019 DE – Mannheim / Black Castle Festival 2019
Links:
Website:http://www.crematory.de
Facebook:https://www.facebook.com/CREMATORY/
Instagram:https://www.instagram.com/crematory_official_page/
Tagscrematory gothic metal label metal metal music music napalm records new new label new sign-up sign up sing-up with label tour 2020