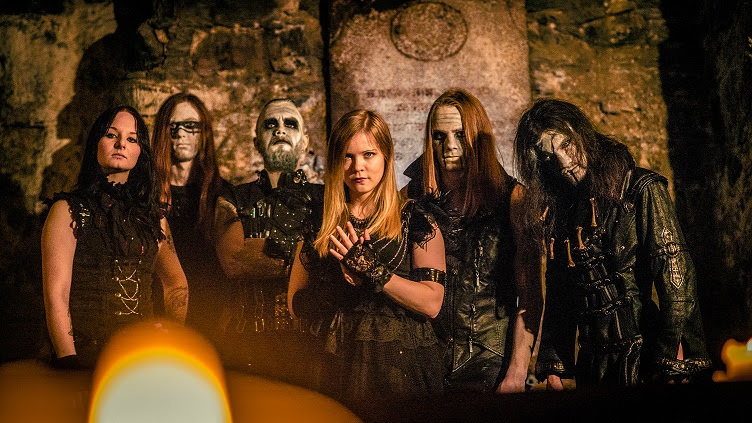 Norwegian Symphonic Extreme Metal combo Cretura unleashed a video announcement for the upcoming japanese release of “Fall Of the Seventh Golden Star”.
The debut album will be available for the japanese market on June the 29th via Wormholedeath Japan.

The video announcement can be streamed here :
(in japanese with english subtitles) 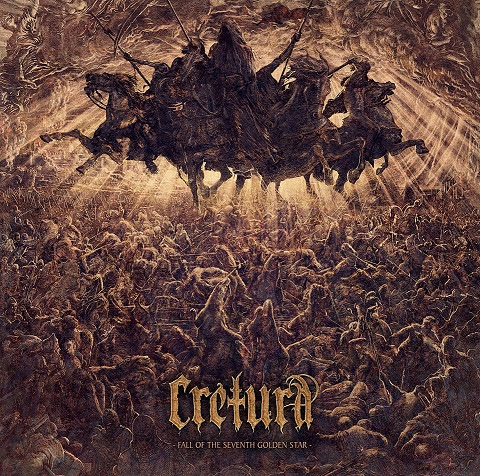 “Fall Of the Seventh Golden Star”

Inspired by bands like Dimmu Borgir, Cradle of Filth, Nightwish and Mayhem, Cretura was formed in the spring of 2010 by the two guitarist Markus O. Pettersen and Marius Toen while playing in another band called Faceplant. Taking on the name of Cretura which is derived from latin, meaning «To Become» Or «To Grow» which was exactly the vision at that point. Resident in Bergen (Norway) the band went on to play local gigs in youth clubs, local venues and small festivals around the city while rehearsing and making songs for a EP consisting of songs from both of the bands Markus and Marius played in at the time. The EP «Monsters of Wonderland» was recorded at Solen Studios with producer Hans Petter Solen in Bergen during the spring of 2011. After it’s unpublished release the band went through creative differences and interests, and so Marius temporarly quit the band.

In 2013 Markus, Jørgen Johnsen Beijer (Bass) and Michael Sveri (Drums) went on taking things from where Cretura seemingly stopped. Getting Sárá M. Guttorm as a lead vocalist and hiring a session keyboardplayer and a seccond guitar player the band started to write songs for an upcoming selfproduced mini album. Recorded in various places in Bergen, produced, mixed and mastered by Markus, the album «When The Dead Goes To Dance» was released on november 1st of 2013. After some local concerts the band went on their first 5 dates inland tour. Also during this period Kine-Lise Madsen became a member with only a few weeks notice before going on tour. Taking on the role of keyboards and backing vocal she was given a set list of 9 songs to learn before heading of. The «Art of Horror Tour» which took the band to different cities and new venues during 2014 marked the seccond milestone along with the selfproduced mini-album for the band as it gave them a small glimpse of what life on the road was like. This lighted the motivation and inspiration in the band to start working on new material having a bigger vision than ever before.
However, the actual composition of the album was put on hold as the band got more gig requests from different venues and promoters. In 2014 Cretura went on to headline the «Thriller Night» festival, Supported Sandmarx during their album release, and opened up «Usig Festivalen» in Bergen. Things got even bigger when Cretura was asked to do a tour in Germany as support for the american Death Metal band Six Feet Under. Now this really did put Cretura to the test allready from the get-go as their up to that point session guitar player quit and left the band one man short.
Markus quicly asked former member Marius to help out and he became a member again.
At this point Cretura had a complete line up and went on to tour around in Germany, marking the 3rd milestone to the symphonic extreme metal band.
After returning to Norway the band took a short christmas vacation before taking up the new project again. Songs quicly got in progress and also the image were refined to a darker and more provocative vision. Spending a lot of time in the rehearsal room and not on stage, they were surprised when getting a notion of being nominated to compete in the world renowned Wacken Metal Battle 2015. Getting through the preliminary rounds and the Bergen Finals they made their way to the country final of Norway in the capital of Oslo. Alas this was also where the competition for their part ended. Heading back home to resume work on the new material a new milestone was laid before them as they were offered a record deal with the Italian Record Label «Worm Hole Death Records». After some negotiation Cretura signed with Worm Hole Death and soon went to Langhirano in Italy to record their first ever full length album «Fall of The Seventh Golden Star» with producer Wahoomi Corvi at Realsound Studios in Mattaleto.
Cretura is new music, it’s old music, it’s futuristic music, it’s dead alive.