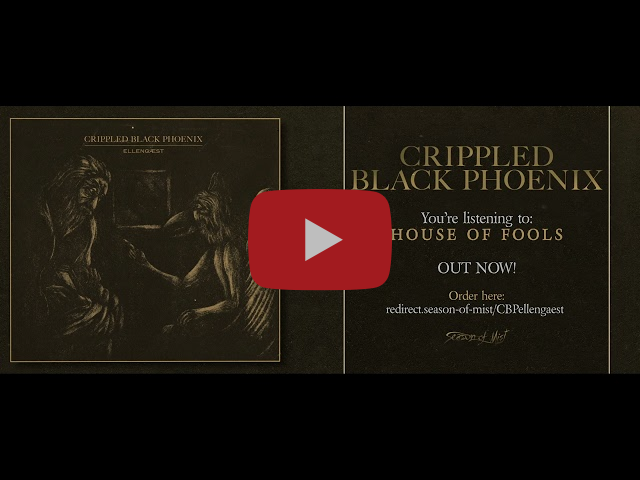 Crippled Black Phoenix are now streaming their entire new album ”Ellengæst” ahead of its release date. ”Ellengæst” will be released this Friday on October 9th. The album is now available in the Season of Mist shop HERE. 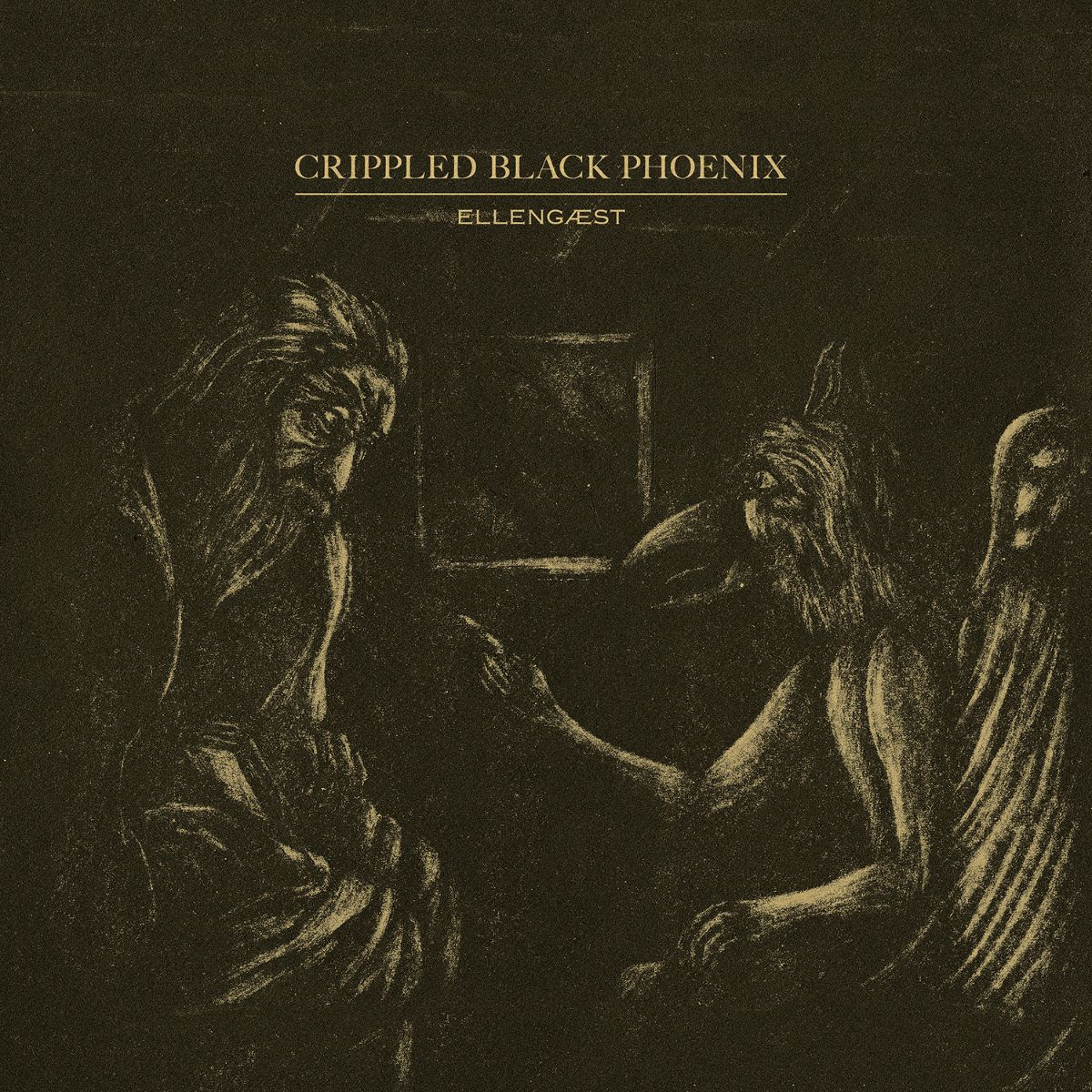 ”One thing we’ll never do is stick to the rules and stay within the box.”

Such are the words from Crippled Black Phoenix founder, songwriter and guitarist Justin Greaves, who has guided this progressive, thought-provoking, shape-shifting musical collective since their 2004 formation. Their new effort, ”Ellengæst”, follows a recent pattern of the band in releasing a mini-album in between studio LPs. It is the direct result of their ceaseless creativity — when Greaves has songs, Crippled Black Phoenix records them. ”Ellengæst” has the difficult task of following 2018’s profound and moving Great Escape. ”Ellengæst”, though, does not make any attempts in pairing with or succeeding Great Escape. Circumstances largely prevented it anyway.

Greaves states this about their work:

“It all came together really easy, to be honest,” says Greaves. “Because we’re working with people that you’ve got a connection where you see things the same way or you wouldn’t get along as friends. When it comes from an artistic standpoint, we’re already on the same page. It all just weirdly worked out. It’s not like I had to go out and think, ‘Okay, who do I know that could sing on this song that sounds like this?’ It was just like, ‘I’ve got a bunch of songs that we’ve always talked about doing something with. Which song would this singer suit?’”

Ellengæst, which in Olde English – with some scandinavian connection –  translates as “strong spirit” and another reference as “mischievous demon”,represents Crippled Black Phoenix’s duality. “It comes from the same place, but with different connotations,” says Greaves. “That’s this band in a nutshell. We’ve had to stay strong because of all the BS we’ve encountered, yet we’re still going and subversive. It’s like we’re giving kids candy with razor blades in them.”

Tackling themes of the human condition and the perpetual internal struggles people face, Ellengæst begins with Cavanagh pairing with Kordic on “House of Fools” and “Lost,” the two switching lead vocal responsibilities for each song. Gaahl’s appearance on “In the Night” was born from his long-standing relationship with Greaves, the two men grew close after countless late tour nights in hotel rooms chatting the evening away. Gaahl, whose vocal exploits are often limited to black metal circles, was given “In the Night” because Greaves thought he could do something unique with the track.

“He doesn’t do these sorts of things; he doesn’t collaborate very often, if at all,” he says. “Kristian confessed to me that this is the first time he’s done something like this. When he sent me the files, he then called me up and asked if it was okay. He explained, ‘I did it in a spoken word because the song is stoic and melancholy.’ He hit the nail right on the head. Then you have Belinda doing her angelic vocals over it. You have the light and the dark represented.”

Patterson and Stapleton blend seamlessly on the momentous “Cry of Love,” while Kordic casts yet another heart-rendering vocal spell across “Everything I Say.” Yet another surprise comes in the form of Hultén’s trance-inducing, but soaring performance on “The Invisible Past.” A cover of Bauhaus’s “She’s in Parties” sung by Kordic rounds out the set.

Crippled Black Phoenix are no strangers to adversity, making the events surrounding the creation of Ellengæst yet another roadblock for a band whose very existence has been threatened on more than a few occasions. Their unique setup and stubborn refusal to bow to musical norms may confuse the casual music consumer. However, the core of Crippled Black Phoenix — Greaves, Kordic, Taylor and Stanley — thrives on the unconventional, remaining steadfastly singular and undefinable. Accordingly, Greaves believes this incarnation of Crippled Black Phoenix is the strongest to date. All it took was another dramatic sea-change to prove it.

“This was the best thing that could have happened to us,” he says. “Before, there was this horrible cloud of drama following us. There was always something going on. Once that had gone and the people who were on the outside of the band who were a part of that, once they had gone and the drama had gone, me and Helen found ourselves tracking in the studio in the first session. We just got on with it; we didn’t think twice. In the second session, we just felt liberated. We just knew, ‘This is going to be great.’ We’re all so excited about the possibilities. It feels like we’re rejuvenated.”

Check out the premiere of the full stream of the upcoming new record that will ne released on Friday of ”Ellengæst”, here: