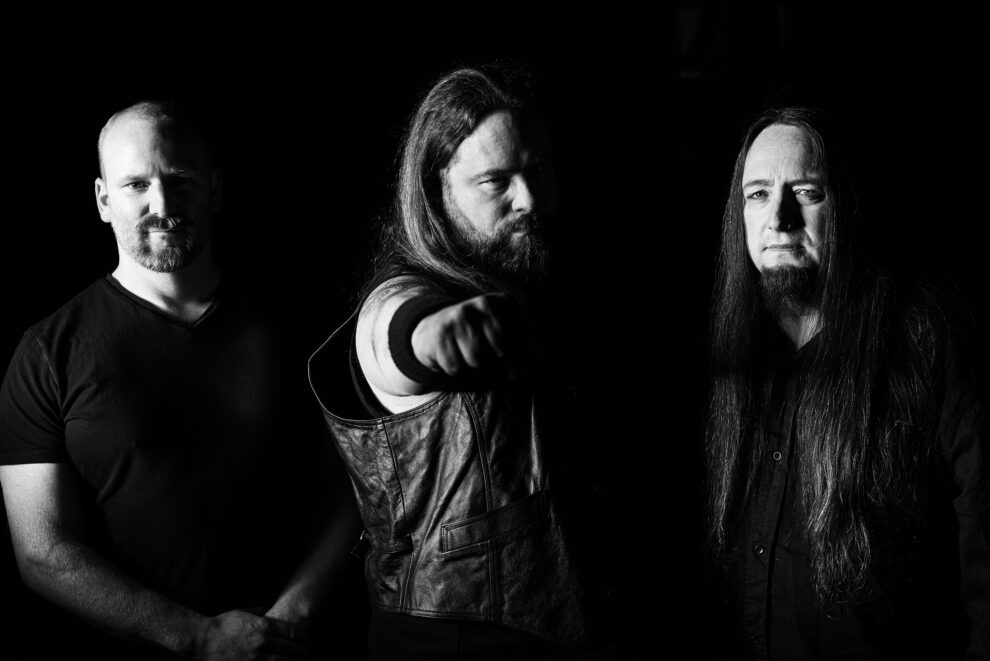 German epic heavy lords Crom premieres lyric video for “The Era of Darkness”, taken from the upcoming record, which will be released on January 13th, via From The Vaults Records.

This is very diverse song – that has influenced from symphonic metal, black metal, mix between those two, fused with heavy metal – with a touch of progressivity in it. Making it complex metal song – that has the high quality in it, from all of the genres. It has this unique balance and coordination between symphonic, melodies, riffs and other technical parts. Very well produced, but with even better arrangement, paying attention to details, this guys created some seriously good structure – that is improved by arrangement’s parts carefully and cleverly. Giving this song authenticity, quality, catchiness and power. The best arrangement part is between drums and various sounds, melodies and fast riff black metal pattern – its just aurally great. Basically, music art form that is enjoyable for listening and creative at the same time, this part presents this in every way, even if the whole song is like this – but this part and parts show it more clearly. The most interesting think is that has the Dark Fortress influences, both also influences from Bathory – mix between those two, that has this great connection in the song together, that Walter adapted to this song.

He’s vocals are great and growls, as well. Adding this strong effect to the song, making it more epic and mighty. The vocals go along with the whole diverse atmosphere. Arrangement’s for vocals were done as the rest of the song – with carful approach and plan, that resulted in creating a good musical experience for the song. Solo part is the most epic part of the song, it gave the song this epic uniqueness, as the final result of diversity that this song has, completely finalizing the song in glorious way. It can be heard the mighty power of this solos and a spirit of heavy metal as it is. Since this is a hybrid song that brings the best of all of the genres and influenced combined in it.

This is a mighty complex song, that has clear aural and artistic vision. it has this great essence to it, that makes it heavy and true metal song. Diverse metal – that has some serious musical mastery to – that portrays artistic vision of higher form. 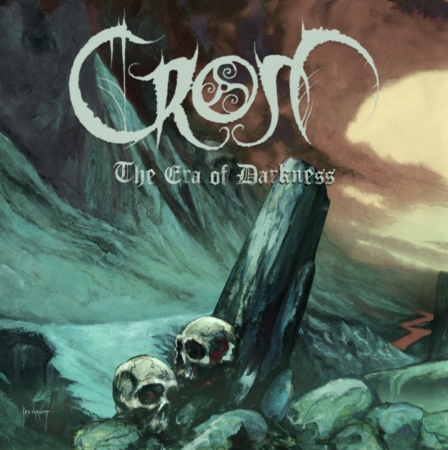 Witness the aural authenticity, followed by metal mightiness and mastery.

Their new studio record is announced. Whilst playing with German melodic black metallers Dark Fortress, Walter “Crom” Grosse began working on a solo-project that was worlds apart from the raw aggression normally associated with the genre in which he started. The more the work progressed, the more Grosse realized that he much preferred to forge his own musical path, a path where melody is the defining factor, and, following on from the positive response to his debut EP “The Fallen Beauty”, he decided to focus his attention solely on the band that had become Crom.

Grosse has never made any secret of his admiration and respect for Quorthon. Like many other musicians, he is influenced by the epic melodies of the legendary Bathory, but, unlike many, he has allowed the influence to subtly shade, rather than define, the musical content. Crom has an individuality that can only be described as, well… “CROM”!  Delicate acoustic guitars are counter-pointed by crushing metal riffs. A powerful vocal performance is accompanied by melodies that are in turn poignant or majestic. And With his use of choirs, epic arrangements, skillful transitions, and stirring melodies, Grosse is able to conjure up images of mighty warriors and lost loves; epic struggles and tragic personal losses, despair and ultimate salvation.

After three records (“Vengeance” in 2008, “Of Love And Death” in 2011 and “When Northmen Die” in 2017) Crom started a brand new chapter in its career, signing a new record deal with From The Vaults releasing the new EP “Into The Glory Land” in 2021. A spearhead craved deep in the future, foreshowing the battle that was yet to come… “The Era Of Darkness” will be released on digital, CD and LP (black vinyl, limited to 300 units).

Check out the premiere for lyric video of “The Era of Darkness”, below: