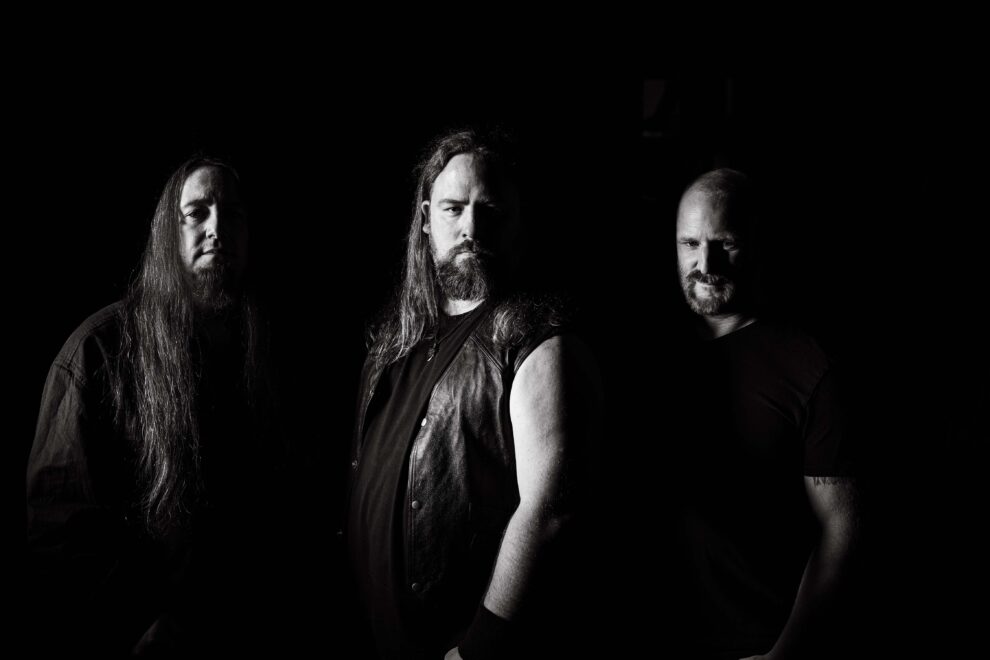 German epic heavy lords Crom premieres music video for cover song from Danish group that Rasmussen “Higher Ground” that performed it on Eurovision song contest in 2018, taken from the upcoming record “The Era of Darkness”, which will be released on January 13th, via From The Vaults Records.

This song is a mighty one of epic proportions. Not only it is phenomenal cover, but it has this insane quality and adaptation – that made it more dynamic and powerful than the original one. It has war drum catchiness, that is a perfect intro for the rest of viking war atmosphere through out the whole song – with a touch of melodic quality following it, making the intro just supreme. Regarding technical side of the song, it is just outstanding – how they created this balance and coordination in such great way, to make this epic quality of the whole song. To sound so good and detailed. And with the planned adaptation they created this amazing song and even more greater cover, than the original.  Arrangement’s are done in masterful way, every passage of the song – has this clever adaptation to show the songs true quality and they nail it – with the arrangement part too. For every part to sound so powerful and to present technical quality to the max of the song, as well as it’s spirit. it present’s viking spirit, as it is – full warrior and war atmosphere of it – like the original. It presents it better, since the raw sound of metal/rock added the mightiness and fiercens to the song, that one viking song needs, not like in the original to be a pop and softer version of viking warrior spirit.

Walter’s vocals are great – with high quality approach to it. He sounded almost the same as the original vocalist in Rasmussen, presenting his great skill and awesome vocal adaptation to the cover song, staying true to the original in vocal manner, not chancing anything about it. Walter perfectly presented the songs essence – with his majestic vocals, synchronizing his vocals to this version of the song, but staying true to the original. It for sure, make this song more great and unique.

Riffs and real war drums added to this song true viking vibe, added more quality that the original could have – if it was metal or rock song. Since the original is electro pop song – that is quite good as well, but this one presents the songs spirit in authentic way – with riffs and the influence of metal and rock. The best part and arrangement that shows the songs essence is melodic guitar shredding – with Walter’s vocals in explosive and rhythmical atmosphere. Not only showing the essence, but as well as the quality and total new perspective of the song – that original one doesn’t show at all, but this cover does.

The song is about viking wars, celebration of war. And of course going to Valhalla after the glorious death in war. Great story, followed by amazing cover – that showed all of the best sides of viking essence and spirit – with catchy and mighty sounds created by this guys.  And in this version it reminds of Bathory, so it is just pure viking rock/metal song. It is a glorious song, filled with powerful viking war essence and a true dose of viking rock/metal. Crushing hard in the name of war and salivation.

Embrace the fight, through the sounds of viking power.

There’s no denying… Music has become, even in its more extreme and heavier forms, a “market”. Sales figures are thrown, marketing plans are drawn, social media strategies are put into place. And the “success” outcome is measured by stream counts, quick likes without even listening to the whole album and views counting. Week after week, the machine is grinding more releases and bands, always moving forward, with listeners overwhelmed by the quantity of new music at their disposal.

Crom’s new record was not written and recorded for this “market”. Mastermind Walter “Crom” Grosse has played that game (and won in, for that matter) with Dark Fortress (he served there as bassist and guitarist between 1997 and 2001), but he retreated to his Bathory-inspired musical influences and stood his ground with his project Crom, which slowly turned into a three-man army. “The Era Of Darkness” is the new battlefield of the trio and, once again, it breathes and lives heavy metal in its most epic forms. From big chorus to gigantic, fist-pumping solos and breathtaking guitar leads, the new Crom record is a collection of varied but cohesive heavy/power metal anthems that will get your blood pumping once again for true metal, if you listen to it properly – paying attention to the lyrics, active listening and giving it enough spins, instead of just turning to the next release
stream after a few minutes.

Whilst playing with German melodic black metallers Dark Fortress, Walter “Crom” Grosse began working on a solo-project that was worlds apart from the raw aggression normally associated with the genre in which he started. The more the work progressed, the more Grosse realized that he much preferred to forge his own musical path, a path where melody is the defining factor, and, following on from the positive response to his debut EP “The Fallen Beauty”, he decided to focus his attention solely on the band that had become Crom.

Grosse has never made any secret of his admiration and respect for Quorthon. Like many other musicians, he is influenced by the epic melodies of the legendary Bathory, but, unlike many, he has allowed the influence to subtly shade, rather than define, the musical content. Crom has an individuality that can only be described as, well… “CROM”!  Delicate acoustic guitars are counter-pointed by crushing metal riffs. A powerful vocal performance is accompanied by melodies that are in turn poignant or majestic. And With his use of choirs, epic arrangements, skillful transitions, and stirring melodies, Grosse is able to conjure up images of mighty warriors and lost loves; epic struggles and tragic personal losses, despair and ultimate salvation.

After three records (“Vengeance” in 2008, “Of Love And Death” in 2011 and “When Northmen Die” in 2017) Crom started a brand new chapter in its career, signing a new record deal with From The Vaults releasing the new EP “Into The Glory Land” in 2021. A spearhead craved deep in the future, foreshowing the battle that was yet to come… “The Era Of Darkness” will be released on digital, CD and LP (black vinyl, limited to 300 units).

Check out the premiere for lyric video of “Higher Ground”, below:

Aniqo released music video for “This Has To Stop”!
Disconnected Souls will release cover song “Stop The Cavarly” from Jona Lewie on December 7th!