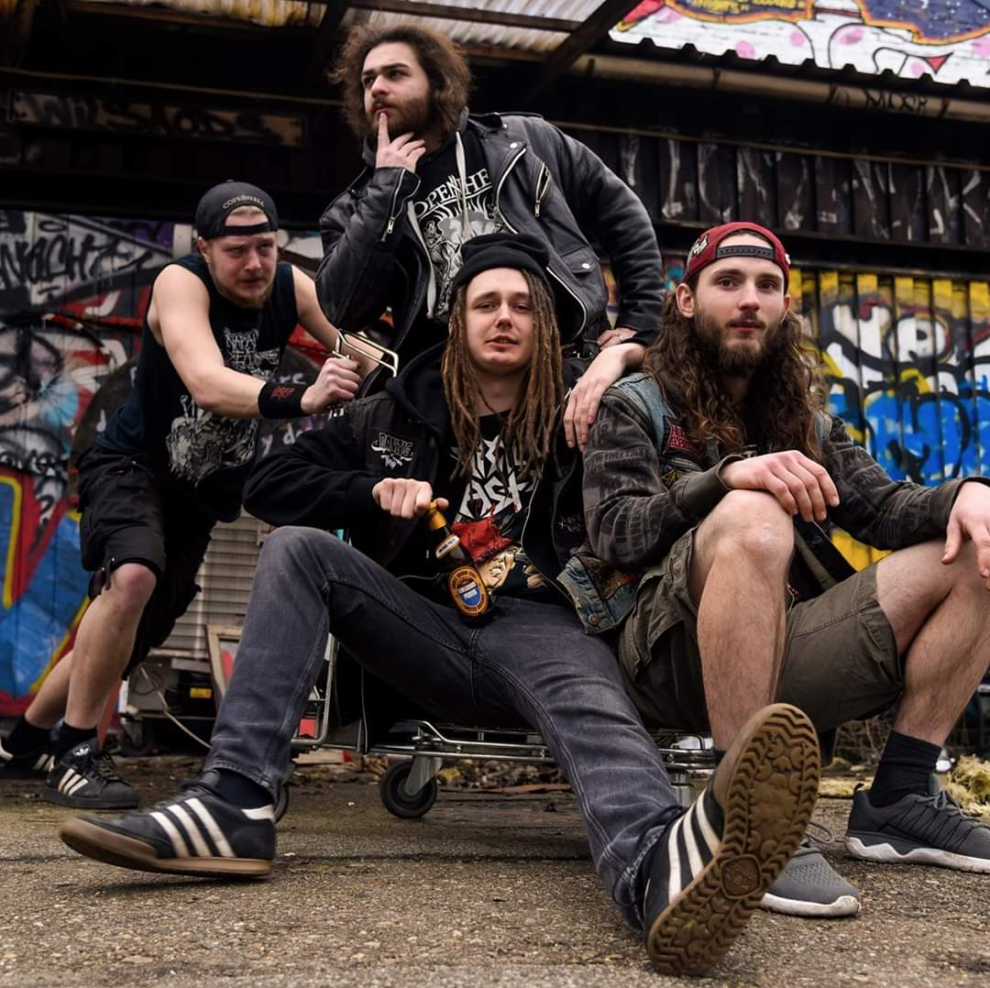 Danish thrash metal destroyers Demolizer premieres the new music video for the opening song “Copenhagen Burning” from their upcoming new record  “Thrashmageddon”, which will be released in September 11th via Mighty Music Records.

The song starts with the low, but crushing riffs and that intro that has apocalyptic vibe to it – then it gets ugly with some fast, furious crushing riffs in that true orthodox thrash metal style blended and mixed in the coordinated and balanced way with drum sets and the insanely good solos in the song –  also accompanied by flawless production, which presented every sound in the video so clear and balanced, making this song just an ultimate thrash metal experience.

Title of the song is yet again interesting, shocking like the previous one the “Cancer in the Brain” – it will for sure get the attention of the listeners, maybe even get the new ones, because of that ”I don’t give a fuck” punk attitude, outgoing rebellious way of presenting music and the title itself will bring more attention to this video, as well. This song is what thrash metal is all about, thrash metal fans will just love this one, it has everything that one furious, angry and outstanding trash metal song needs to have. The story of the video is about apocalypse and the folks that got back to their roots since the world is gone and destroyed, it goes well with the whole story of the song – presenting the whole concept of the song, apocalyptic vibe of it, visually it will show the fans and the audience the whole point of ”Copenhagen Burning” title in the right way.

At the very end of the song there are riffs that are influenced by Megadeth and the band did just an outstanding job in a very clever way mixing them with the rest of the song that is influenced by  another great band and their main influence and inspiration, that their music is mostly influenced by is Municipal Waste . They fused this influences with their own sound in a perfect manner. The story of course in the video finishes with violence and total terror, but that is the point- everything is burning and gone forever, there are no happy endings by this story and also it reflects the sad reality that we all already live in.  The result of the all elements and influences and story lines in the video, is that this is one crushing apocalyptic vortex of thrash metal domination coming your way to get you.

Embrace the fire of trash metal revelation, that will burn your mind for eternity.

Demolizer, formed in 2018, plays gut-crushing, hard-hitting, and unfiltered thrash metal that will have you picking up your teeth with crushed fingers after barely surviving the pit.

Demolizer is the manifestation of a big, angry middle finger pointed towards the Establishment, giving you the hardest, fastest, and thrashiest thrash metal you could ever dream of! If you like Slayer, Exodus, and/or, Municipal Waste, then you will love these guys.

The band was formed in 2014, and released their first EP, “Ghoul”, four years later. But it was the following year of 2019 that was the real game-changer; Demolizer made the finals in the Danish W:O:A Metal Battle, and released a demo + single – both D.I.Y-produced and released on Spotify. 2019 was also spent touring Russia and Denmark, as well as completing their new debut album, “Thrashmageddon”, which will be released in digital, CD and LP formats. Brace yourselves, this album is one big skull-shattering blow to the back of your head!

Check out the official premiere for the music video of “Copenhagen Burning”, here: