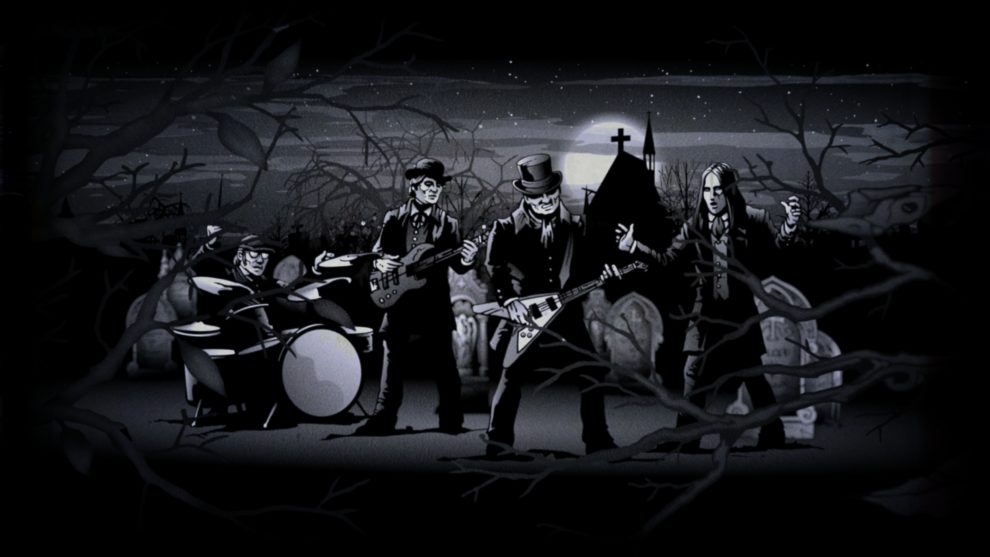 Micheal Denner’s former guitarist of Mercyful Fate/King Diamond with his new band Denner’s Inferno premieres the music video for the “Sometimes”,  taken from their upcoming new album “In Amber”, which will be released on November 15th via Mighty Music Records.

How to explain this video and song? It’s influenced by comic books, and the most amazing thing about it, it has a perfect background story for the song. The mastermind behind this masterpiece is Martin Helgren, also he created the music video for the song. This guy has a huge talent. It can be seen in his drawings that he likes to do his work in an old fashioned way but to add also a modern touch to it with the drawings, influenced by 70’s and 80’s comic books. He presented the story of the song in such a perfect way, with the true dark emotions in the story, making the story alive and interesting for the viewers, that will for sure enjoy this creation fully. 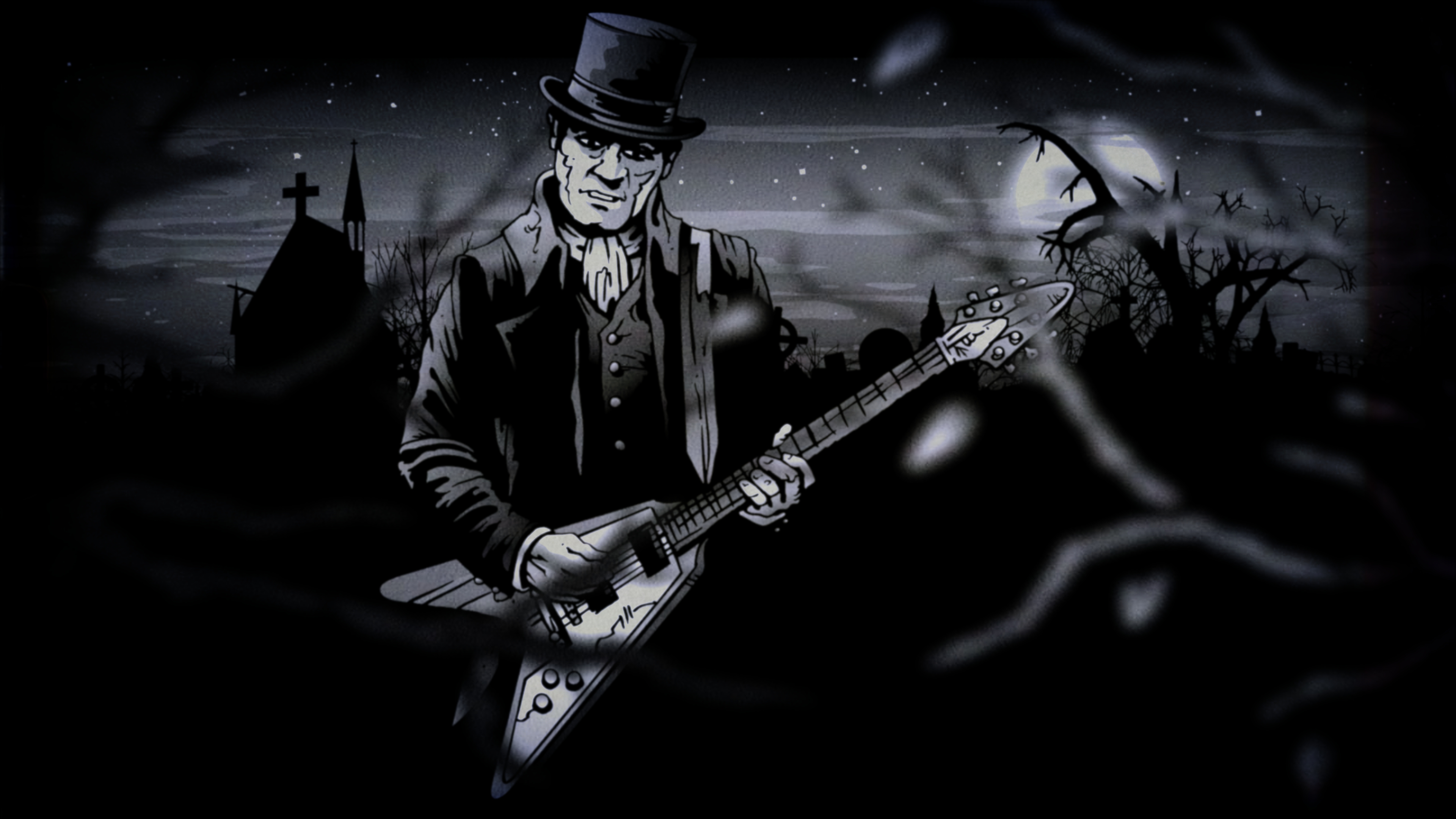 I like how the story is influenced by early King Diamond stories with the church and the cemetery, but the music is in the 70’s rock style which Michael mentioned before, and also it can be heard the influence of Black Sabbath yet again, with all of that doom metal vibe in the song.

Vocalist Chandler Mogel once again showed his awesome singing skills, with his balanced and high vocals, this song is a pure symphony of darkness, the true graveyard anthem.

Song was also written by Denner and Shermann with words by Jesper Harrits and Denner. The story talks about the man who griefs his wife, and he had a rose with him, which is symbolism for love. Meaning that love can beat all the darkness that exists. The man goes to the graveyard to leave the rose for his wife, but the wife is haunted, and then the vampire comes to take her soul, and he fights with him for her.

Finally, after being beaten down by a vampire, he wins in the fight by showing him a rose, which means love conquers all, then he saves his wife’s soul at the end. It’s a great massage at the end of the video with this, that everything ends well at the end, and of course, she is free, the power of the rose did its purpose. The romantic gothic story ends in a great way, with the message that true emotions sometimes live forever in someone’s heart. At the beginning of the video, there are solos guitars that can melt the brain off, slow rock groove riffs, with the slow drum set, creating some chilling but spooky atmosphere with the 70’s rock influence and vibe. With all of this song is just a masterpiece like no other. It will for sure stayed in the listener’s mind and soul because it has the influences and spirit of the true orthodox rock and roll. Rock will never die, and sometimes it takes over the living and the dead, like a fire, it will burn forevermore.

Michael Denner states this about the new song of Denner’s Inferno:

“The song deals in other words with the sentence “What if”, and things from the past that did not happen or worked out the way you hoped they would. The conclusion: why spend time on the “What if’s” in life when you can go for the reality and facts in the things surrounding you?” 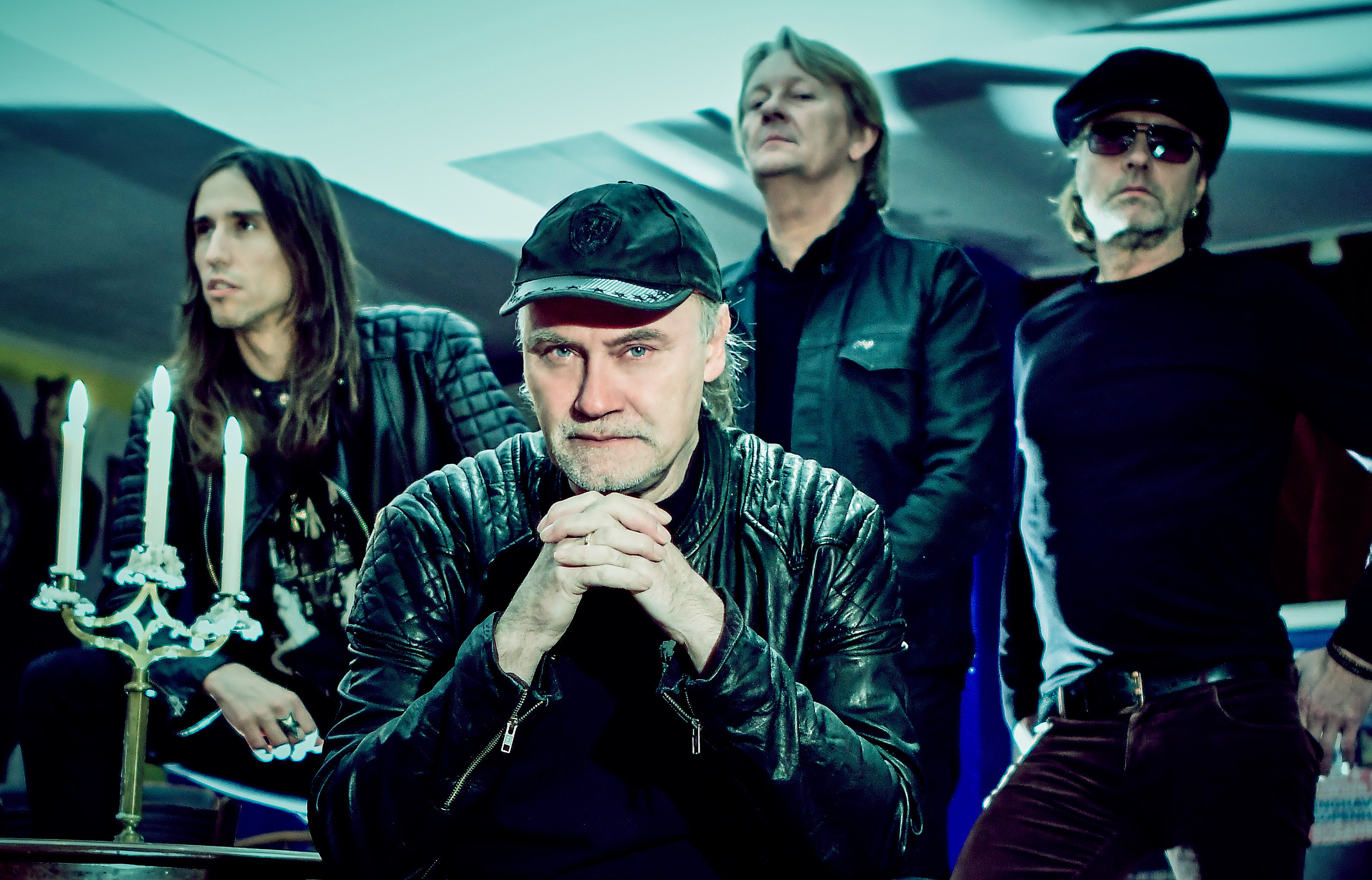 Statement of Michael Denner about his Vocalist Chandler Mogel:

“The big difference from the previous band is that this time I got the American singer Chandler Mogel to join, which has been a huge benefit. The big advantage is that Chandler and I share the same musical taste in many ways, so he has been quick to capture exactly what I meant when I had an idea.”

Check out the premiere of the music video for the “Sometimes”, here:

Junkyard Drive premieres the live music video for the “Home”, rock song about being home!
1349 streams their new release ”The Infernal Pathway” in full!