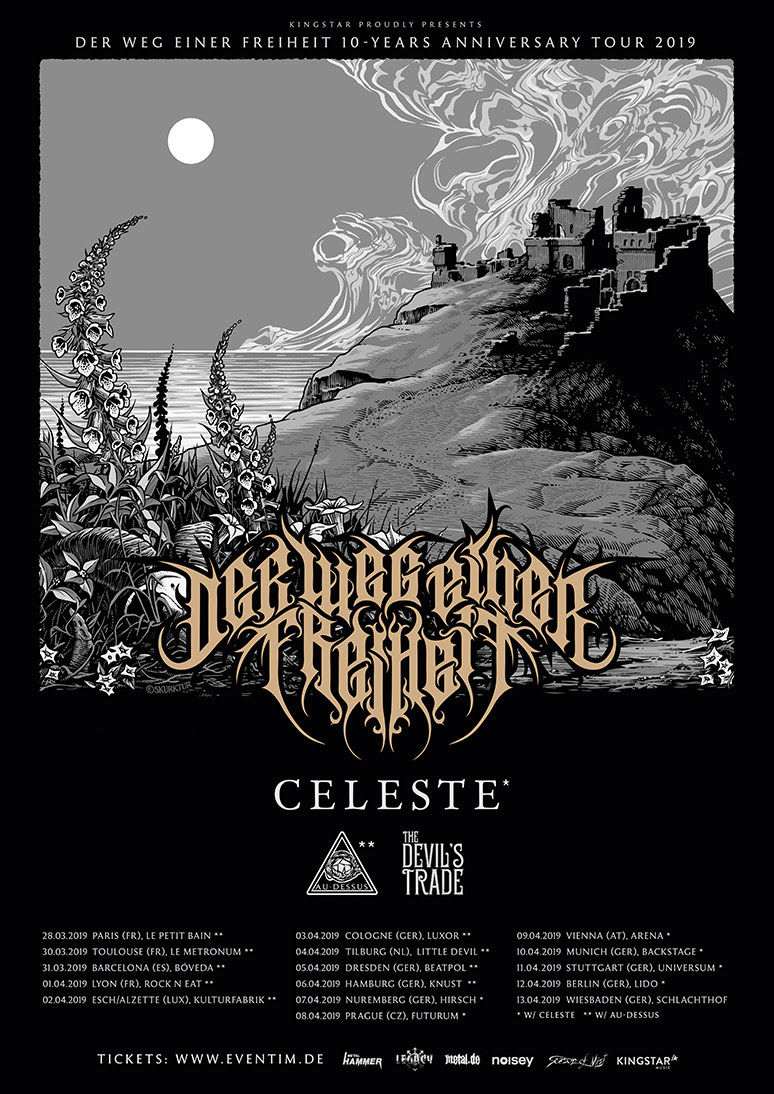 Der Weg Einer Freiheit have announced a 10-year anniversary tour in March and April 2019. On this special occasion, the band will perform their  self titled debut album in its entirety. Special guests on this tour are Au-Dessus (28.3. – 6.4), Celeste  (7. – 12.4), and The Devil’s Trade (all dates).

Vocalist Nikita Kamprad states this about the tour:

“2019 will be a special year for us! It marks the 10 year anniversary of the release of our first album “Der Weg einer Freiheit” and therewith the start of a long and exciting journey in our lives. In tribute to this album and everyone ever involved in this band, as a member or in the background, we’re playing it from start to finish each day on this special tour. The only time for the next… maybe 100 years? Don’t miss it, we’re bringing some great guests with us, namely Celeste,  Au-Dessus and The Devi’s Trade! On top we will celebrate the release of our upcoming live album on this run and will be equipped with a limited tour edition that will only be available on live shows during 2019. Get your tickets and see you soon!”

Check out the full stream of their latest release called “Finisterre” here, enjoy it: