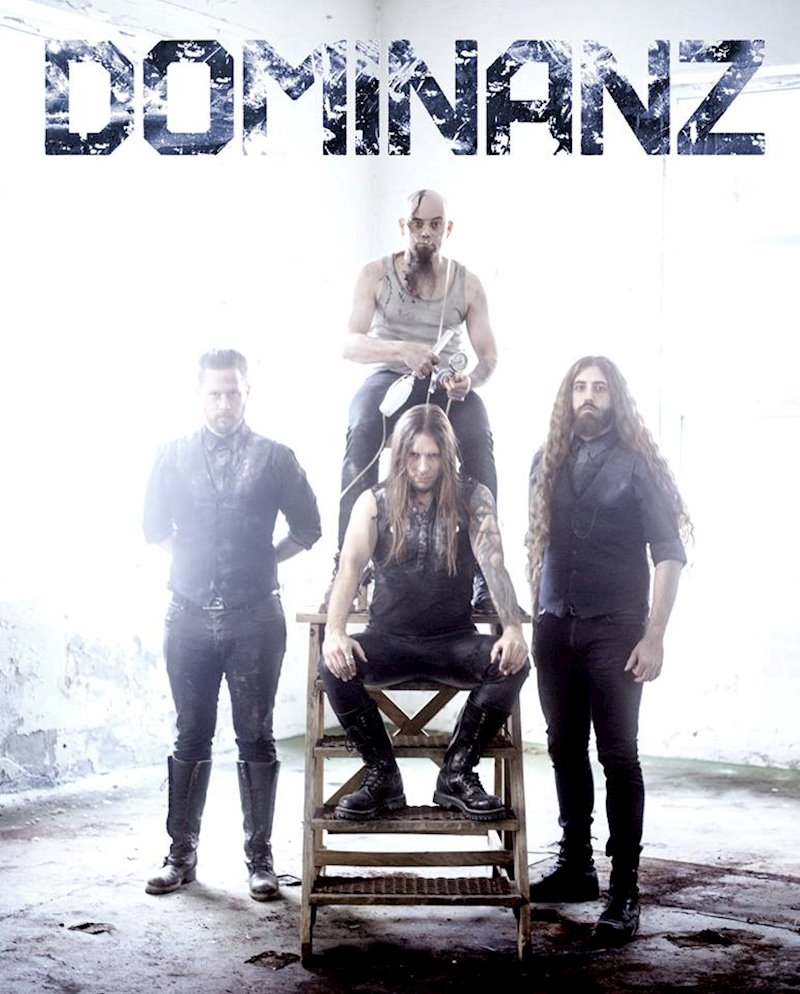 Dominanz premieres the music live/lyric video for the song called “Code Of Silence” from their newest release ” Let The Death Enter”, which was released in March 22th, via Mighty Music Records.

If someone want’s to hear a old school black metal with a modern influence and touch too it, without losing any true essence of black metal, in this case true Norwegian black metal, this is the band and song for those kind of people.

Catchy, brutal, crushing and nasty riffs are present in the song, with some amazing vocals, and this presents the true quality of this song, also why it’s so amazing in every way possible from technical part of it, to the vocals, and everything else.

The intro is in true black metal style atmosphere with some whispering voices, which is such a mind-blowing introduction to the whole song, and trough the whole song things got even better with some creepy child voices adding that dark creepy atmosphere to the song and the tension that will freeze listener body while experiencing this sounds. Drum parts are just so sinister and technically perfect, and I noticed that it is balanced so great with riffs, with the whole song, it’s like there are not just instruments, it’s like the whole band is playing pure devastating black metal with whole their being and soul, just priceless.

Of course lyrics are again anti-religious, also about the fallen one the Satan or Devil, and the lyrics are just dark, sinister, and just mixed with the whole song in some divine way and passion.

The most amazing think that needs to be point out is that the band has recorded a live lyric video just so they can show the audience and the fans the full spectrum of the song, as a live experience and also in the lyrical way so that they can remember it fully, genius move with some crushing dark black metal spirit, in the name of chaos. Black metal devastation in a form of the true darkness, in the name of the fallen one, rises above all.

As true ambassadors of the new generation of extreme metal with black metal influences hailing from Norway, Dominanz has not been performing bad at all.

“”Code of Silence” was the very first track we wrote for the album, five years ago. We would like to thank the Catholic Church for their inspiration for this one, and especially Australian “Father Jim”!

Formed in 2009, two years later they released their debut “As I Shine”. In 2014 Dominanz followed up with the critically acclaimed “Noxious”. The world press embraced it, and the reviews were overall great. It was darker and definitely stronger then the debut album.

The contributions of guest vocalists Abbath (Immortal), Olav Iversen (Sagh) and Doro Korsvold (Fairy) made the music even more eclectic and varied.

Dominanz are more influenced by their roots from the black metal, but for sure keep their atmospheric signature.

Check out the premiere and the stream of the live/lyric music video called “Code Of Silence” here, enjoy it:

Visigoth announces the release of new 7″ ‘Bells Of Awakening”!
Pectora premieres the music video for the song “Solitude”, furious punch of melodic destruction!