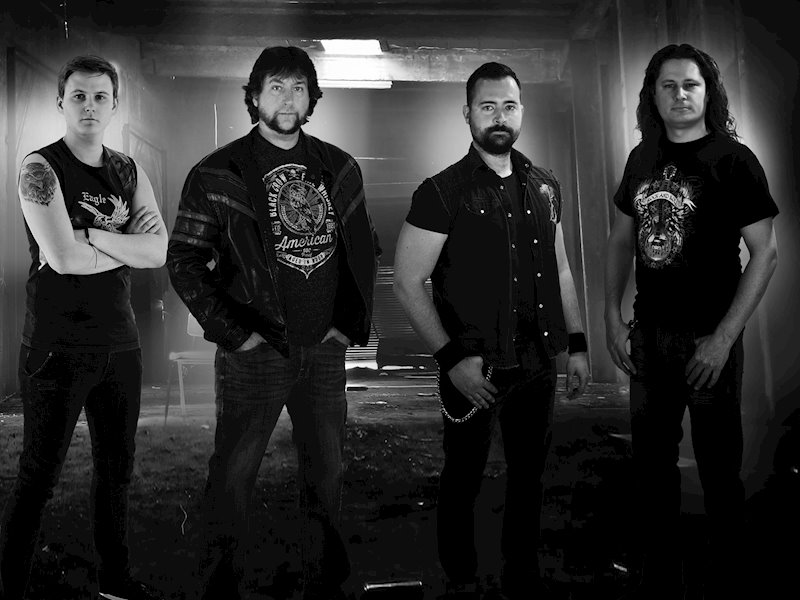 Dream Patrol premieres music video for the song called ”Tattooed Millonaire From Panama” . It’s a the song is a cover/mashup of Bruce Dickinson’s “Tattooed Millionaire” and Van Halen’s “Panama”, taken from the latest release ”Phantoms Of The Past”, which was release in September via Mighty Music Records.

Bassist and Songwriter Ronnie König  states this about the song:

“I’ve always loved the chorus of “Tattooed Millionaire”. It’s brilliant. The original idea was just to do a “normal” cover. At the same time, we knew that doing a cover is nice, but adding some value to it is even better. I know Van Halen’s “Panama” from one of the talk radio shows, where they play it as bumper music. When I heard it on the radio, it clicked. The second riff from Van Halen worked with the lyrics of Dickinson’s bridge and we took it from there. The result is a mashup and that’s why we also combined the names of both songs. Here it is: Tattooed Millionaire from Panama”.

Dream Patrol is an international hard rock / classic rock band founded by Ronnie König in 2016. The band members are from USA, Slovakia, Austria and Czech Republic.

The inspiration for the band name comes from the 80’s horror movie  ”A Nightmare on Elm Street”, in which a demon-like creature would attack you while you were sleeping, with Dream Patrol you shall fear no more. It is a special office of combat against mind-invaders, working for you overtime, whenever you put on your headphones and start daydreaming.

The band started recording the debut album in 2016. Radim recorded all drum tracks during a 2 day studio session in the summer of 2016 in Senec, Slovakia. Ronnie started recording his bass parts shortly after. The first 3 songs, that Filip (guitar) recorded were ”Dream Patrol”, ”Get Back Home” and ”Playing With Fire”. These 3 songs were used for the singer auditions. A couple of really talented singers took part in it. The band chose to have Eli Prinsen as the lead singer.

Since the line-up was completed, the band has been recording one song after the other. In spring 2018, demos were sent to record labels. Several offers from European and US labels were received. The band decided to sign a deal with Scandinavian premiere Rock / Metal label, Mighty Music Records from Denmark.

Now the band is ready to release their debut album ”Phantoms of The Past” on September 21st 2018!

Check out the music video for the song “Tattooed Millonaire From Panama” here, enjoy it: