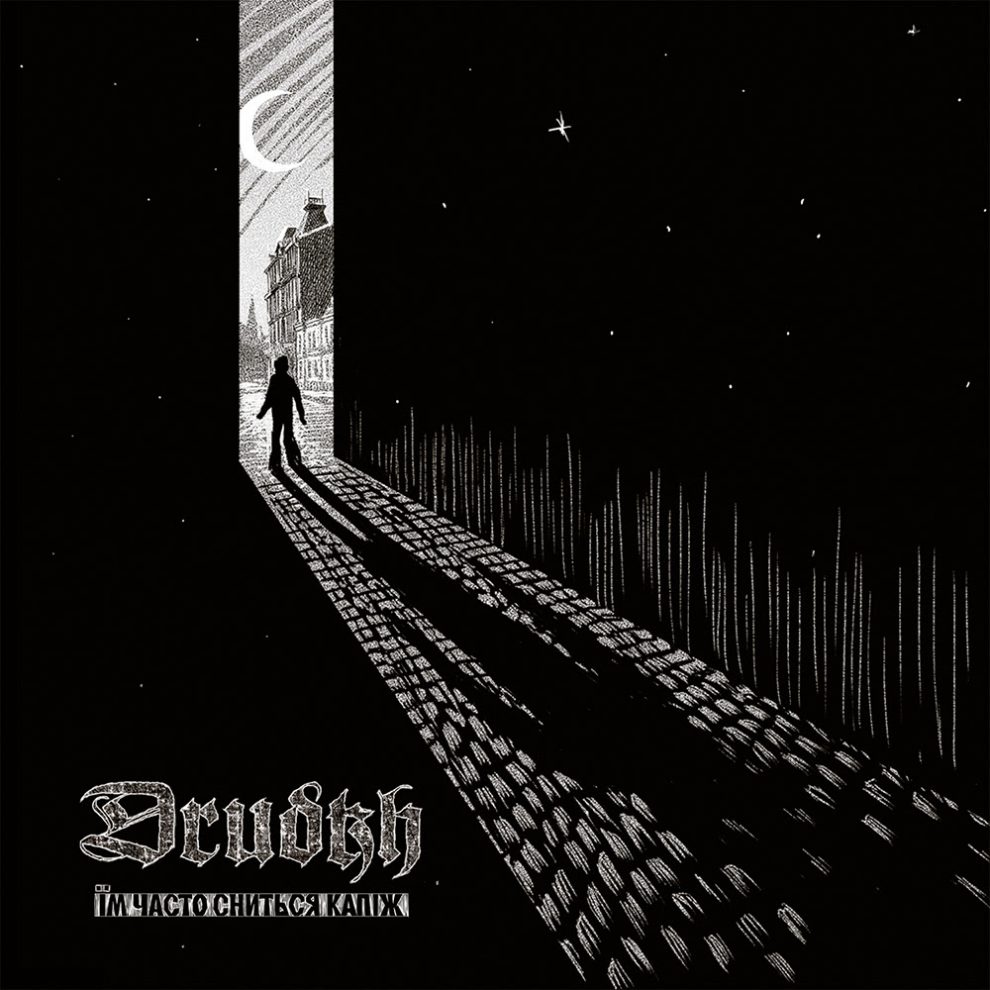 Ukrainian black metal icons, Drudkh are streaming the second track of their forthcoming new album, ”Їм часто сниться капіж” (They Often See Dreams About The Spring), which will hit the stores on March 9th, 2018.

The song, “U Dakhiv Irzhavim Kolossyu…” is based on a poem by Ukrainian writer Maik Yohansen, who was murdered by the Soviets in 1937 and is now exclusively streaming via Metal Hammer.

Here is the link to Metal Hammer news for the song stream:http://teamrock.com/feature/2018-02-13/exclusive-ukrainian-black-metal-masters-drudkh-reveal-a-majestic-new-track?mc_cid=96723b368b&mc_eid=1863a68ca4

Artwork and album details of ”Їм часто сниться капіж” (They Often See Dreams About The Spring) can be viewed below.

Drudkh are a black metal legend. True to the values of this extreme genre, the enigmatic Ukrainians refuse to follow the rock ‘n’ roll rulebook and provide no answers, no statements, no-shows, all that matters to them is their music.

The sound of Drudkh is equally based on a solid foundation consisting of the by now traditional Nordic variant of this style as on the band’s highly distinct individual “Slavonic” interpretation of it.

Yet at the same time, Drudkh have constantly evolved, shifted, and morphed their musical approach while holding true to the original course. It is, therefore, no surprise that their forthcoming eleventh full-length, ”They Often See Dreams About the Spring” (which is a translation of the original Ukrainian title) brings another slight correction to the general direction. Where previous album ”A Furrow Cut Short” (2015) basically followed on the harsh and old-school lead of its predecessor ”Eternal Turn of the Wheel” (2012), Drudkh‘s new masterpiece offers a more atmospheric and melodic feel that rather points towards the cinematic soundscapes of ”Autumn Aurora” (2004).

In their ongoing metamorphosis, Drudkh seems to have abandoned the slightly progressive and lighter tone of ”Handful of Stars” (2010) for the time being. This does not mean it can never return… The Ukrainians have for example revisited their early legacy from the Nordic black metal inspired debut ”Forgotten Legends” (2003) several times, but also occasionally brought back the folklore influences that had characterized ”The Swan Road” (2005). On ”Blood in Our Wells” (2006) some progressive elements surfaced clearly for the first time, while the instrumental and partly acoustic ”Songs of Grief and Solitude” (2006) was followed by a sharp turn on the bleak and brutal album, ”Estrangement” (2007). ‘Drudkh’s celebrated highlight, ”Microcosmos” (2009) finally appeared to tie up the different strands of their previous works, before a new cycle started with the next albums.

Drudkh‘s latest albums and split-singles have drawn heavily from 20th-century Ukrainian poetry for lyrical inspiration and ”They Often See Dreams About the Spring” continues this trend. Poetic gems from Bohdan Ihor Antonych, Maik Yohansen, Vasyl’ Bobyns’kyi and Pavlo Fylypovych have been unearthed by the band and brought back to life on this album. ”They Often See Dreams About the Spring”delivers black metal poetry at its best. Let your ears hear and your mind wander…

Nocturnal Graves official premiere and streaming of the song “Ecdysis, Shedding Weak Flesh” is available!
Primordial releases video for new song ”To Hell Or The Hangman”!