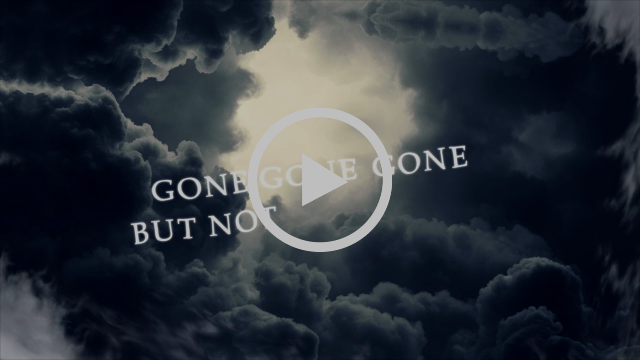 Electric Boys premieres the lyric video for the song “Gone Gone Gone”, which is taken from their latest release “The Ghost War Diaries”, which was released last year, via Mighty Music Records.

This song is classical rock song, and it can’t get more classical rock in musical style. The lyrics are great about life and difficult times in life, the melody and the sound are mixed very well with the song, it’s has that country vibe music to it, which is great, it adds to this song more life and cheerfulness. It has relaxing tones, and it is enjoyable for listening. I like how the tempo of the song becomes explosive in the main chorus, and present perfectly the emotions and energy. Classical rock power, with the relaxing sounds that feeds the soul.

Statement of the Conny Bloom about the new lyric video/song:

”Gone Gone Gone is our third single from the latest album ”The Ghost Ward Diaries”. It’s about a dear friend who was a musician, who passed away a few years ago. It’s our tribute to him and to heroes and loved ones that we’ve lost over the years”.

Sweden’s Electric Boys were one of the first and most celebrated purveyors of the short-lived funk metal phenomenon of the late ’80s and early ’90s. Led by charismatic singer and guitarist Conny Bloom and with a splash of Beatle-esque pop-psychedelia, the quartet garnered rave reviews and built an impressive following in Europe & America.

In the meantime, they recorded a single with swedish comedian Svullo that became a huge #1 hit in Sweden and sold platinum.

The band was developing fast and so was Conny’s songwriting. In 1990 producer du jour Bob Rock was brought in to record 5 new tracks prior to release stateside. The video for “All Lips N’ Hips” was placed in daytime heavy rotation by American MTV for many weeks and ended up on the Billboard chart at #16.The album went to #90 and the band followed up the success with tours in Europe and America.

Electric Boys second album, Groovus Maximus (1992) was recorded in Abbey Road studios and showed a great melodic improvement in songs like the songs “Mary In The Mystery World” and “Dying To Be Loved” combined with their trademark grooves. After intensive touring following the release, personal issues led to a split of the band, enter guitarist “Slim” Martin Thomander and drummer Thomas Broman. The band started working on new heavier material. First gig with the new line-up was supporting Metallica.

Released by independent Music for Nations in 1994, their third effort, ”Freewheelin”, was a more straightforward hard rocking album in the same vein as “stoner rock” before the word had become a cliche. Following the cancellation of a planned European tour supporting King’s X, Conny and Andy felt they couldn’t take the band any further and decided to call it quits with a final gig in their hometown of Stockholm. Conny Bloom would remain active as a solo artist and eventually joined former Wildhearts main man Ginger in Silver Ginger 5.

In 2005, Andy Christell and Conny Bloom joined the legendary Hanoi Rocks and toured frequently in Europe and Japan for about 4 1/2 years.

Hanoi Rocks did their last shows in April 2009 and Conny Bloom and Andy Christell joined forces again with the original members Niclas Sigevall and Franco Santunione and reformed Electric Boys at Sweden Rock Festival. After some touring they recorded a new album “And Them Boys Done Swang” that was released in April 2011. Conny described it as “Groovus Maximus part 2”.

The band is currently working on a follow up to Starflight United (released in 2014).

Check out the premiere and the stream of the lyric video for the song “Gone, Gone, Gone” here, enjoy it:

Arch/Matheos to release upcoming album”Winter Ethereal” May 10th via Metal Blade Records!
Purser Deverill premieres music video for the song “Factor X”, classical rock spirit, with an attitude to it!