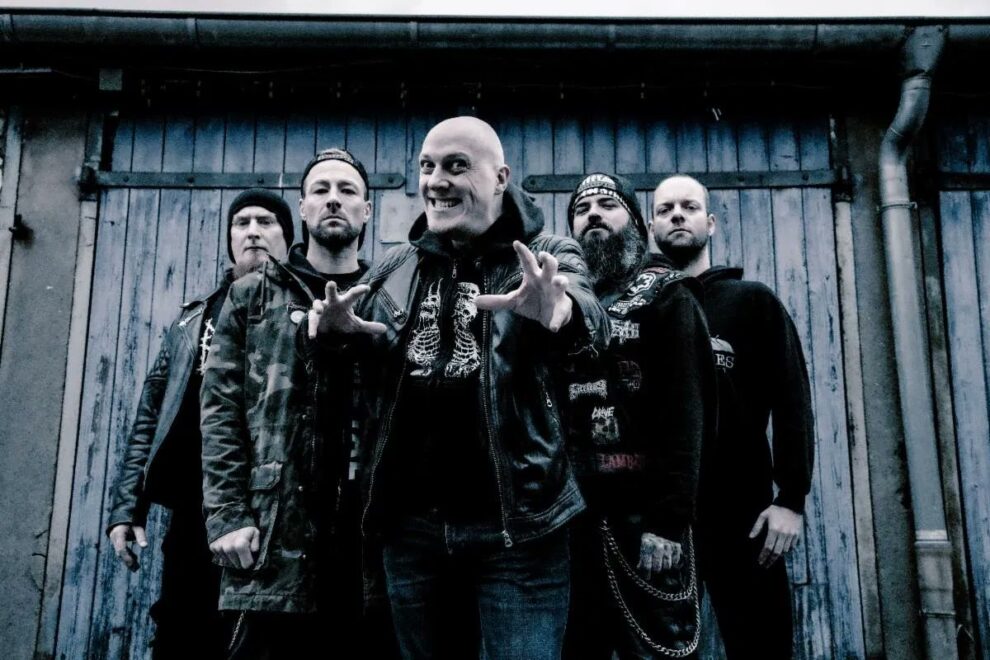 The band states this about the new song/lyric video:

“With great concerns, we’re noticing the growing civil unrests and social division on a global scale. We constantly get confronted with violence and injustice in the media, witnessing the increasing decline of conversation powerlessly. We are aware that stability is not a given condition while autocratic and anti-democratic tendencies are on the rise, also in our system. How much longer can we live in peace when the community and constitutional principles are getting pushed further back constantly? Countless leaders and despots undermining democratic values have contributed to the negative global changes over the years. Hate spreads further and further, like a cancer, as we speak.

Nip things in the bud and leave no inch to fascist ideologies, warmongers and racketeers. Humanity has suffered a lot from misery coming from exclusion and hatred. We as a band stand up for democracy, participation, human rights, equality of opportunity, freedom of speech, social cohesion and global solidarity.”

The previously released song, “Unholy Rites”, can be heard at: metalblade.com/endseeker – where ”Mount Carcass” is available for pre-order in the following formats:

After unleashing ”Mount Carcass”, Endseeker will host a record release livestream show on Sunday, April 18th at 10AM PST//1PM EST//7PM CET. Streamed live from Knust, Hamburg, reserve your ticket now at: eu.kingsroadmerch.com/endseeker. Tickets are available only as bundles with purchase of CD or vinyl (shirt optional) via Kings Road.

“We took all the frustration and despair over the cancelled shows and the whole misery Covid has brought upon us all and forged it into a bunch of straight forward, powerful songs that accompanied us through 2020 and will now be shared with the rest of the world. ”Mount Carcass” is definitely our most focused – in a way, even the angriest – record so far, and ”Unholy Rites”, with its uplifting zombie-vibe, is the perfect opener for this new chapter in the history of Endseeker. We’d of course love to start this new chapter with YOU, our fans. Sadly, there won’t be a sweaty sold-out release show like last time, however, we’re back at the Knust in Hamburg on April 18th for a special livestream event (more details to be revealed soon). Come and celebrate with us online until we see each other in the pit again!”

Like both of its predecessors, ”Mount Carcass” was recorded, produced, mixed, and mastered by Eike Freese at Chameleon Studios in Hamburg, Germany. Going into the record, Endseeker knew they wanted something rawer and more organic than ”The Harvest”, and while Covid was causing global havoc, the band embraced the time they would have otherwise spent touring, using it to rehearse and discuss what they wanted the record to be. From this process they knew they wanted the songs to be quite straightforward.

The band continues about the new record:

” The album is punkish / crust feel, so to speak. The songs are pretty reduced to the core with all the ballast removed. Every part and every riff has a meaning and isn’t just there for no other reason than extending the song. The album is also very melodic. There are a bunch of very strong guitar hooks and vocal compositions that really stick in your ears for days. It’s way simpler and probably more easy to listen to compared to ‘The Harvest’ or ‘Flesh Hammer Prophecy’, but at the same time, it has a very spontaneous and lively attitude with a big chunk of personality.” To keep the genre sounding fresh in 2021, they focused on the production, having just a touch of the old school vibe to remain rooted, and they did not limit themselves too hard to the Swedish death metal style of songwriting they previously embraced, but also let other influences into their songs. “You can hear all kinds of stuff that is inspired by bands like Morbid Angel, Bolt Thrower, Slayer, Dissection, Gorefest, etc. We listen to so many different bands, and somehow, a bit from all of this keeps adding to our music.” 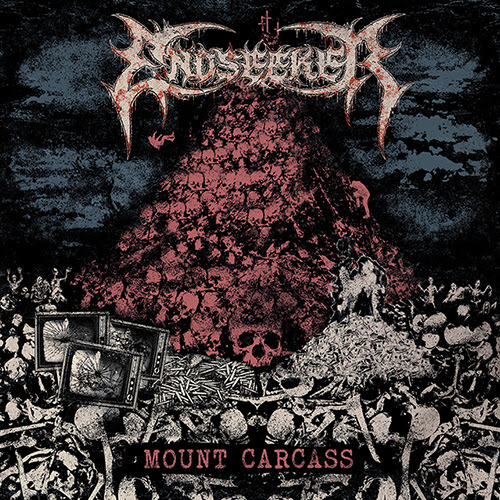 Check out the official lyric video “Count The Dead”, here: