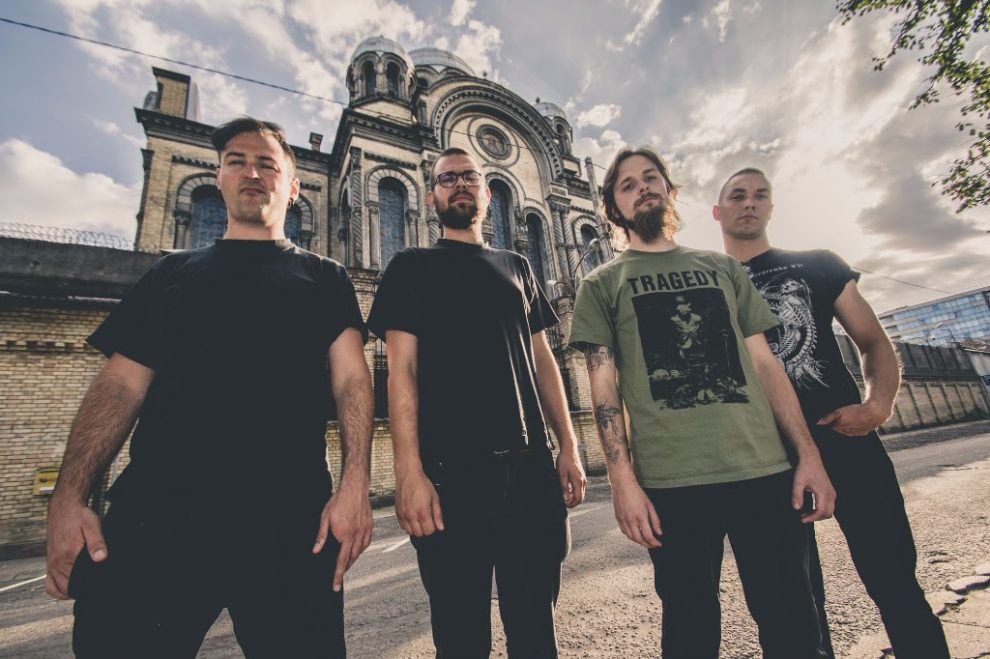 Erdve are now premiering their complete forthcoming debut full-length, ”Vaitojimas”, which will hit the streets on February 9th of 2018.

Erdve stated this about the new album:

“This album was recorded with the intention to be presented in its entirety, and finally, we can unveil our full creative vision to the audience. ‘Vaitojimas’ means a lot to us, although at first, we certainly did not hope for it to become available on such a scale. Words cannot express how grateful we are to everyone involved and to those who appreciated the album enough to have it actually released. We do believe that this album truly conveys our environment, perception of things, and our understanding of immensely heavy music or what it means to us. We would appreciate if you reach out to us with your own experience or insights whilst listening to the record and engage in a discussion.” 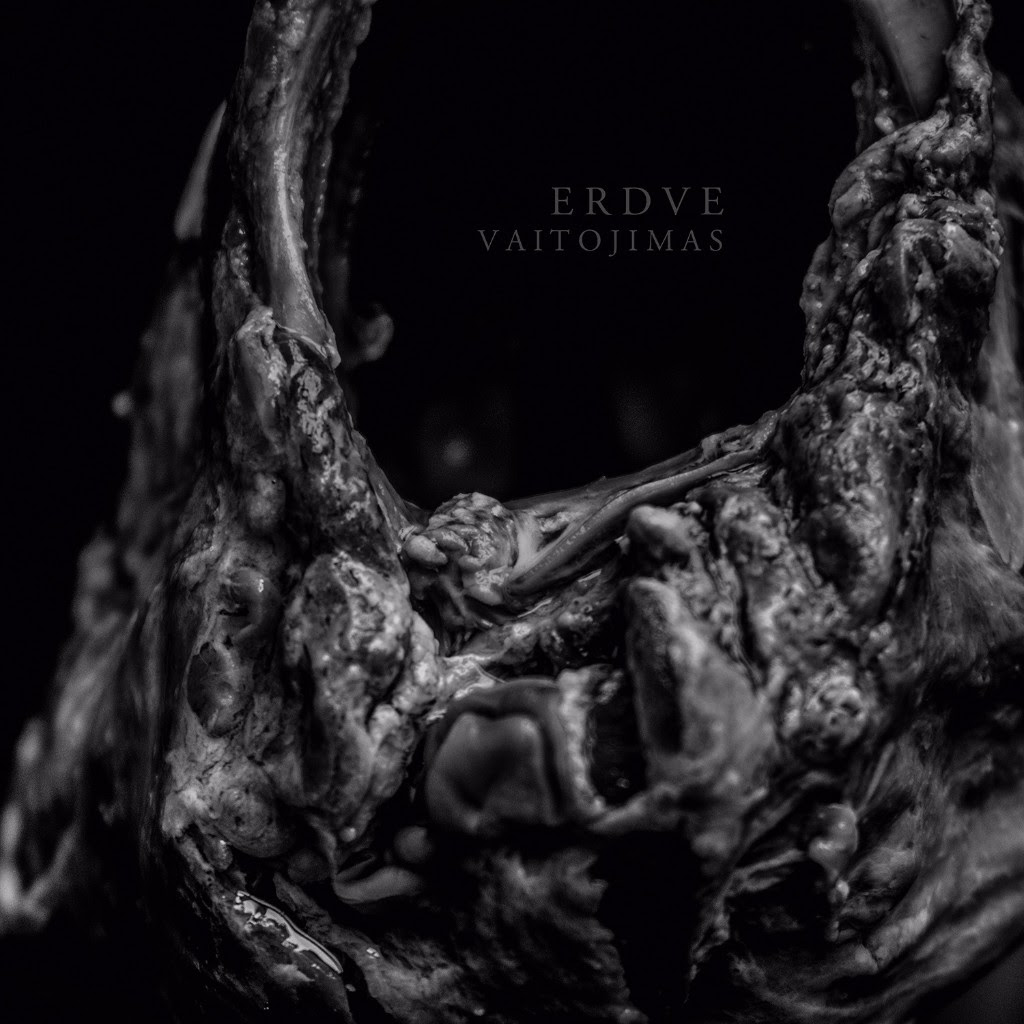 Heavy insanity drips atmospherically out of every crack and crevice of ”Vaitojimas”, which translates as “gibberish moaning”. The album revolves around a concept of an emotional void filled without any moral barriers to self-satisfy the inner degenerate ranging from the ordinary to the criminally insane. This idea is turned into melodies, rhythm, and sound by Erdve.

When Erdve formed in the Lithuanian capital Vilnius in 2016, the band had a clear aesthetic vision of creating a unique heavy sound that experimented with elements from hardcore, sludge, and black metal – yet was not bound by any unwritten “rules” surrounding those genres.

Erdve‘s members had already been active in their local scene and performed in various acts such as Nyksta, SRAIGĖS EFEKTAS, and Spirale. A self-made tape version of their debut made its rounds in underground circles and the Lithuanians received the rare honor of being picked straight out of the dreaded demo pile by virtue of their musical strength and compelling quality.

The core ideas behind Erdve are translated into lyrics, visuals, and sound by in-depth reflection on concepts such as domestic violence, utmost disgusting behavior, crimes against humanity, and extremism.

With ”Vaitojimas”, Erdve are planting a fresh Baltic landmark, a largely unexplored region, into the international metal scene so far. Begin your journey into the new Lithuanian darkness!

Check out the full free streaming and the premiere of the new album ”Vaitojimas” here, enjoy it: