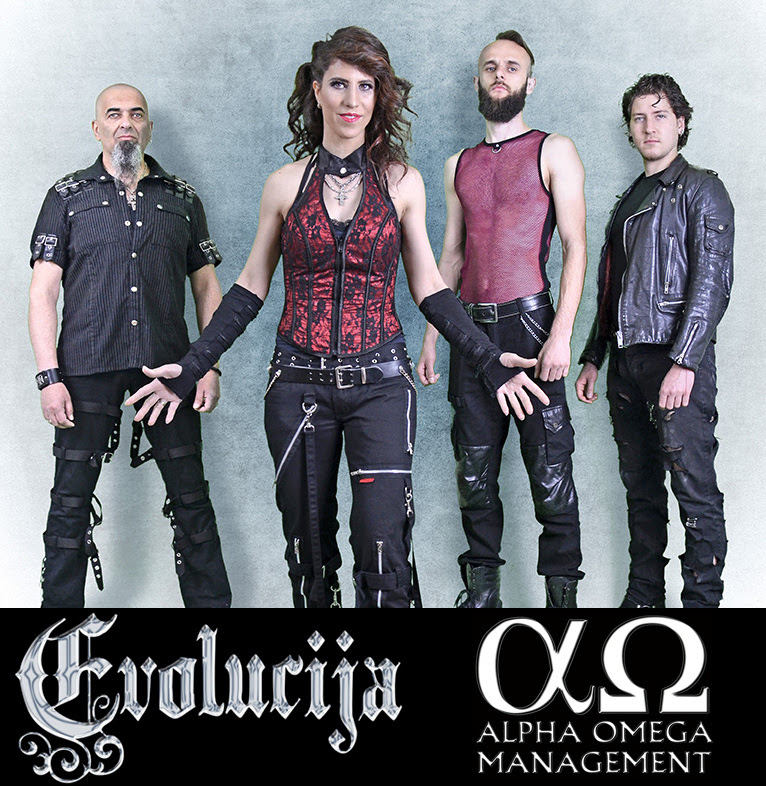 Alpha Omega Management are pleased to announce the signing of Evolucija!

Swiss-Serbian Evolucija was formed in 2007 in Switzerland by Dragisa Marinjes. In the same year the debut album “Baklja slobode” came out on Tioli Records. For the German film “Die Templerherren” Dragisa composed the official soundtrack “Pale Rider”. In 2012 Dragisa and Swiss Frontwoman Ilana moved to Serbia. Their second album “Igra pocinje” was released in 2016 again on Tioli Records. The first album in English “Hunt” came out on March 30th, 2018, on Pure Steel Records. The German Cute & Dangerous Magazine rewarded the band with the Inncoent Award for the album, becoming then the winner of “Album of the Year”. Highlights of Evolucija are Montreux Jazz Festival (CH), Karneval Vrnjacka Banja (SRB), Beer Fest Belgrade (SRB), BARF Festival Belgrade (SRB) and Swiss Metal Attack Z7 Prattlen (CH). The band is currently working on new album, more information will be revealed soon.

The band states this about the sing-up:

“We are super proud to tell everyone that we signed the deal with Alpha Omega Management. We are in the process of writing and recording our new album, our goals are set high, so we need the best support possible when it comes to promotion activities. Therefore, nothing makes us happier than being able to work with these fine people. We always wanted to be able to focus primarily on our music, without having to worry about business part of things, and becoming part of Alpha Omega family will allow us to do that. Expect great thing in the future, and see you on the road!!!”

Check out the music video for the song called “Rose With No Name”, here:

Check out the music video for the song called “Letim”, here: