The Dutch ongoing festival, Sneker Metal Meeting, is happy to announce that the Swedish rising force in Modern Metal, EYES WIDE OPEN, will be co-headlining the festival alongside the German beasts of Flesh, DEBAUCHERY. Dutch Heavy Metal legends MARTYR will also take part in the festivities, creating a multi-genre Metal event.

Just recently, EYES WIDE OPEN completed yet another European tour, co-headlining with their Swedish counterparts, THE UNGUIDED, with the German HOPELEZZ supporting on most of the dates. 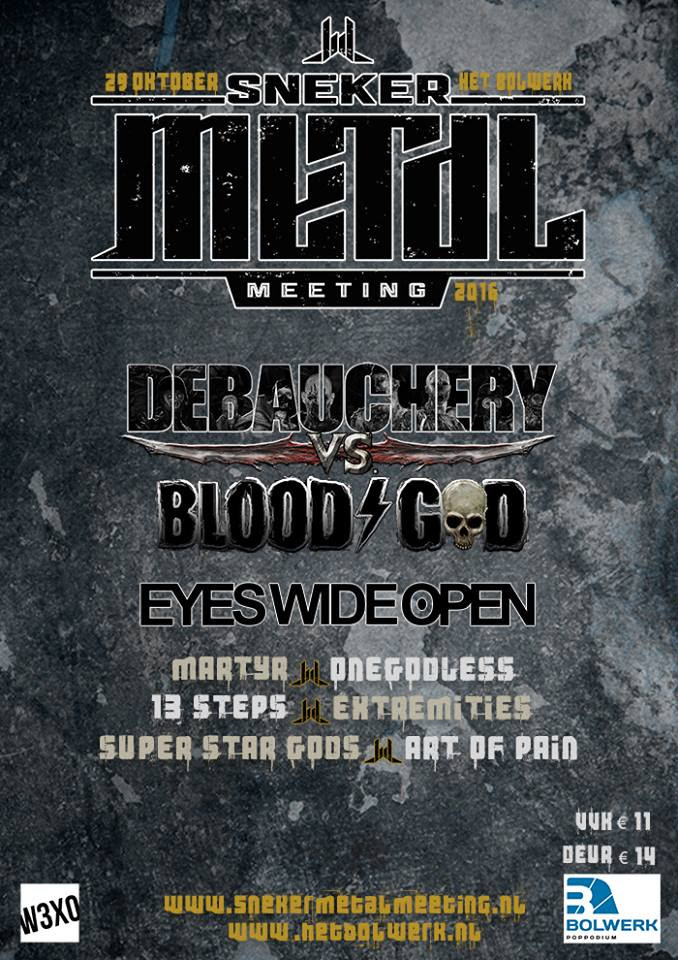 Since 2011, EYES WIDE OPEN unleashed two releases, “Revelations” and “Aftermath”, both paved their road on becoming one of the foremost Metal rising stars. Currently the band is in the process of writing additional material for the next album  and already released a new single called“Blindead” that has managed to turn heads.