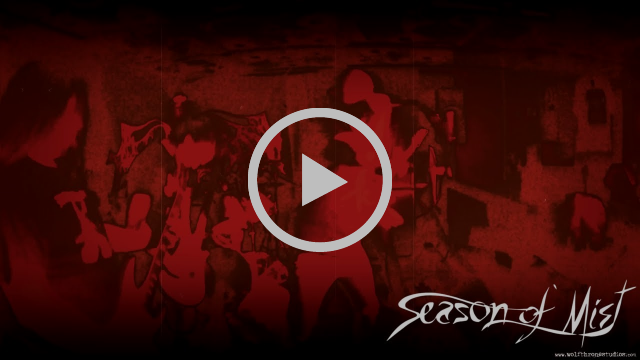 Finnish death metal outfit Festerday have released a music video for the song “Kill Your Truth”. The song is taken from the full length debut  ”iihtallan”, to be released on January 4th 2019 via Season of Mist Underground Activists.

Festerday have previously revealed the artwork of their new album. The cover was created by Christophe Moyen and can be viewed below together with the tracklist.

Tracklist:
1. Intro – The Last Night Of The Earth
2. Edible Excrement
3. Tongues For Rotten Kisses
4. Kill Your Truth
5. Control Not Your Soul
6. Dreaming For The Dead
7. Vomiting Pestilence
8. Flowers Of Bones
9. Flowers Of Stone
10. Into The Void
11. Constructive Decomposition
12. Gravelove
13. The Human Race Disgrace
14. Your Saliva My Vagina
15. Let Me Entertain Your Entrails

Following Festerday’s first EP “Cadaveric Virginity” on Season of Mist Records, comes the bludgeoning debut of these cult death metallers, titled “iihtallan”. The album, to be released on January 4th, will ensure that 2019kicks off with a loud bang for (old school) death metal fans.

Starting out in 1989, Pietarsaari, Finland, Festerday was inspired by early, classic death metal acts and named their band after a song on “Reek of Putrefaction” by Carcass.

Early on in their career, the death metal formation released three demos, in truly laconic Finnish style simply entitled ”Demo I” (1991). ”Demo II” (1992), and ”Demo III” (1992) that gained cult status. ”Demo II” was also released on a split with Carnifex. In 1993, the group disbanded.
This could have been the end, but Festerday regrouped in 2013, remastered all their previous material with Sami“Jämy” Jämsen at Studio Perkele in November 2014, and released everything on ”…the Four Stages of Decomposition…” (2015). Since then, the Finns have continuously worked on their craft, by releasing various splits, compilations and EP’s.

It may have taken some time for Festeday to realize their debut full length, but now that it’s here, the metal scene is in for something wicked. Merging their old school death metal roots with black metal and punk, the veteran musicians aren’t afraid to push the borders of extreme music and refuse to conform to what is standardized in death metal. Brace yourself for ”iihtallan”!

Check out the music video for the song called “Kill Your Truth” here, enjoy it: